Queen Victoria made many visits to Netley hospital.

Here are the dates she visited according to her diary entries: 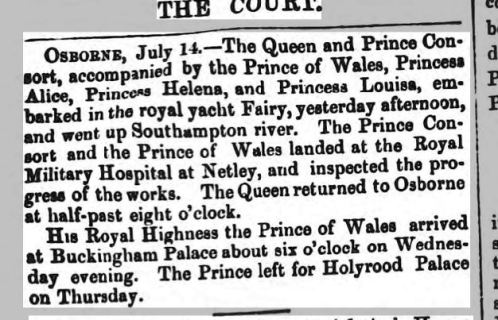 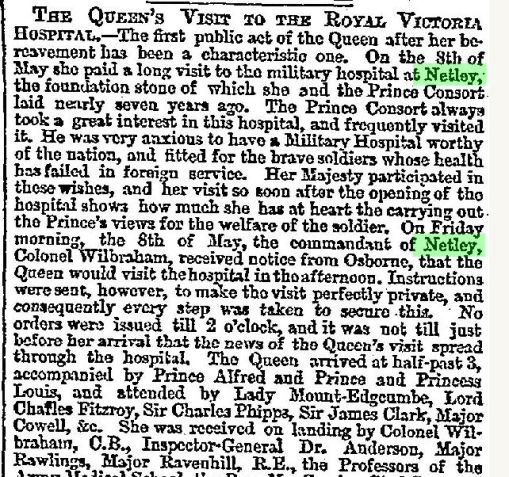 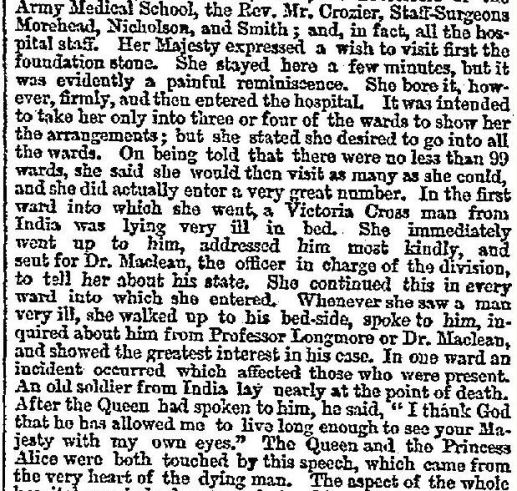 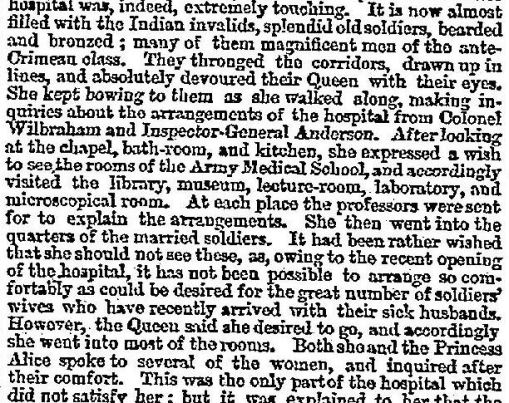 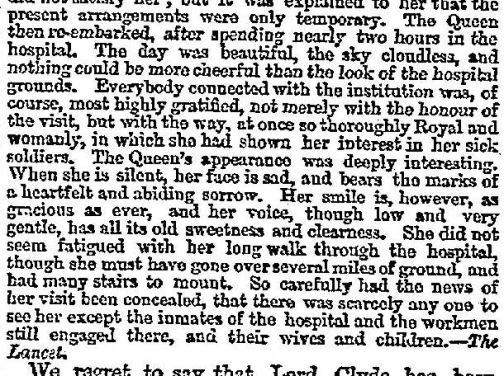 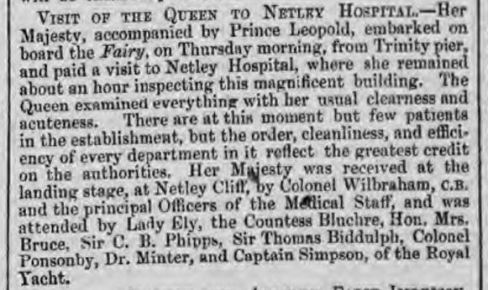 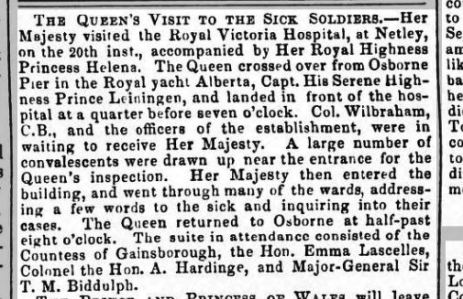 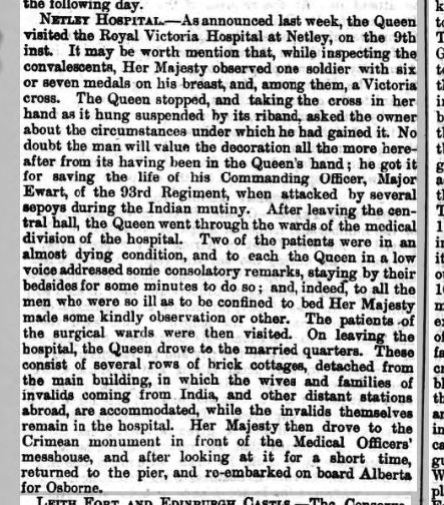 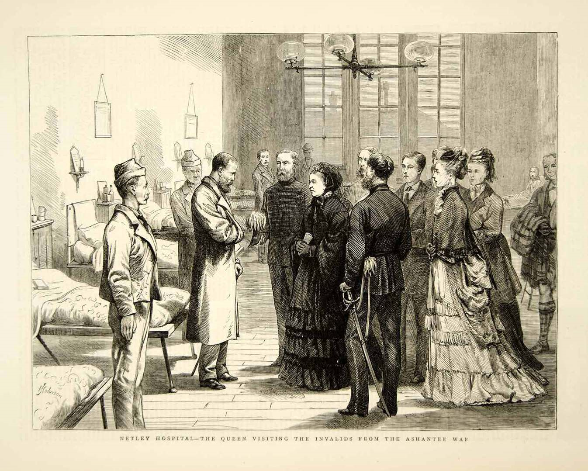 1874 The Queen visiting the invalids from the Ashantee war 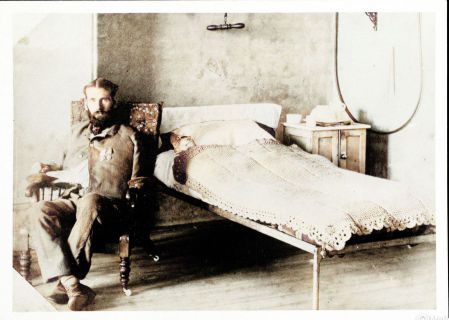 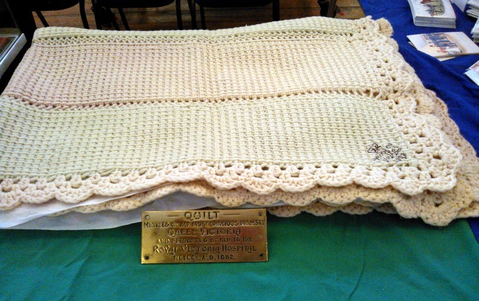 Here is a photo taken on 9th June 2013 of the quilt made by Queen Victoria. The plaque says:

Quilt Knitted by Her Most Gracious Majesty Queen Victoria and Presented By Her To The Royal Victoria Hospital Netley A.D. 1882

It is now at the Army Museum. 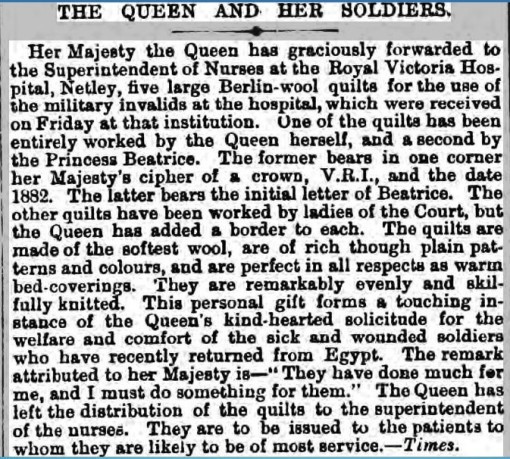 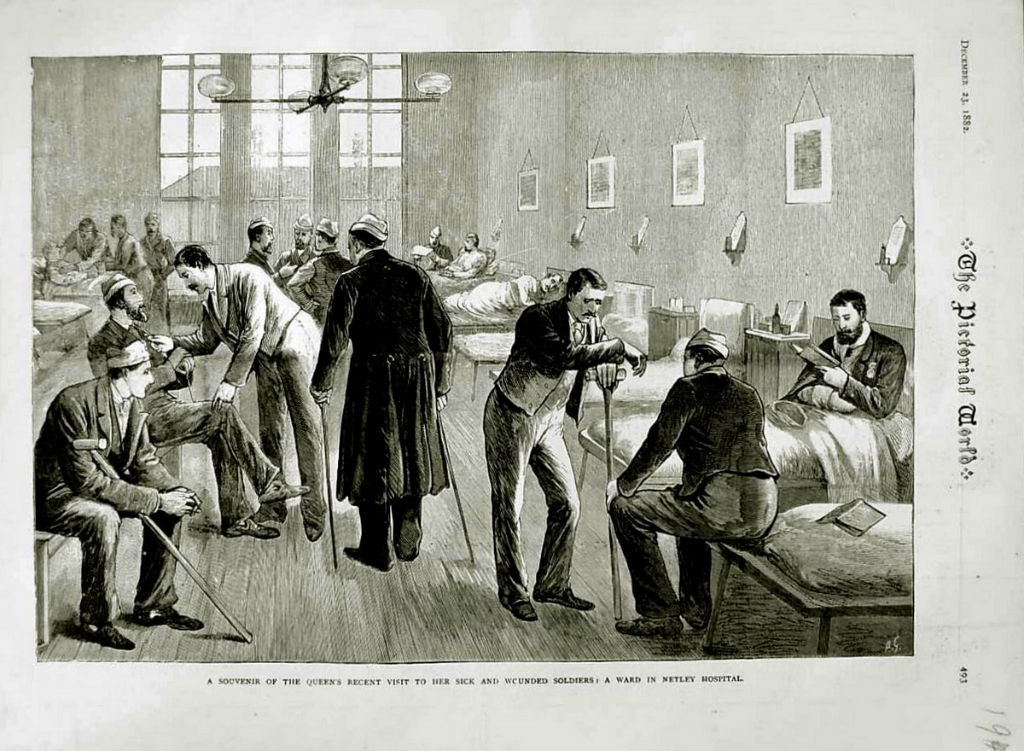 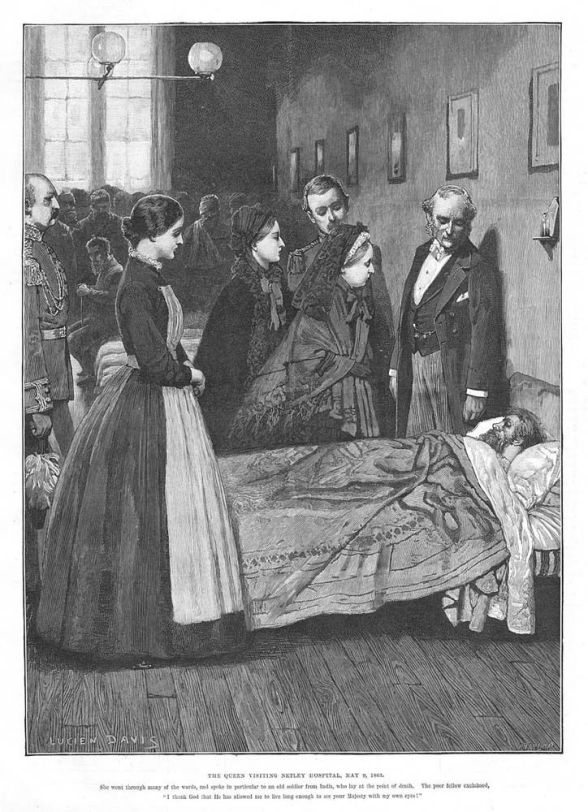 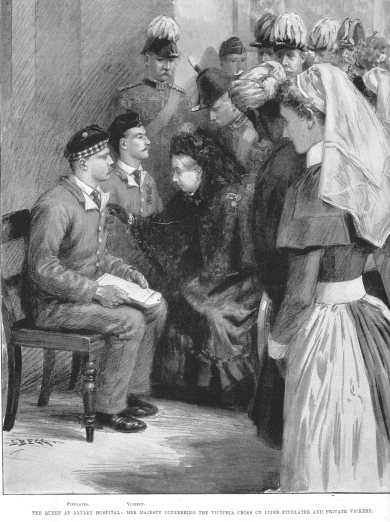 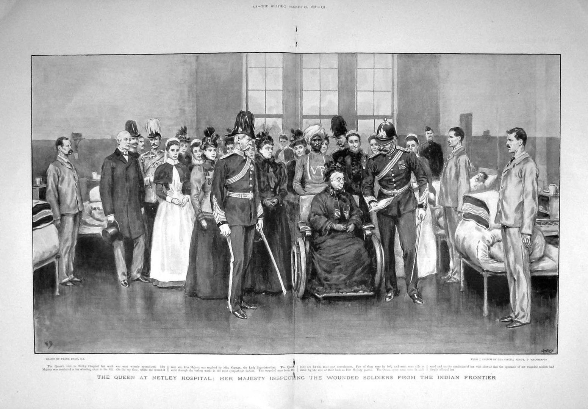 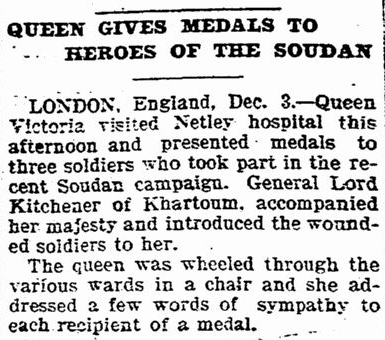 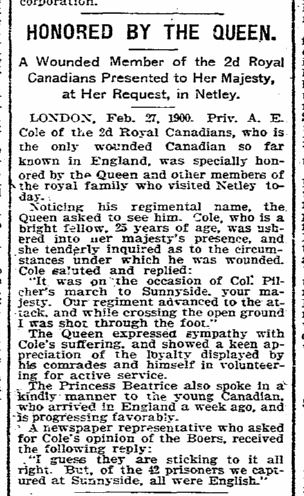 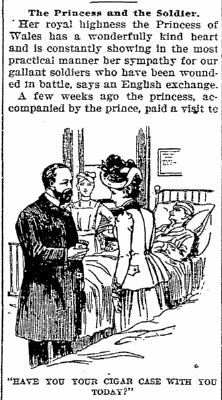 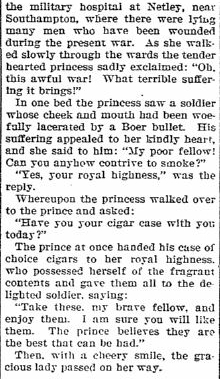 From Duncan McNair is an extract from the Times Newspaper dated Friday August 5th 1904:

Yesterday afternoon Queen Alexandra, accompanied by the Prince of Wales, Princess Victoria, the Marquis de Soveral, and Rear - Admiral Sir A. Berkeley Milne, visited the Royal Victoria Hospital Netley for the purpose of inspecting the new quarters of Queen Alexandra's nursing service. The party arrived from Cowes about 2 o'clock on board the Royal yacht Osborne, but owing to the thunderstorm which broke over Southampton Water, remained on board until 4 15 p.m., when they proceeded ashore in two steam pinnace’s landing at Netley Harbour. Although the visit was purely private the villagers mustered in good numbers on the shore to see the Queen enter a carriage which was in waiting. The Royal, visitors drove to the main entrance of the hospital where they were received by Sir Edmond Townsend, principal medical officer ; Lieutenant - Colonel Twiss, R.M.C, and other officers. They were afterwards conducted over the nurses' new quarters, subsequently - passing through the surgical and medical departments. The visit lasted over an hour, at the end of which time the party re-embarked on board the Osborne. A handsome bouquet was placed in the Queen's carriage. 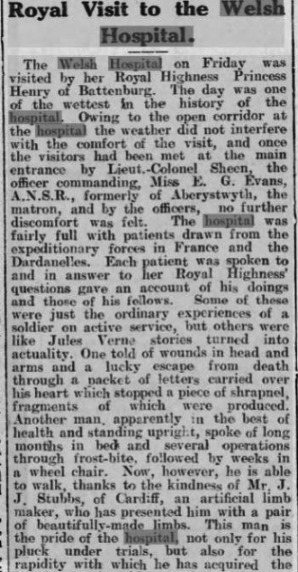 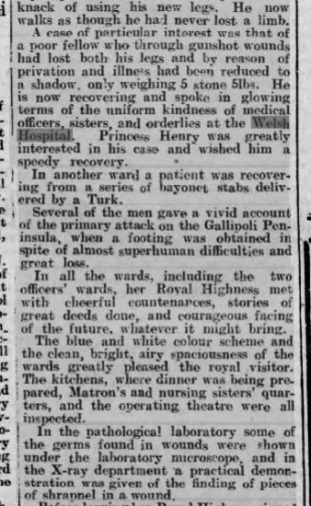 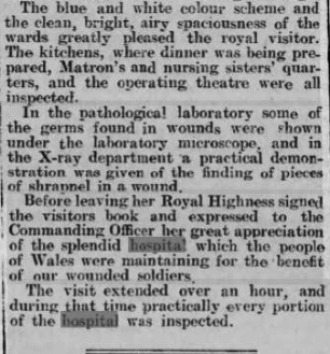 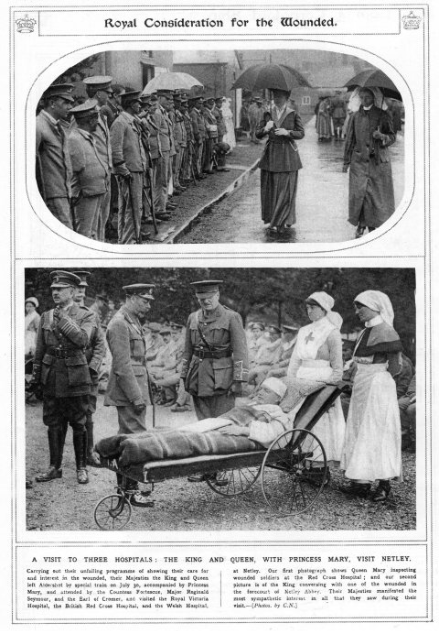 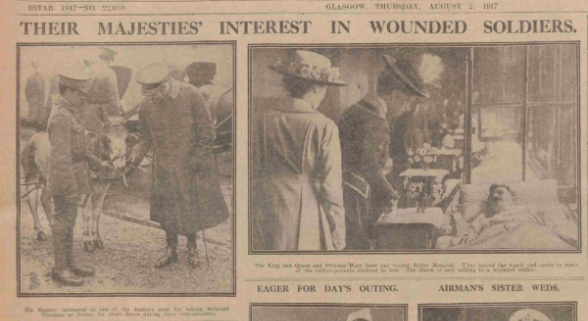 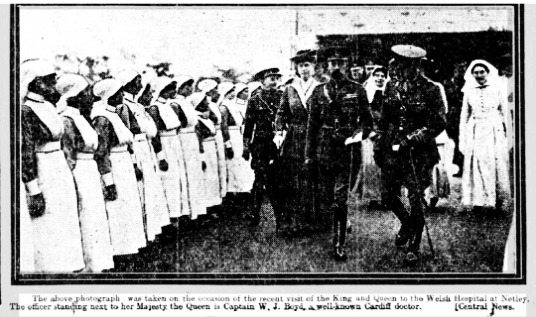 There is lots to see on my Facebook page too: