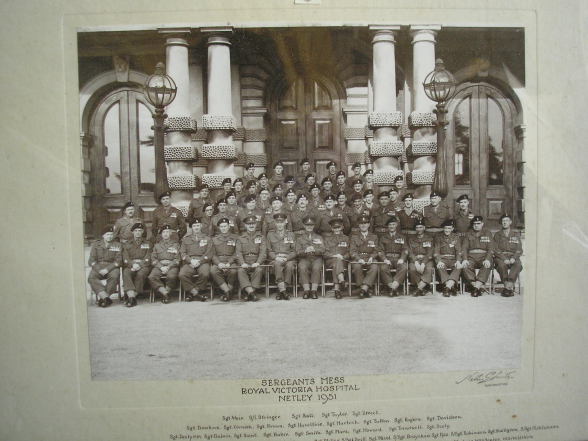 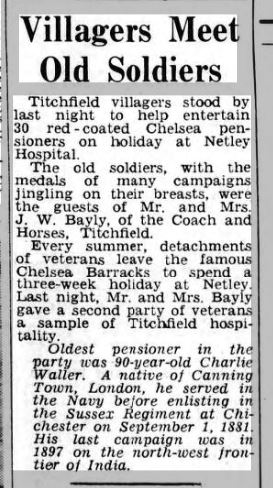 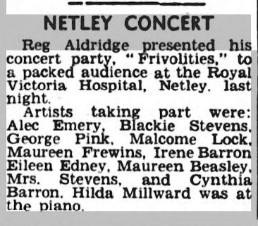 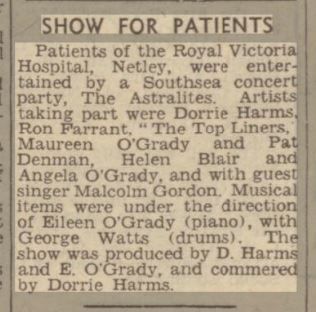 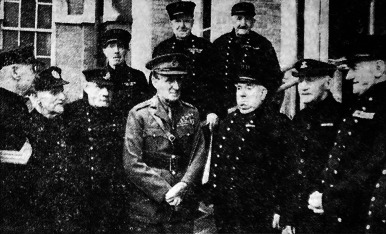 A group of pensioners, former serving men of our British Army were pictured here in 1955 at the Royal Victoria Hospital in Netley.

They had been talking to the gentlemen in the middle who was 'General Bernard Pagent' (1887-1961).

The General who always seemed to have had time for his men, commanded the 21st army group during WW2 as their most senior officer.

The General like some of the pensioners also served at the front in WW1 and was one of only two officers to survive in his Battalion during the Battle of Loos where we lost 48,367 men in the first attack and were to lose far more.

The Battle of Loos was a bloody battle of which Rawlinson wrote to the Kings adviser Baron Stamfordham the following:

"From what I can ascertain, some of the divisions did actually reach the enemy's trenches, for their bodies can now be seen on the barbed wire."

'General Bernard Pagent' (1887-1961) seen here was a holder of the Military Cross, he was wounded five times whilst serving.

At Netley they together remembered their fallen comrades.

We remember the General and all our serving men and women this Remembrance Sunday.

God bless one and all. 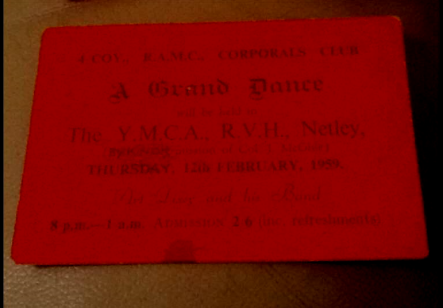 This is a ticket for a dance at the YMCA at Netley in 1959. Music provided by Art Dixey and his band. His daughter Jo Gregory kindly shared it with us on our Facebook page. Thank you Jo.