I found this news clipping from the Daily Mirror Tuesday April 14th1935 telling the story of Corporal Gray who spent 10 years at Netley after falling off his horse due to sunstroke. He was taken to Netley then spent the rest of his life at the Royal Home for Incurables. He mentions that he saw Queen Victoria when she visited the hospital. I have found that article in the Belfast News-Letter Saturday February 12th 1898 and added it to the bottom of the post. The first two photos are the original news article then I cropped it for better viewing I hope. 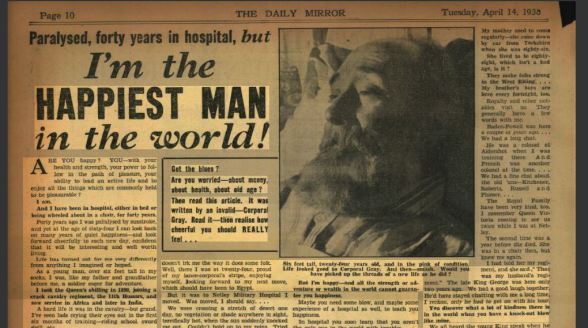 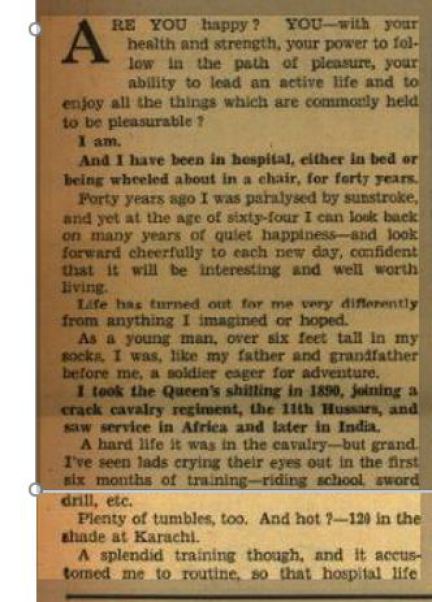 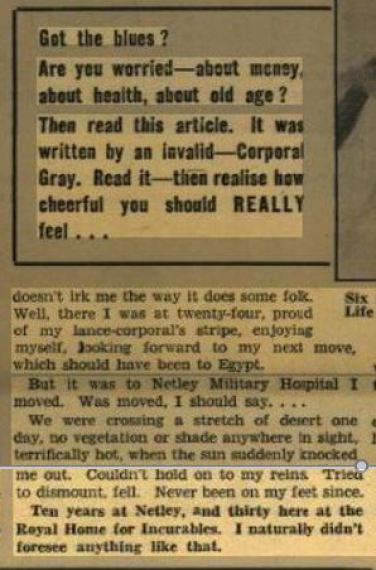 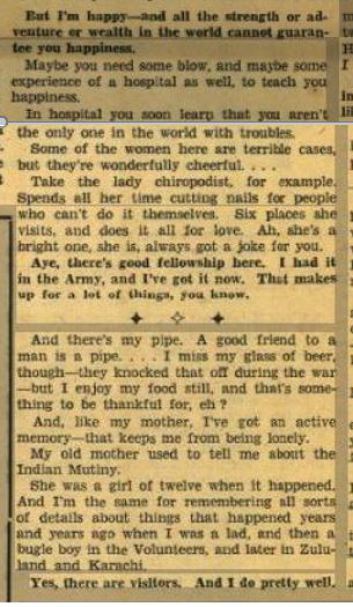 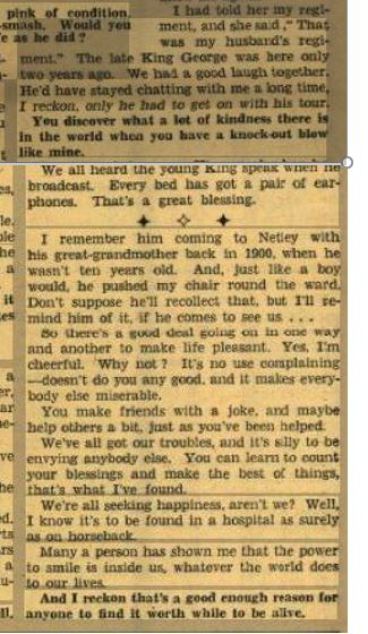 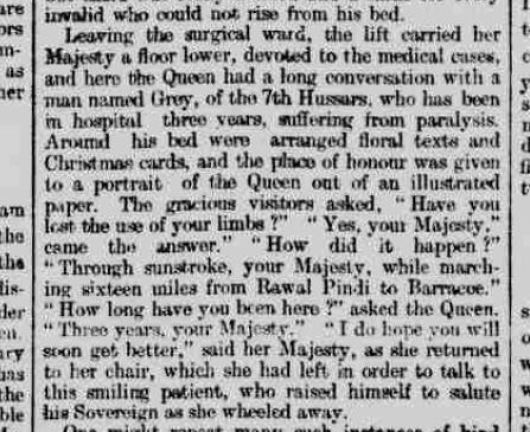 This clipping is from the Belfast News-Letter Saturday February 12th 1898 when Cpl. Grey met Queen Victoria at Netley hospital.