In May 2022, Gary Hynard sent me an email asking if I had any information about Joseph Kinnear Close but I didn't have anything to share. Gary kindly sent me a copy of his research and allowed me to post it here. Thank you Gary.

As the home of the Army Medical School, the Royal Victoria Hospital (RVH) at Netley was more than just a hospital, and touched so many more lives than just the staff and patients that came through its door. In addition to being a hospital, the RVH was a research and training establishment, responsible for the education and training of medical officers and surgeons for the British Army. Those successful candidates that passed their exams at Netley were posted onto military units around the world. This included medical officers for the Indian Medical Service.

The Indian Medical Service (IMS) was originally established in each of the three Presidencies of the early days of the East India Company. The IMS evolved to become a military service in British ruled India, which also had some civilian functions.

Suitably qualified applicants wishing to join the IMS, either British or Irish doctors and surgeons were required to attend examining boards in London. Those candidates that achieved the required number of marks from a number of different practical and written exams, were then required to attend a four month course of practical instruction at Netley, as Surgeons on probation. The course covered Hygiene, Clinical and Military Medicine, Clinical and Military Surgery and Pathology of Diseases and Injurious Incident to Military Service. A successful candidate achieving the minimum score required would be expected to travel anywhere in the world and take up a position with his new unit.

One such candidate, who passed through the RVH in the autumn of 1887, was a newly qualified Irish doctor, a Joseph Kinnear Close.

Born in December 1864 at Carrickfergus Ireland, the second son of William and Eliza Close, his father was a minister with the Loughmourne Reformed Presbyterian Church. Christened William Joseph Close, he changed his name to Joseph Kinnear Close, Kinnear being his mother’s maiden name.

Studying medicine at Queens College Belfast between 1881-86, he graduated from the Royal University of Ireland with the degrees Doctor of Medicine (MD), Master of Surgery (M. Ch.), and Master of Obstetrics (M.A.O), before joining the Indian Medical Service in October 1887.

After successfully passing his Exam Board in London in late 1887, Joseph joined the intake of surgeons undertaking their four-month course of Army Medical Training at Royal Victoria Hospital Netley. Joseph achieved 4995 points, which placed him 15th out of 23 candidates on his course.

In the spring of 1888 Joseph left Netley and travelled directly from Southampton to India, taking up his first posting as a Surgeon Captain to the Station Hospital at Bareilly. Within three months of arriving in India, Joseph was re-assigned to join the 32nd Pioneers.

During the same year, a British military expedition was sent to expel Tibetan forces from Sikkim in present-day North-East India. The roots of the conflict lay in British-Tibetan competition for sovereignty over Sikkim. Brigadier-General Thomas Graham RA was ordered to march on Sikkim. His forces mustered the 2nd Battalion Derbyshire Regiment, HQ wing 13th Bengal Infantry, four guns from the 9-1st Northern Division Royal Artillery and the 32nd Pioneers. His orders were to expel the Tibetans from Lingtu and re-establish Indian control of the road up to the Jelep La pass, while securing Gantok and Tumlong from possible reprisals.

Having only recently arrived in country, the newly appointed Surgeon Captain Close, joined the 700 men that made up a regiment of 32nd Pioneers (Musbee Sikhs) under the command of Lieutenant-Colonel Sir Benjamin Bromhead on 1st July. The successful British Sikkim Expedition lasted from 15th March – 27th September 1888, after which Surgeon Close remained in charge of the No7 Native Field Hospital in Sikkim until his next posting.

Towards the end of 1889, Captain Close was re-assigned on special duties with the Anglo-Siamese Boundary Commission.

In 1889 the British formed the Anglo-Siamese Boundary Commission, in order to solve the difficulties with Siam concerning the trans-Salween dependencies of Mawkmai, Mongpan, and Karenni. This commission however, would not be successful for Siam declined to join it at the last moment. Nevertheless, the commission went ahead despite the lack of agreement from the Siamese government and brought about the partition of these tracts and their incorporation into British Burma. British troops forced the Siamese garrisons to withdraw from the territories of the trans-Salween that were deemed not to belong to Siam. 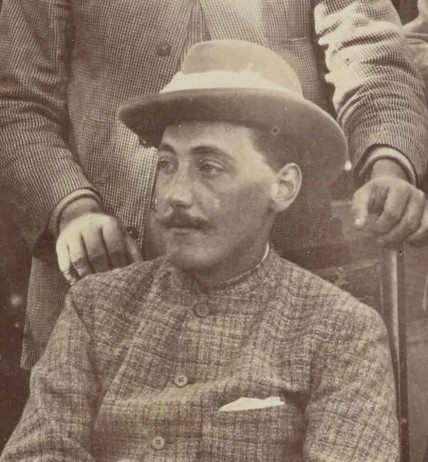 An extract from the book “The Pacification of Burma” written by SIR CHARLES CROSTHWAITE, K.C.S.I reads, “Such was the condition of affairs in 1889, and it became necessary to take action to prevent further mischief. It was decided by the Government of India, in communication with the Foreign Office, to appoint a Commission to survey the frontier and settle disputed points with representatives of the Siamese. Accordingly, as soon as the season permitted, a Commission was formed under Mr. Ney Elias, C.I.E., as chief. The members of the Commission were Mr. W. J. Archer, Her Britannic Majesty's Vice-Consul at Chiengmai, Mr. J. G. (now Sir J. George) Scott, Major E. G. Barrow (now Sir Edmund Barrow), Captain F. J. Pink (now Colonel Francis J. Pink, C.B., C.M.G., D.S.O., Queen's Royal West Surrey Regiment). A survey party from the Government of India, under Captain H. M. Jackson, R.E., was attached to the Commission. Surgeon J. K. Close was appointed to the medical charge, with Dr. Darwin as his assistant. The escort, commanded by Major Clarke, O.L.I., was composed of two companies of the Oxford Light Infantry, two guns of a Mountain Battery, and a few rifles of the Shan (military police) Levy. Early in December the Commission met at Fort Stedman, and marching down through Loikaw and Sawlon, the Karenni capital, encamped near Ywathit, at the ferry on the Salween called Ta Sangle.”

Having completed his duties with the Boundary Commission, Joseph spent much of 1890 furloughed out of India on medical grounds. During this time, Joseph returned to Ireland where he married Sara Burney Johnson at Newtownbreda in the parish of Knockbreda on 30th September 1890. The couple had one daughter Edith Mary Isabel Close who was born in Ballylesson Down Ireland 25th July 1891, before his wife and daughter joined Joseph in India.

Travelling alone, Joseph returned to India in December 1890 taking up his position as medical officer attached to the 3rd & 17th Bengal Infantry in Calcutta. By 31st March 1891, British India had declared war on Manipur, an ancient independent kingdom in North-East India. Once again Joseph found himself going off to war with his regiment as part of  British and Indian expeditionary force assembled in Kohima and Silchar. On the same day, British expeditionary forces seized the village of Thoubal after ousting an 800-man Manipuri garrison. On 1st April, two thousand Manipuri soldiers accompanied by two guns laid siege to the village, the British troops repelled numerous attacks during the course of the next nine days. On 9th April, British forces retreated from Thoubal in order to join reinforcements of 100 rifles of the 12th (Burma) Madras Infantry. Manipur forces suffered heavy casualties during the engagement while the British lost one soldier dead and four wounded.

By August 1891 the British had subdued and captured five Manipuri commanders and were hanged for waging war against the British Empire, other Manipurian noblemen received sentences of property forfeiture and lifetime exile. Manipur underwent a disarmament campaign; 4,000 firearms were confiscated from the local population. 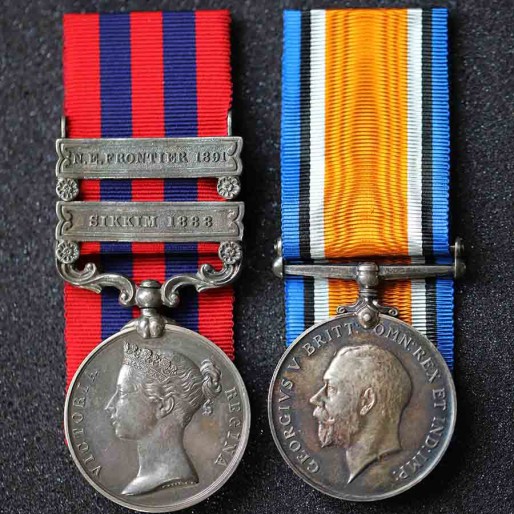 In 1897, Captain Close’s services were placed at the disposal of the Government of India Home Department, which saw him begin the period of his career working within the civil hospital and medical services of India. Between 1897-1918 he held numerous civil surgeon and superintendent positions in a variety of important districts including Allahabad, Bijnor, Moradabad, Mizapur, Azamgarh, Shahjahanpur, Bareilly. He also had medical charge and was superintendent for the jails and lunatic asylums at Allahabad, Lucknow, Bareilly, Benares, Naini Tal, and Babraich. During this period he was promoted twice, to Major in 1899 and to Lieutenant Colonel in 1907.

Between November 1905 and September 1906 the now Major Close was furloughed on study leave returning to London where he attended the London School of Tropical Medicine – 20th Session, pictured below. 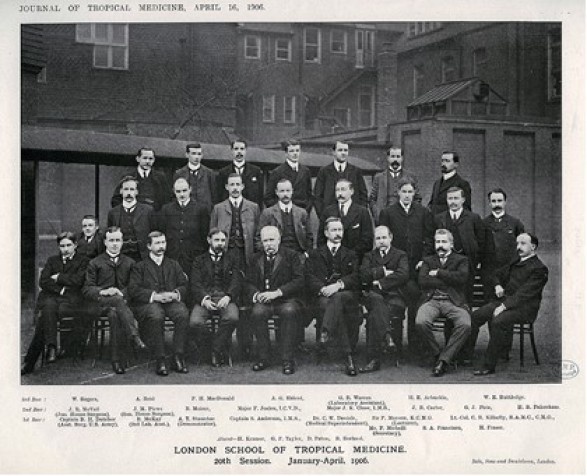 By the start of the First World War Joseph had spent 26 years working in India in both military and civilian medical roles. During the First World War Lieutenant Colonel Close joined the special army reserve attached to the 2nd (Rawalpindi) and the 3rd (Lahore) Divisions. 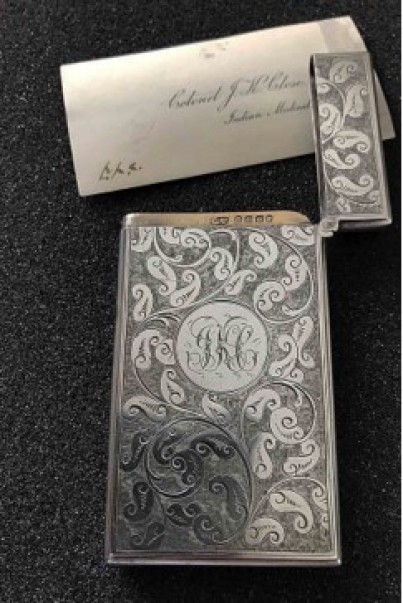 By 1922, Colonel Joseph Kinnear Close had completed a long and distinguished career, making a significant contribution to the provision and advancement of medical services within both military and civilian fields throughout the North-East Frontier of India. In recognition of his service and contributions, he was made K.H.S (Kings Honorary Surgeon).

Colonel Joseph Kinnear Close retired from the Indian Medical Service on 8th November 1922 having completed 35 years service. Like many others, Joseph’s time at Netley had been short, but nevertheless played a vital role in helping to train and educate him, and hundreds of other doctors and surgeons just like him.

Researched and written by Gary Hynard