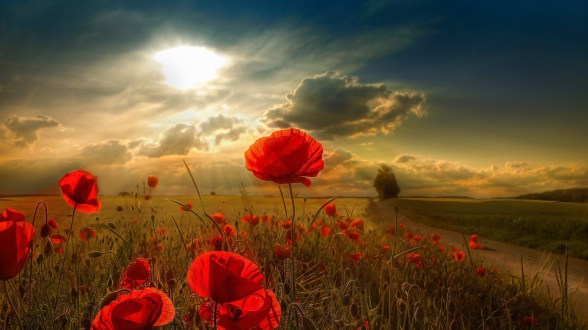 Welcome to my Royal Victoria Hospital and           Military Cemetery at Netley website.

Hello, thank you for taking the time to look at my site.To give me an idea of who's been visiting me here, you can write in the guestbook.

Please type a name or word that you are seeking into the search box below.

My email address is: jd.green@outlook.com

If you would like to donate to help with the running costs of this site, please feel free to do so. I will be very grateful, thank you.

The postcode for the park is SO31 5DQ 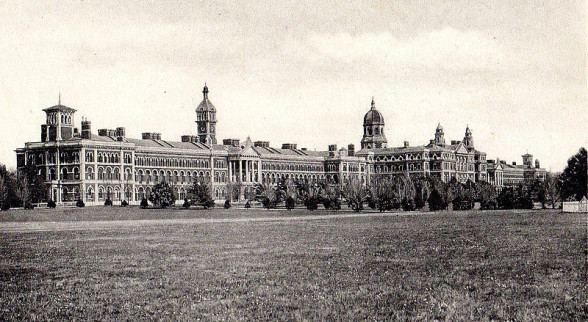 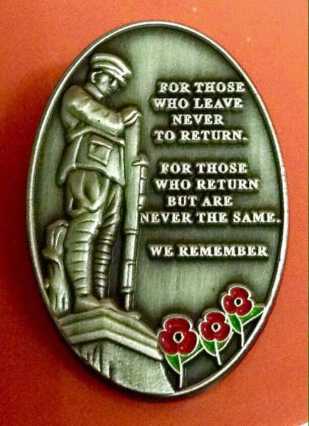 The Cemetery Walks are back soon we hope!!

Join Owen Cawte for a guided walk around the Cemetery. 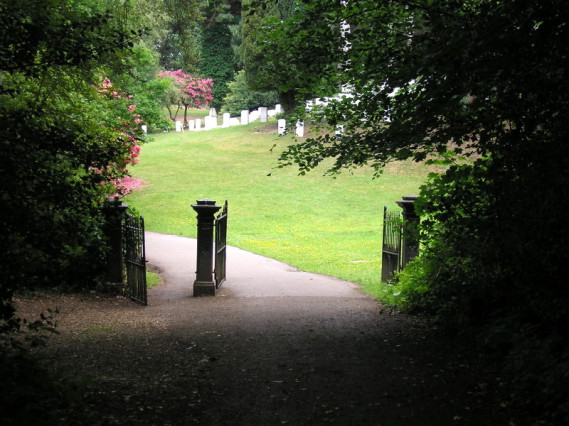 This is a website dedicated to the soldiers and civilians that are buried in Netley Military Cemetery and also the history of the Royal Victoria Hospital in which most of them were treated but later, sadly died. I will be uploading more photos and information about this wonderful place soon. If you have any stories or information about anyone buried here, please get in touch and maybe I can add it to this website for everyone to read.

Many of the headstones are no longer readable which sadly, is the story of a lot of cemeteries. Families no longer have the time to visit or don't know the whereabouts of their departed relatives. If anyone has a query about the cemetery or the people laid to rest here, please ask me - I might be able to help. I have photo's of all the graves (I think!) and am hoping to research as many as I can for people who maybe cannot do it for themselves or live too far away. I feel that not enough is known about the people buried here and I hope to do my bit to change that. This is a really special place and it would be a good thing to have more known about it.

Please get in touch if you have any relatives buried here. I would like to make the information available to everyone.

I hope you use my information for your research, but please double check just in case I have made a mistake -  please correct me if I get it wrong! Also, a link to my site or a credit for my research would be very much appreciated.

We think about those who are buried in Netley Military Cemetery but we would also like to remember those who passed through Netley hospital’s doors for whatever reason – doctors, nurses, patients, workers, army staff.

Do you have a family member who you would like to honour by adding their name to our websites list for future generations to see?

I would like to know their name and what they did at the hospital. Any photographs or documents you could share would be wonderful too. Just a few sentences would mean that they would never be forgotten and their name would be associated with the Royal Victoria Hospital forever.

Please get in touch, thank you. 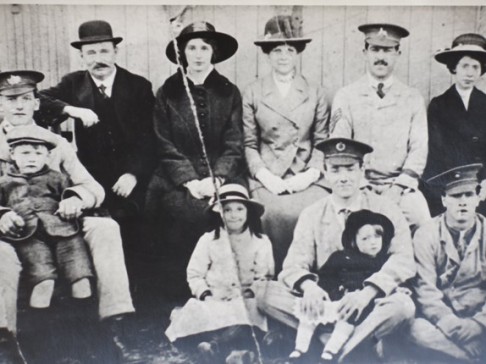 Peter Sedgley posted this lovely photo on Facebook in April 2021 and allowed me to share it, he says:

This photograph was taken at the Royal Victoria Hospital, Netley, during the First World War. The lady in black on the left is my paternal grandmother, who would go and sing to the wounded troops. Her husband, George, is sat next to her. My grandfather was the foreman painter with Red Funnel Steamers. Three of their four children are in the photograph. On the left is Don, who became a well known Southampton policeman and amateur cricketer. During the blitz he was a well loved sergeant at Central and ended his career as an inspector at Bitterne. The girl in the centre is my Aunt Daisy, who was the landlady of the "Docks Tavern" in Canute Rd, until it was bombed. She then became landlady of the "Bullington Cross Inn", near Sutton Scotney. The child on the right is my father, Harold, who spent the war as a fireman in Southampton.

I asked him the name of his Grandmother and he replied:

My grandmother's name was Daisy Sedgley (nee Waterman) a name she shared with her daughter. The family lived in the St Mary's area of Southampton. Except for my family I know of no other names. in the photograph. My grandmother regularly went to the hospital to entertain the unfortunate troops with her singing. I cannot ascertain whether her singing made the patients feel better or worse.

Thank you Peter, I'm sure they loved her singing!!

There are 493 burials of ladies and under 18's in the cemetery. Many ladies lived in the hospital or surrounding area and were wives of the soldiers. A few died in childbirth along with their babies.

Who died suddenly at Netley 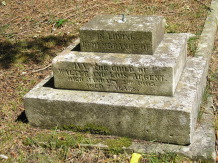 This is the grave of Ivy Argent age 7 who died in 1905. "A sad fatality occured at the Royal Victoria Hospital about noon today. A child named Ivy Argent, daughter of Staff Sergeant Argent, R.A.M.C. was playing near the boiler house,

B- square, when she fell from the railings onto the pavement beneath, a distance of about twelve feet. She fell upon her head, and has since succumbed to her injuries" 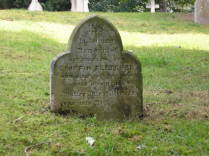 Here is a link to a speech given in 1887 at the prize giving day at the hospital for the army medical school students:

This link is for the Report made about the area before the hospital was built:

Would you like to know what things were in the museum in Netley Hospital?? 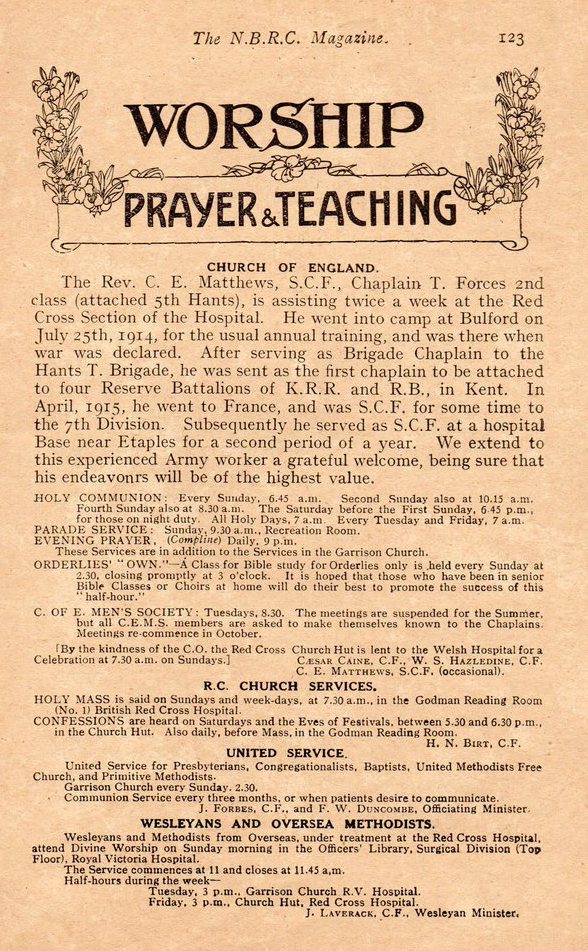 Many Chaplains of all denominations have walked through Netley's doors. Here is a page from the Netley British Red Cross magazine from August 1918 giving days and times of worship in various places of the hospital. 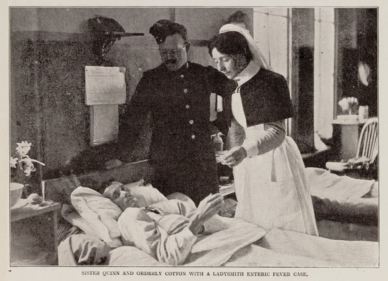 Sister Quinn and Orderly Cotton with a patient. 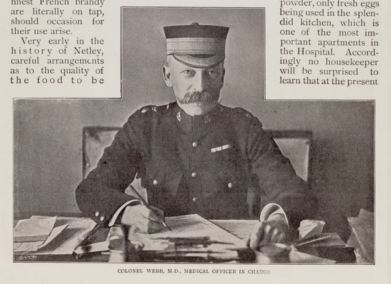 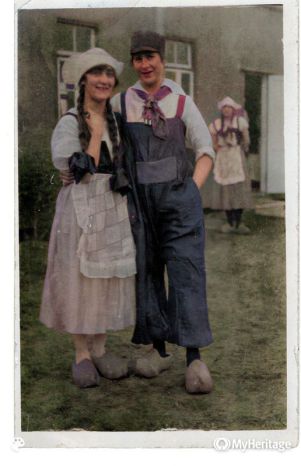 This postcard is one that I found on ebay recently.The original is in sepia but I have used a site which "colorizes" photos.

On the reverse side there is written:   "This photo of Nurse as Dutch Girl. She is one of the Rays of Sunshine who tend us fellows here at the B.R.C. (British Red Cross) The other one is now in France and used to be in our hut."

The nursing staff used to dress up and put on shows to entertain the patients.

There are no names given sadly. 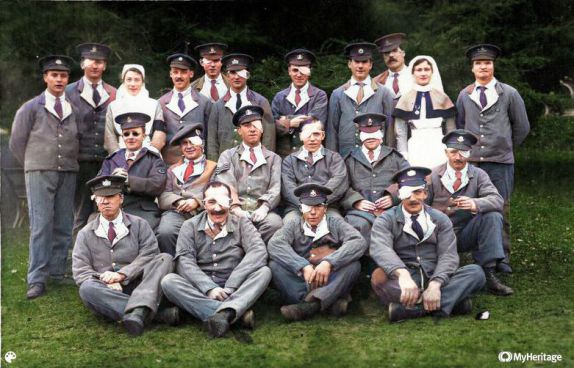 Here is another "colorized" postcard.

The Cremation of an Indian Soldier at Netley 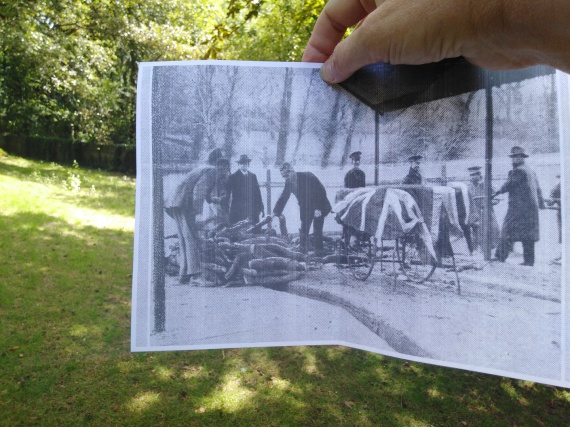 There are many unanswered questions to do with Netley hospital that get asked on my facebook page. I suppose the number one is Why was it demolished? followed by
Did they drive jeeps up and down the corridors?
Who was the Grey Lady? and also
Is the causeway leading down to the cemetery man made or not?
Can you think of any other questions you would like an answer for??
Here is another one that you may not have even thought of. At the beginning of WWI, there were a lot of Indian soldier patients at Netley of which some sadly died. There was a suggestion of having an Indian cemetery there but Brighton was chosen instead. Some Indian cremations were carried out at Netley but where? Looking at this newspaper clipping, I think it was just inside the cemetery gates on the right hand side. The trees in the background are on a slope just as they still are today.
There is another place where this could be around Sophie's Pond but I'm not so sure about that.
Any suggestions welcome please.

The Foundation Stone is back!!

A time capsule will be buried under the foundation stone which will be placed as near to the original spot where Queen Victoria first saw it back in 1857. 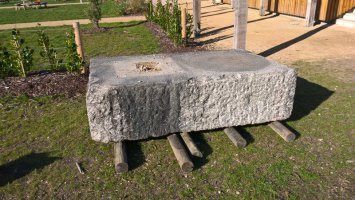 HRH The Countess of Wessex

On the 12th November 2018 Her Royal Highness The Countess of Wessex formally opened the Royal Victoria Chapel.

Her Royal Highness signed a document which will go into the time capsule with some other items, then unveiled a plaque after a tour of the Chapel and a chat with the volunteers and staff. 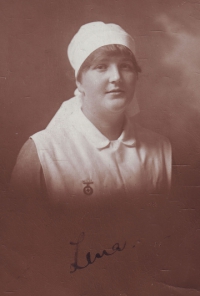 This postcard was found in the walls of Hatley Castle. After looking up the name Lena in the Red Cross archives, given the date, a possible match could be Lena Alice Lawrence.

Read more about this mystery here: 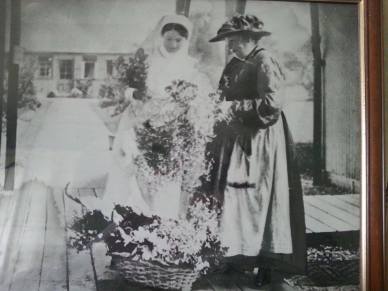 Caroline Barney posted this on Southampton and Hampshire over the Years facebook page on February 1st and has shared it with me for which I thank her very much.

This family photo belongs to my lifelong friend and she has given me permission to post it.

This is Priscilla Stanley a Gypsy lady done up in her posh hat selling flowers to a very smartly uniformed nurse at the hospital in late Victorian times. Priscilla is my friends Great Great Grandmother and she was the only person allowed a Hawkers Licence to sell flowers at the hospital. This photo is very important because some or most of the soldiers would not get visitors so either the hospital would pay for flowers or the patients would pay for them themselves. Flowers were considered a great benefit to health back then too.

Do any of you football fans know that Bertie Mee was a physiotherapist at Netley hospital at the beginning of WW2?? Mee Bertie 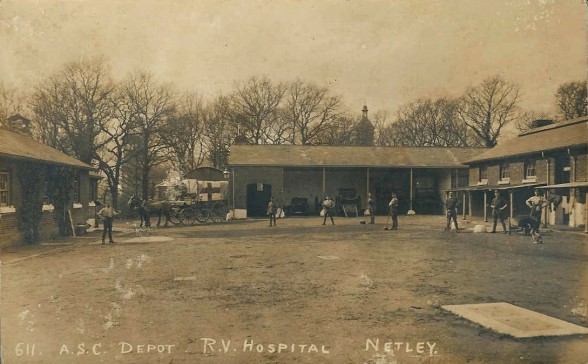 Is there anyone that remembers the stables at Netley Hospital? It was behind the main building, over to the right where Bluebell wood is now. The Heritage group has one photo taken approx. WWI but would love to know more about it.

Here's an interesting post from Simon May about the drains in front of D Wing. Thank you Simon for letting me share from Hamble River & It's Villages Facebook Page.

Simon says: It connects op to an outfall next to the woodland in front of the D wing. We were up there a while ago and there is a pair of massive steel doors in the ground which open into a fairly deep chamber, ill guess a bout 40/50ft deep and they had an industrial pump pumping water out. I'm guessing it was a sewage holder which was emptied on an outgoing tide. Photo taken about 2009. 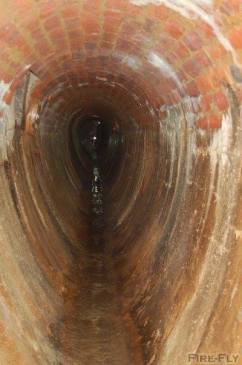 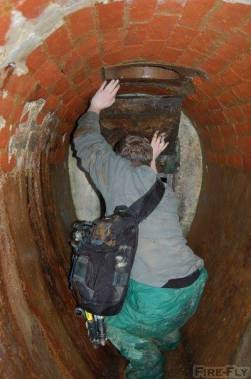 There are some photos on the Netley Film Footage tab (on the left) taken in 1994 of the "Hampshire Remembers D-Day" event when Prince Philip paid us a visit. If you recognize anyone, please could you let me know.

Here are photos showing the tiles from the swimming pool that used to be in the main hospital. Thanks to Paul Del-A-More. December 2016.

A photo showing the fire and smoke damage which took place in the hospital 10 years before it's demolition. From the Westender Magazine which is written by the West End Local History Society. www.westendlhs.co.uk 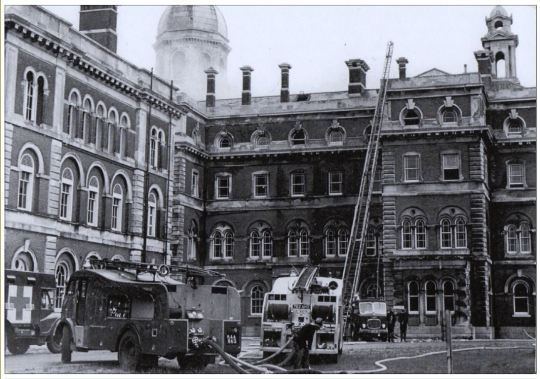 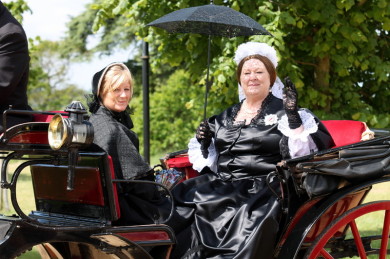 Look who paid a visit to Netley to celebrate the 150th Birthday in 2013 of the opening of the Hospital!!

Take a look at some more photos of this very special day. Click on the 150th Birthday tab above on the left.