The Army Hospital Corps was raised by Royal Warrant on 1 August 1857 to provide orderlies for military hospitals, except those in India. It was the successor of the Medical Staff Corps which had been embodied in June 1855, but disbanded because of irregularities in its recruitment. The first transfers from the Medical Staff Corps to the Army Hospital Corps did not take place until 31 October 1859 when No 4 MSC William Stawtree and No 461 MSC Benjamin Rawlins became No 1 AHC and No 2 AHC respectively with the rank of Sergeant Major. On 30 November 1859, No 2 MSC Blake John became No 275 in the AHC with the rank of Sergeant Major.

The men of the Army Hospital Corps were instructed at Netley by Staff Assistant Surgeon Andrew Moffitt. Moffit served on the staff of the Royal Victoria Hospital for five years. In 1870, he compiled a manual of instruction for attendants on sick and wounded in war. The manual became the standard text for the AHC, but was also adopted by the National Society for Aid to the Sick and Wounded. The men were trained in the transport of the wounded on stretchers and in various ways of carrying wounded men by one bearer, and two or more bearers, when no regular conveyances were available. They were also trained in the use of the wheeled stretcher, which had been invented by a sergeant of the AHC, and in carrying men with broken limbs in and out of ambulance wagons.

The men of the AHC had been initially recruited from soldiers in infantry regiments. They enlisted for twelve years under the Army Enlistment Act of 1870, of which six years were with the Colours and six years with the Reserve.

where you can find so much more to read. 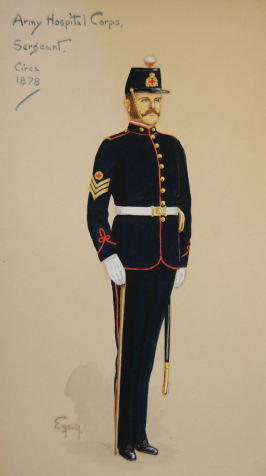 Sergeant in the Army Hospital Corps. 1878 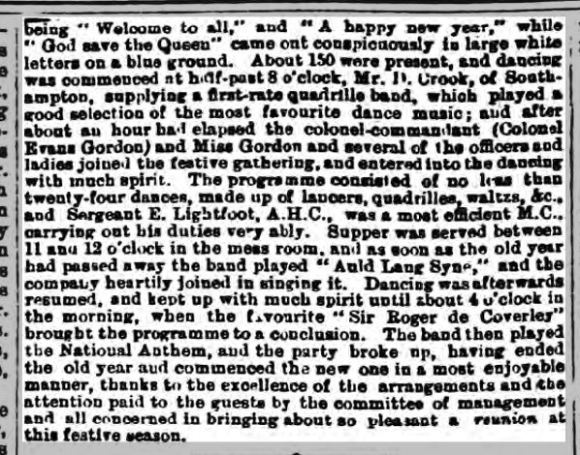