There is a Memorial erected to the Belgian soldiers on May 23rd 1916 who were buried in Southampton.There is also reference to those buried in Netley and the 2 burials in Stoneham cemetery. Some of them were later returned to their families.

Clipping from the Hampshire Advertiser May 20th 1916. 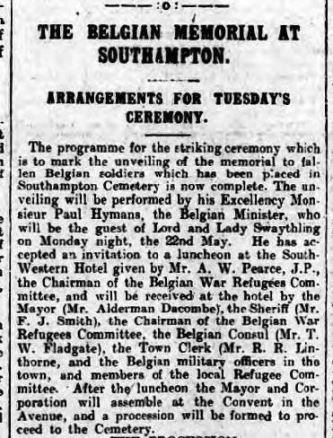 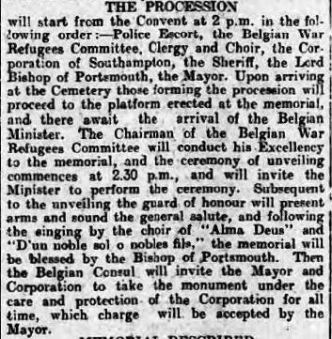 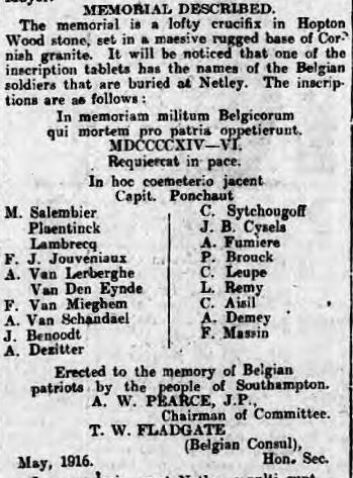 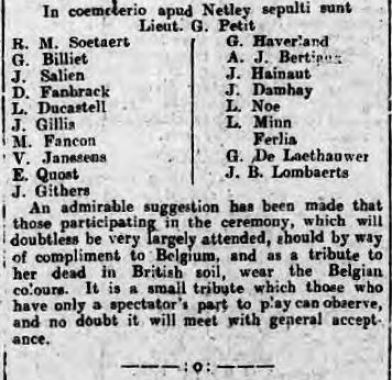 Below are photographs from the Southampton Pictorial Souvenir of the Great War of the unveiling ceremony of the Belgian War Memorial. If you click on a picture, it will start the slideshow. 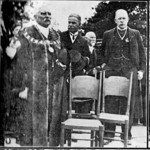 Here are members of the local Belgian colony who are placing flowers of remembrance on the graves of their gallant comrades.

Here are links to a great site about the Belgian Burials in Southampton Old Cemetery from Danny Delcambre: