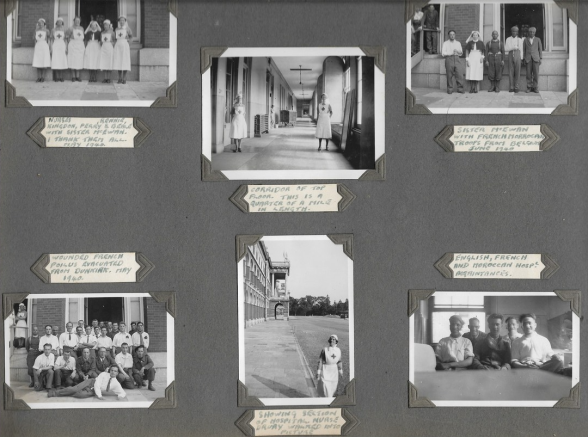 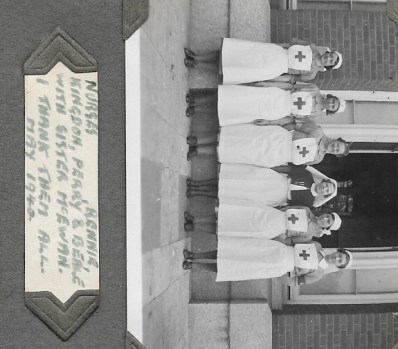 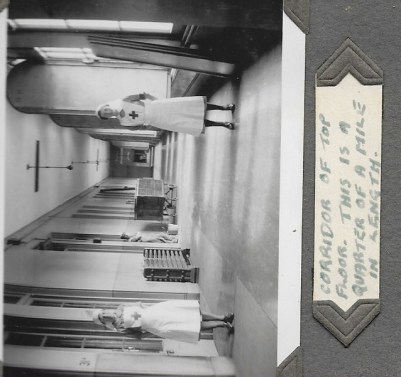 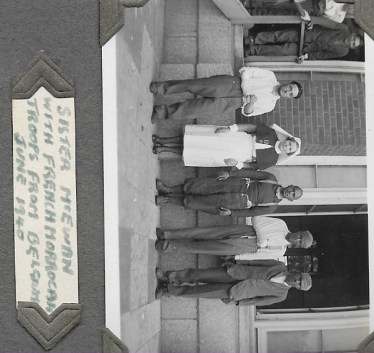 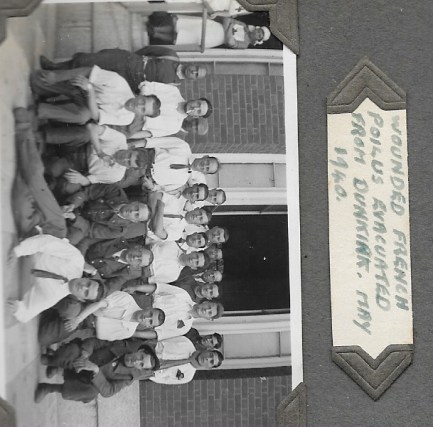 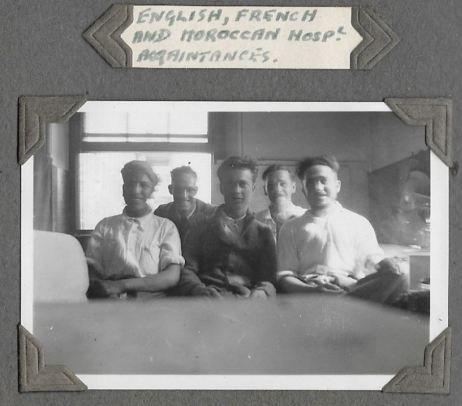 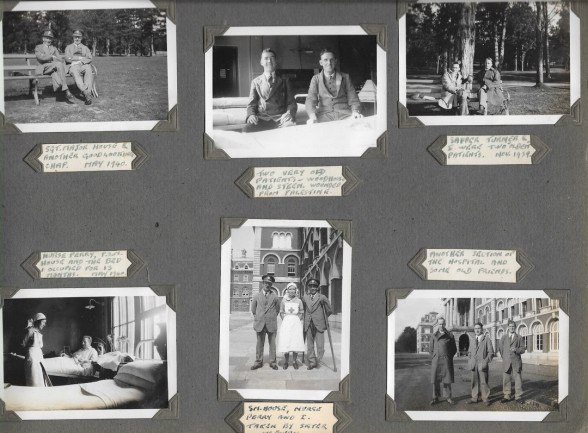 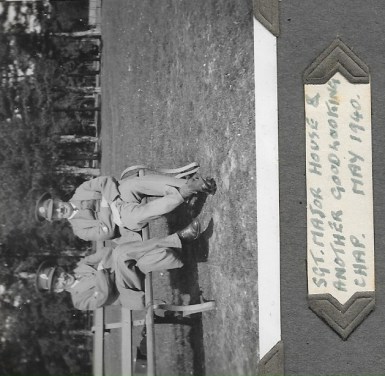 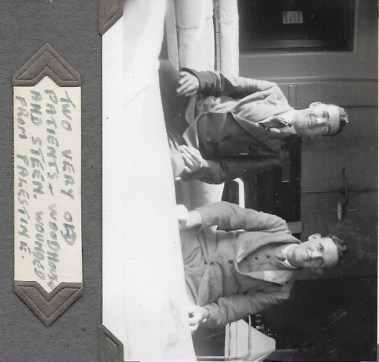 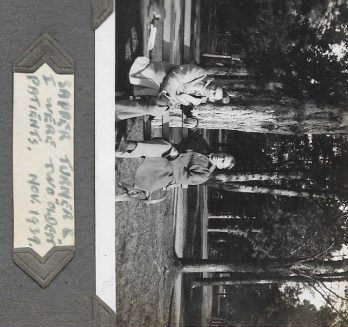 Sapper Turner and I were two "oldest" patients. November 1939. 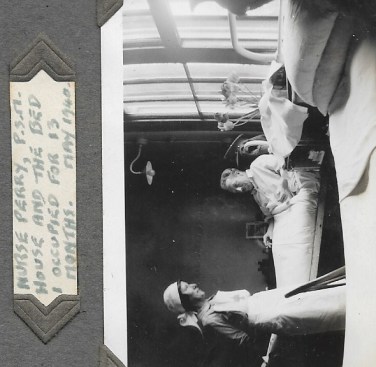 S.M. House, Nurse Perry and I. Taken by Sister McEwan. 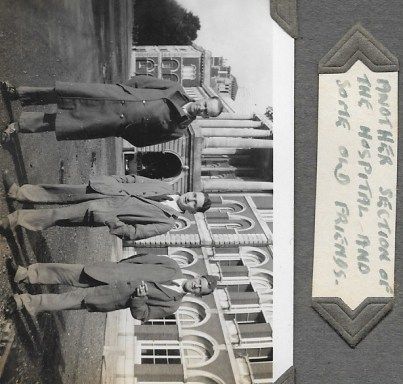 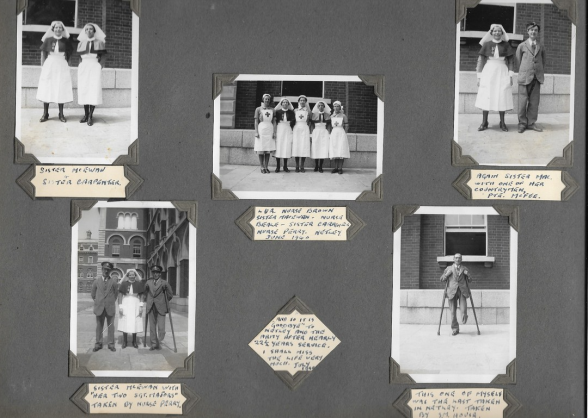 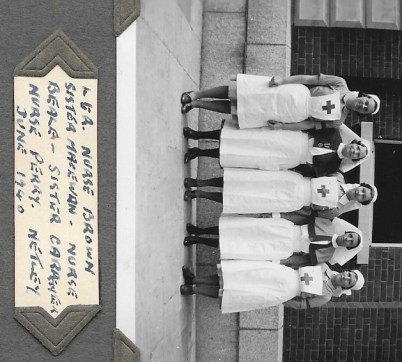 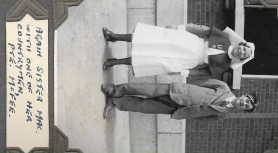 Again Sister McEwan with one of her countrymen, Pte. McFee. 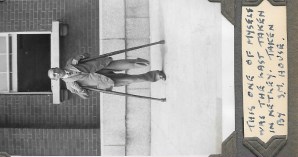 This one of myself was the last taken in Netley by S.M. House. 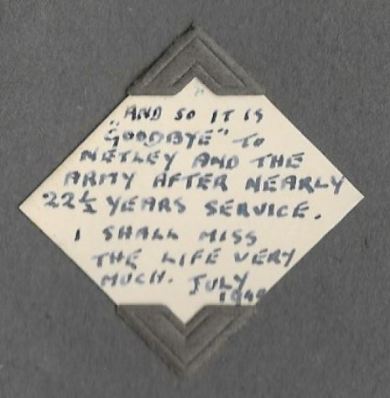 George composed a poem for Sister McEwan showing his appreciation for the care he received, especially from her and all the staff at Netley whilst he was there.

(Sister I/C is Sister in Charge!)

I would like to thank Colin for keeping the album in his family and allowing me to use these photos on my website, and to George for taking the photos and putting them in there and most importantly, writing the names of staff members at Netley. Finding an album like this is very rare especially for this time in Netley Hospital history.The last word is from George. 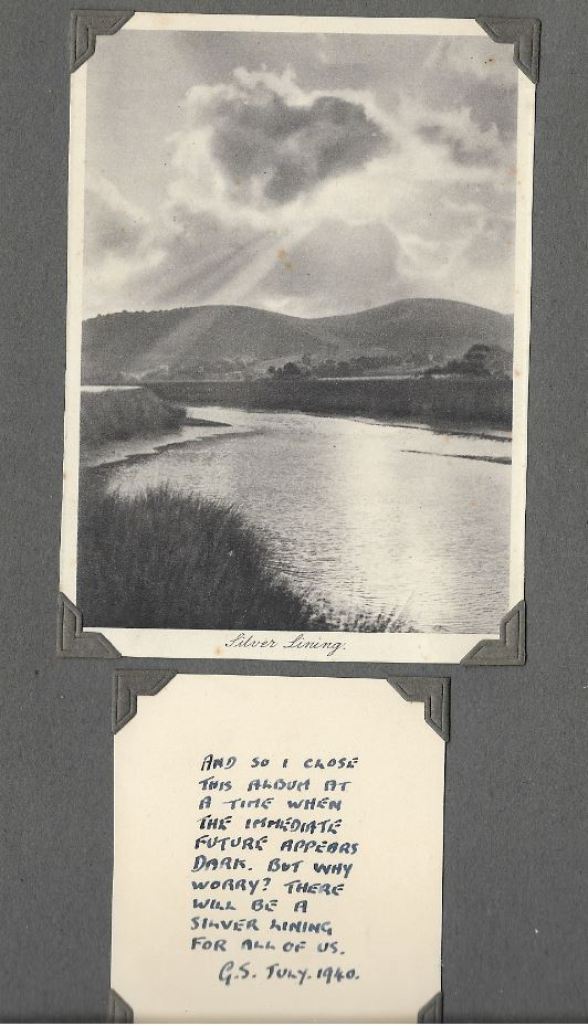