In the second week of August 2014 Martin Lee uploaded these lovely photos for us to see on facebook that his father Peter took back in 1966 just before the hospital was being demolished. He took photos of the digging up of the casket that Queen Victoria placed under the foundation stone way back in 1856 and the ceremony that followed when it was handed over to the Royal Army Medical Museum.

Sadly a few days ago, Peter passed away.

Thank you for sharing the photos Martin.

Please click on the middle icon in the bottom right corner to enlarge these photos to full size.

Demolition started on the 10th September 1966. The building had stood for just over 100 years but sadly it had been derelict for a long time and had suffered from a fire which destroyed a lot of the inside. Some people suggested a new use for it which included a holiday centre, a university and a convalescent home but it was not to be.

An article in the Hampshire county magazine vol 7 no 1 makes interesting reading. It writes it will take 18 months to complete the job: there could be 50,000 lorry loads and more to remove from the site.The brickwork will be broken up and used for road foundations, metalwork will be cleaned and sorted and sent to foundries for re-use. There are hundreds of tons of timber - some for firewood and some to be reused maybe in new homes.The decorative stonework poses problems. To break it out cleanly without damage is a costly business. A crane for the job costs £2 an hour plus labour costs. After all this, will people want it??

What a sad end to an amazing building. 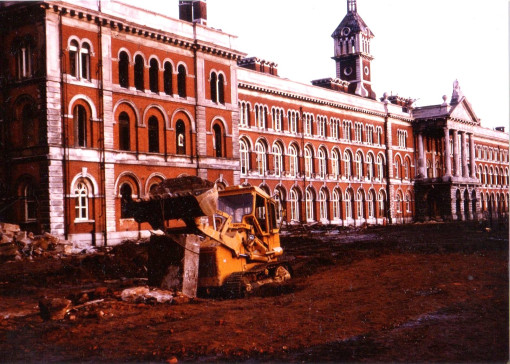 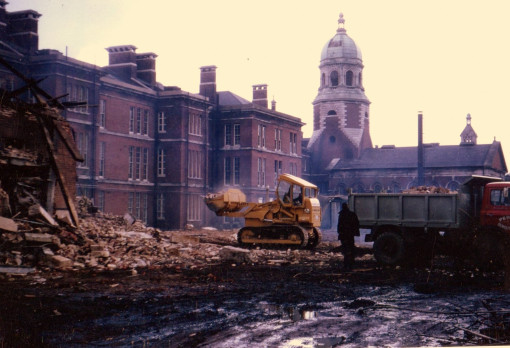 I have been told that some of the stonework was sold by the skipload during the demolition time. It cost a couple of pounds and it ended up as rockery stones in a lot of Netley gardens!! 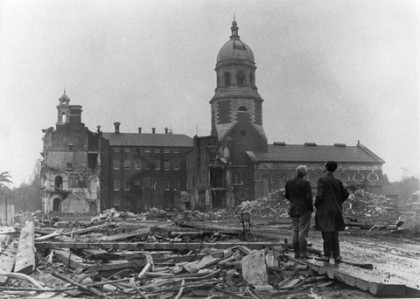 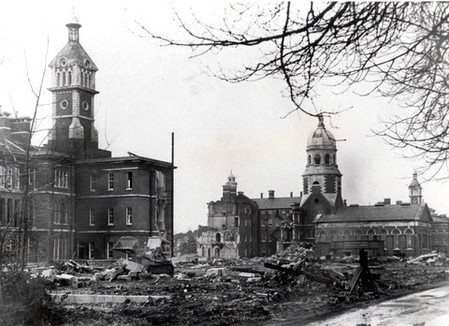 black and white photos from Audrey Cleverley. Thank you. 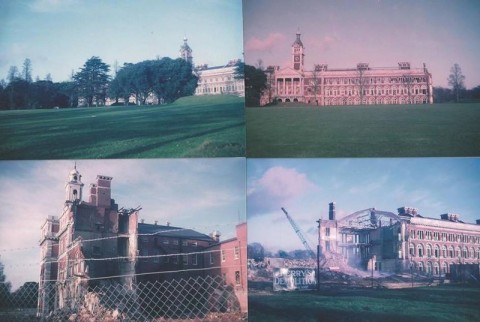 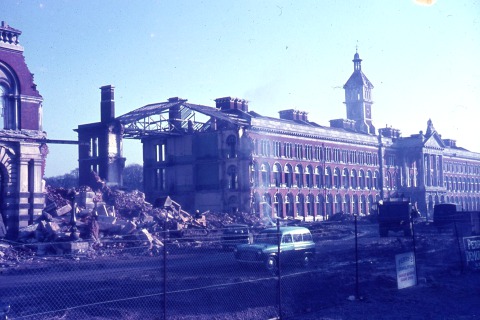 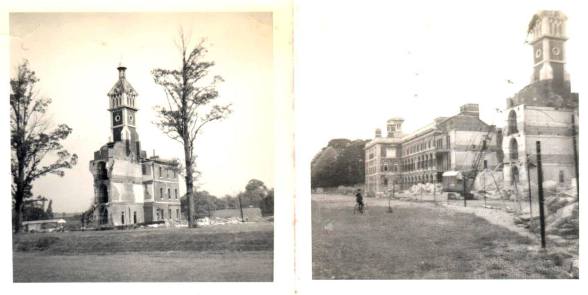 Thank you to Rob Swallow who is the lad on the bicycle aged 14. This was taken in 1966. From the Facebook page Hamble River and It's Villages. 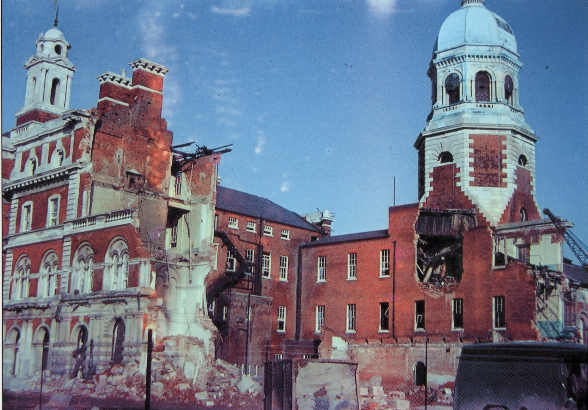 On the 7th December 1966 the Foundation Stone was lifted. Here are some photos from the Museum of Military Medicine at Aldershot on Facebook. 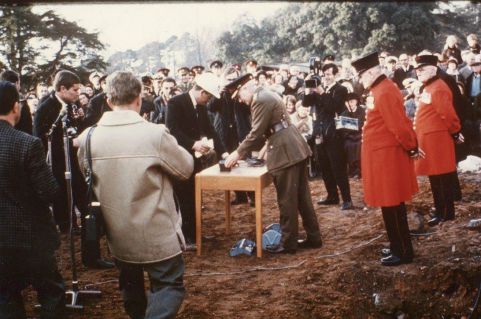 The opening of the box placed by Queen Victoria under the foundation stone. 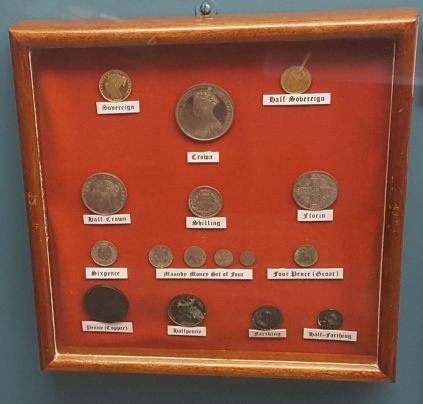 The collection of coins held inside the box placed under the foundation stone. 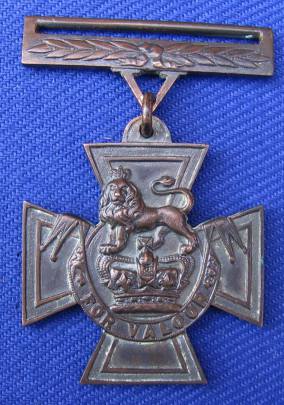 The front of the Netley VC. The only VC issued without name 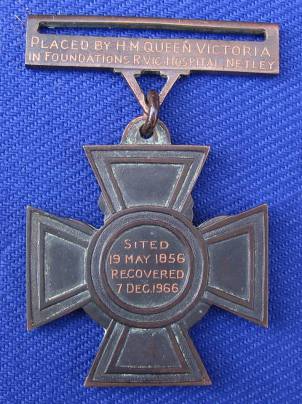 The reverse of the Netley VC