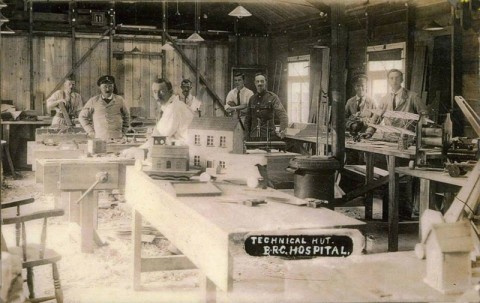 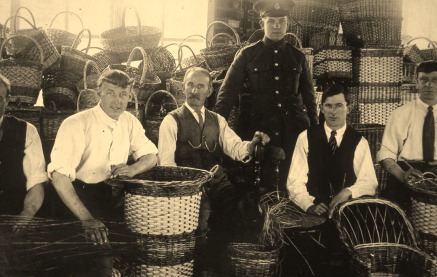 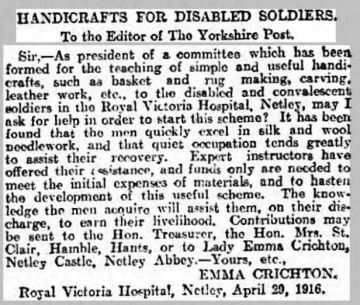 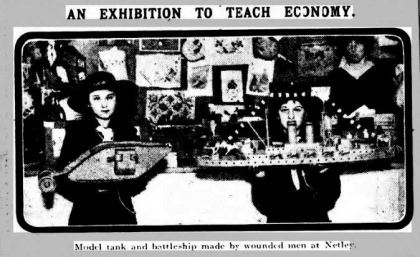 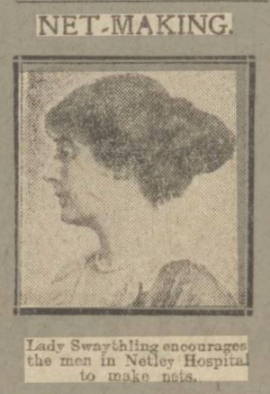 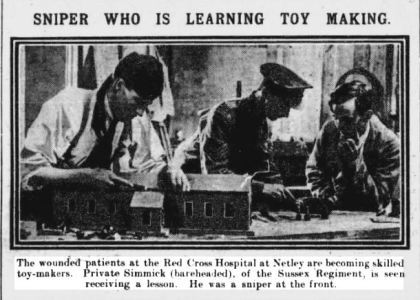 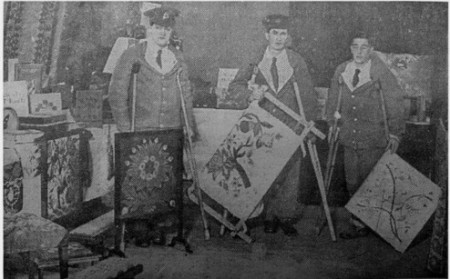 They also made embroidered items too 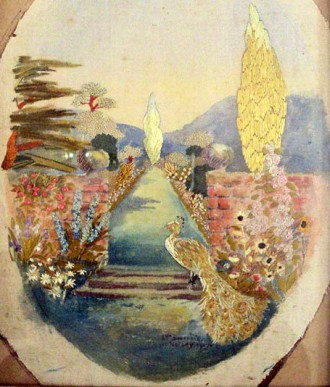 Made by Gunner SOUTHALL in 1917

Direct descendants of soldiers badly injured during the conflicts of WWI were being sought by St Paul’s, as the Cathedral prepared to display a unique piece of embroidery crafted by more than 100 recovering men.

Months of research by the Cathedral’s Collections Department has revealed 133 names of men from the UK, Canada, Australia and South Africa, who worked to create an elaborate altar frontal, used for many years after the War at the high altar.

The following soldiers were at Netley and made a contribution to the tapestry. If you are related to any of the men, please let me know.

Sadly, the page for the Tapestry information doesn't exist anymore on the St. Paul's Cathedral website. 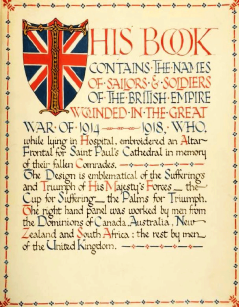 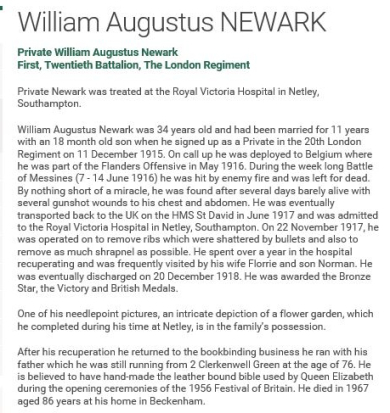 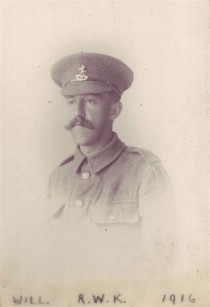 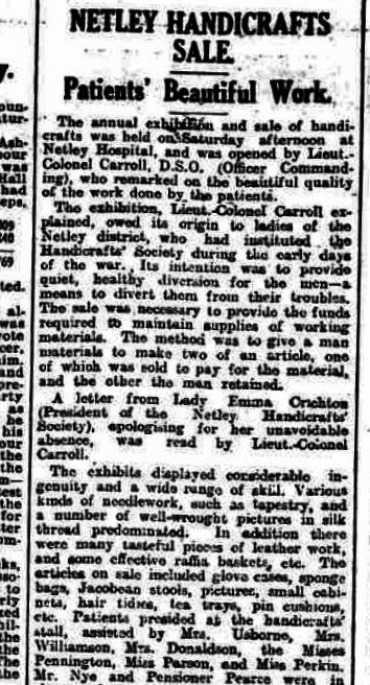 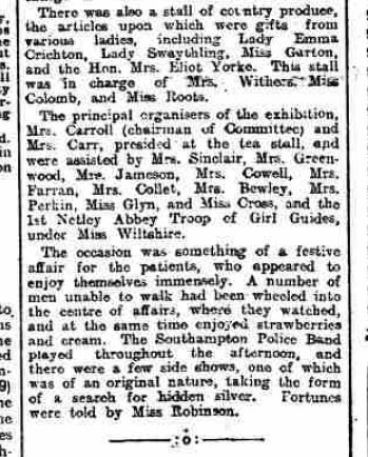 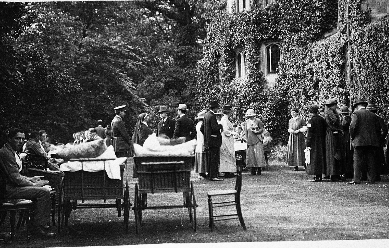 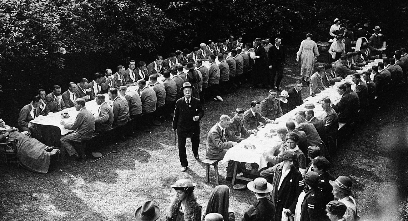