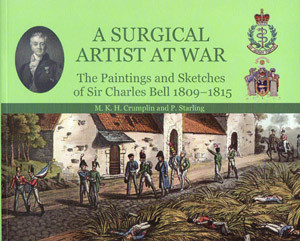 Sir Charles Bell was born in Edinburgh in November 1774 Bell grew up in Edinburgh, attending the High School (1784-8) and Edinburgh University, where he took his medical degree in 1798. He conducted his surgical training as assistant to his elder brother John Bell. He and his brother had artistic gifts, and together they taught anatomy and illustrated and published two volumes of A System of Dissection Explaining the Anatomy of the Human Body.

‘In the summer of 1866,Lady Bell, the widow of the late Sir Charles Bell FRS, presented to the Right Hon. The Secretary of State For War, for the Army Medical School (Netley), a series of seventeen large watercolour drawings, executed by her late husband. These drawings are all illustrative of wounds which have been received at the Battle of Waterloo.’

Also given were some sketch books and letters.

I don’t know which ones were on the walls at Netley, if any.

There is an interesting book written by M.K.H. Crumplin and P. Starling ‘A Surgical Artist at War’ from which some of the above text is taken.

Sir William BUTLER was an army officer and later wrote The Light of the West with some Wayside Thoughts in 1909 and his autobiography. 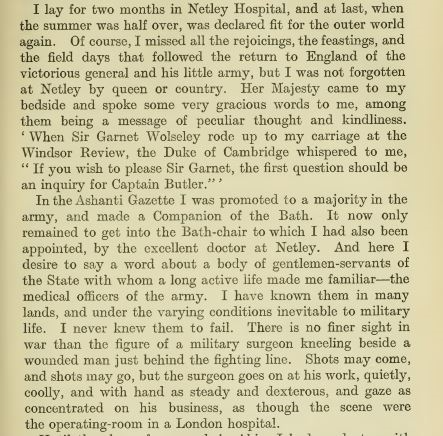 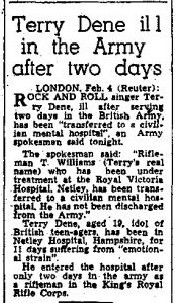 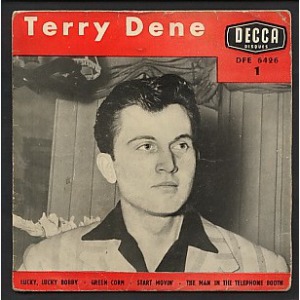 See British Library - http://www.bl.uk/collection-items/verses-from-the-trenches
Described as the Soldier Poet.
Verses from the Trenches contains the work of Herbert Ernest Howard, a soldier from the ranks, who wrote poems about his thoughts while in France. It contains a portrait photograph of Howard, and was published after his death in service. Many families paid tribute to their sons who were killed in the war by publishing a memorial volume of their writings. These books were often privately printed for family members. The poems in this volume tend to be patriotic in tone, describing the bravery of those who responded to the call to arms, about fighting for a just cause, and about his thoughts of home. The central poem in the collection is ‘The Charge’ which recounts an attack on a German trench following a German bombardment.
- See more at: http://www.bl.uk/collection-items/verses-from-the-trenches… 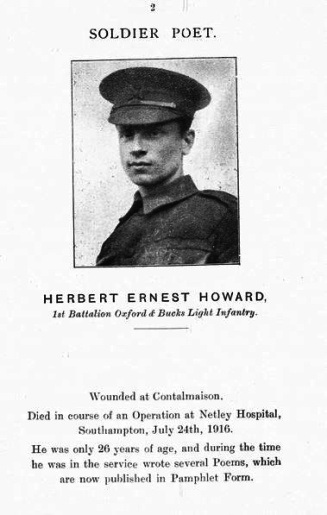 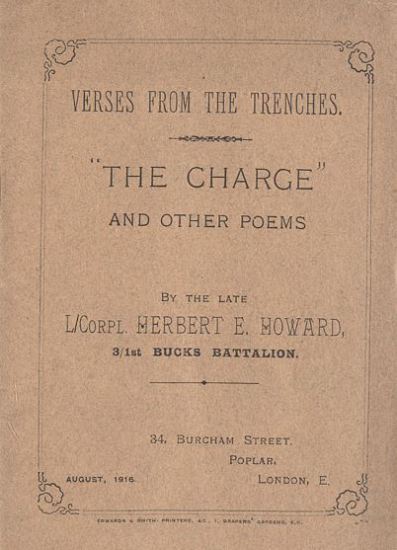 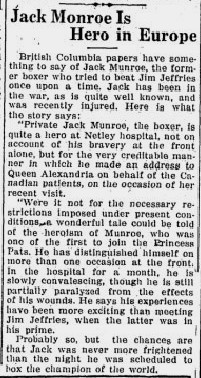 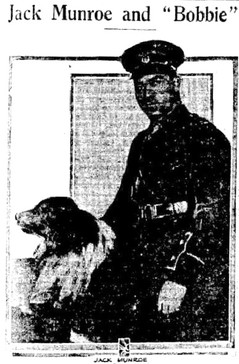 "Bobbie Burns" was allowed to stay at Netley with Jack for 18 months whilst he was recovering from his wounds. Jack found Bobbie 13 years previously in Mexico where he gave him some water, and after that, Bobbie never left his side and went to the trenches with Jack and his regiment Princess Patricia's Canadian Light Infantry. 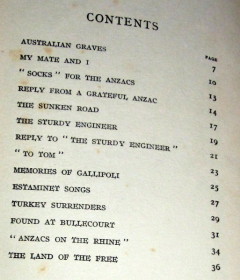 Corporal John P. O'DONNELL was at Netley hospital in 1918. He was an Australian poet and whilst he was there, he wrote several poems, for the "Songs of An Anzac" book. My thanks to Brendan for the list of 4 poems that he wrote whilst at Netley.

1.''To Tom''. There is a photo of him, Thomas Henry O. Donnell, 50th Battalion, Australian Infantry in the book. Killed near Westhoek, Flanders, on 28th September, 1917, in his 27th year. Twin brother of author John.Photo taken July, 1917 Written on the First Anniversary by Jack 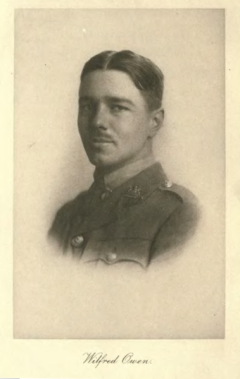 Wilfred Owen was at the Welsh Hospital Netley from 16th
June 1917 to 25th June before being transferred to Craig Lockart War
Hospital in Edinburgh. He was being treated for Neurasthenis or nervous
exhaustion.

Till on the haunting flares we turned our backs,

And towards our distant rest began to trudge.

Men marched asleep. Many had lost their boots,

But limped on, blood-shod. All went lame, all blind;

Drunk with fatigue; deaf even to the hoots

Of gas-shells dropping softly behind.

But someone still was yelling out and stumbling

And flound’ring like a man in fire or lime.—

Dim through the misty panes and thick green light,

As under a green sea, I saw him drowning.

In all my dreams before my helpless sight

He plunges at me, guttering, choking, drowning.

If in some smothering dreams, you too could pace

Behind the wagon that we flung him in,

And watch the white eyes writhing in his face,

His hanging face, like a devil’s sick of sin,

If you could hear, at every jolt, the blood

Come gargling from the froth-corrupted lungs

Bitter as the cud

My friend, you would not tell with such high zest

To children ardent for some desperate glory,

In England the leaves are falling from chestnut and beech and oak,

Where once 'mid mossgrown tree-trunks the ringing echoes woke,

As one brought down a rocketing pheasant, stopped a pigeon in its flight,

Or picked off a swerving woodcock as it sped into the night.

O for the smell of the mudflats when the autumn tide runs low,

As over the darkening waters the plovers come and go;

You can hear the whistling widgeon, see the teal as they cross the moon,

And that ray of liquid silver - the splash of a diving loon.

India too is calling, where the black buck graze on the plain,

Where the peacock struts 'neath the banyan and the partridge calls from the cane,

Where the jackal howls in the twilight and the flighting pintail wheel,

Where the geese fly up from the river and circling, light on the gheel.

When the haunting smell of the wood-smoke hangs low o'er the village street,

And the dust drifts gold in the sunset, stirred by the children's feet,

When the kites swing low round the temple, and the egrets fly from the stream,

Over the silent mangoes where a myriad fireflies gleam.

These things have I known and have loved them - the heat the dust and the sweat,

The rainswept lonely marshes, the tang of dung-smoke, - and yet

If I should no more feel them, nor quaff the breeze like wine,

The memory at least is with me - for ever, for ever mine.

This was a poem written by Captain Francis PATMORE who was a patient at Netley. He was the youngest son of Coventry Patmore, the poet.

From a member on Rootschat

Robert was at Netley from July 1917 to November 1917. He was wounded due to a pillbox being hit by a shell close by to where he was. A doctor took fifty two pieces out of his face and body.

After the war, he wrote a play entitled Journey's End about a group of soldiers in a dug-out on the Western Front with Laurence Olivier playing the lead role in the West End. It was made into a film which can be viewed on Youtube.

Robert went on to write film scripts including The Four Feathers, Goodbye Mr. Chips and the Dam Busters.His autobiography No Leading Lady was published in 1968.

Listen to a podcast from the National Archives:

His paintings include scenes from London, Oxford, Canvey
Island, Rural England, Wales, France, Holland, Gibraltar and Egypt. They are on
the Finchley Gallery site   http://www.finchleygallery.com/netley-hospital.html

Also there are pages with photographs and drawings when he was at Netley Hospital.

"Reaction"A First World War PoemEdward George TILL was sent to Netley Hospital after being wounded on 27th September 1918. He wrote a poem "Reaction" when he was back at home in Havant. There is more to read in the Havant History Booklet number 37. 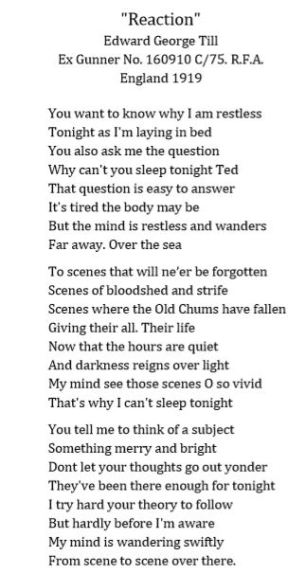