See Burials With Medals And Awards 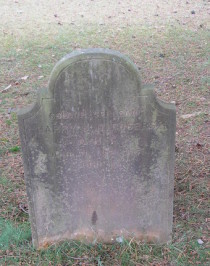 Burial no. 88 Church of England.

Burial no. 61 Church of England. 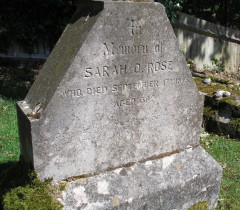 In Memory Of Sarah O ROSE

God Is Not The God Of The Dead 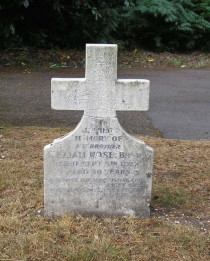 And With The Morn Those Angel Faces Smile

Which I Have Loved Long Since And Lost Awhile 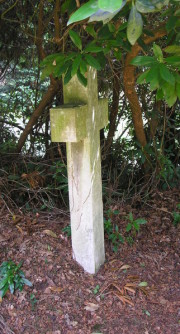 Burial no 1499 Church of England

Lots of information and a photo of him on the Durham County Council web site: 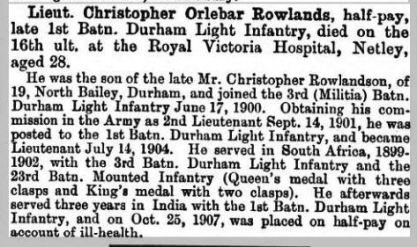 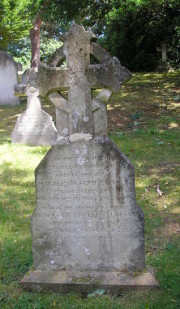 “Thy Will Be Done”

Walter was married to Adelaide Woods who had a son in 1898 named Walter T.J.Rumsey who was born in India and a son in 1902 named John Herbert Alfred Rumsey. She later went on to marry George Henry CURD

Burial no 1286 Church of England

Walter was in the Lunatic Hospital at Netley. 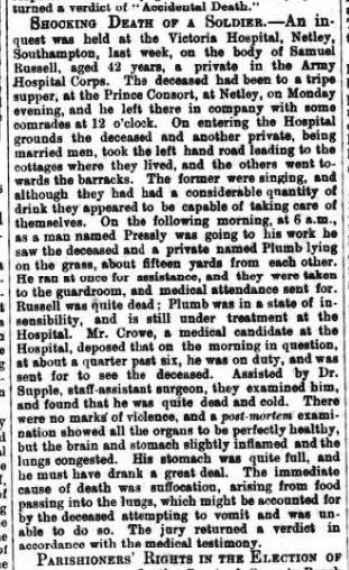 The sad demise of Pte. Samuel RUSSELL.  From the Wiltshire Times 16th November 1867.

Burial no. 95 Church of England. 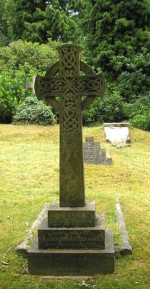 To The Beloved Memory Of

Them Also That Are Fallen Asleep In Jesus Will

God Bring With Him. 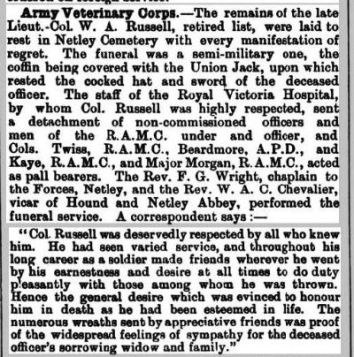 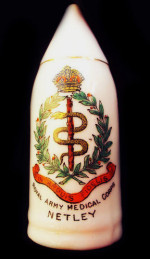 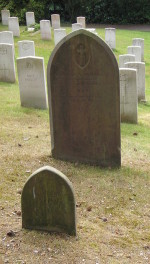 This Stone Was Erected By His

Comrades In The Band. 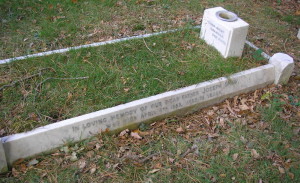 In Loving Memory Of Our Dear Father Joseph SHAW

Steve Crook wrote on my Requests for help page. Thank you.

Joseph was living at no. 66 Victoria Road at the time of his death. A.J. Beach, Vicar of Netley took the service.

Erected by his Widow, Officers and men of the R.A.M.C. stationed at Netley

The 1891 census records him as a Private, unmarried at Netley .He was born in Tunbridge Wells, Kent around 1862.

1911 census records her as living with her mother and auntie back on the Isle of Wight in Newport.

Burial no 1161 Church of England 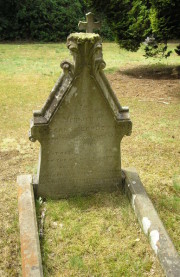 Erected As A Token Of Esteem

For Their Departed Comrade

By The N.C. Officers

Captain James SIMPSON (1892 - 1932) is believed to be buried in the Officer's section of the cemetery. In April 2019, his grandson made contact with me and asked if I could find his final resting place but without a plot map this wasn't going to be easy. Eventually by working out the dates of burials that had headstones, James worked out where his grandfather James may be buried.He also has many documents showing his grandfather's life in the army.

Thank you for the information about your grandfather James. It's nice to think that you have found him. 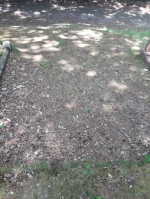 James Simpson's grave is thought to be to the right of the red headstone.

William SINCLAIR was a Staff Surgeon and was buried in the cemetery on 4th May 1871. Chaplain W. Ponsford took the service. 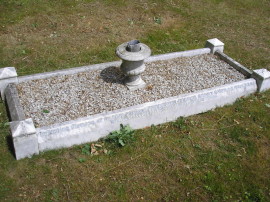 In Loving memory Of My Dear Husband 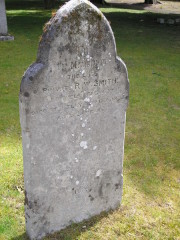