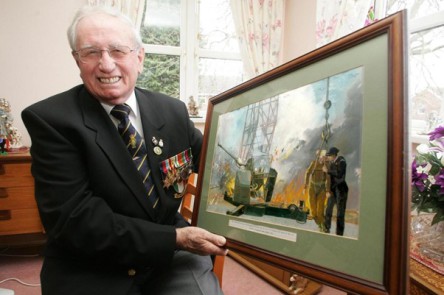 Sydney Jones was just like thousands of other servicemen stationed all over the continent when the curtain came down on war in Europe in May 1945.

Advancing to Austria, having been posted to the Middle East, Syria, Egypt and Italy, as a young man in his early 20s, Syd had already seen more of the world than most people would in a lifetime.

But while the end of the war was greeted with widespread jubilation all over Europe, for Syd it held an even more poignant significance.

If it had not been for an act of sheer unselfish, medal-winning heroism by a complete stranger nearly five years earlier, he would almost certainly have been dead.

“I’ll be grateful to Bill for the rest of my life – I wouldn’t be here if it wasn’t for him,” said Sydney.

Sydney Jones was just 18 years old when, on August 13, 1940, the Luftwaffe offered Southampton a taste of what was to come in the horrifying Blitz some three months later and reduced parts of the city to rubble in a devastating bombing raid.

An anti-aircraft gunner in the Royal Artillery, Jones, together with about a dozen of his colleagues, was manning a Bofors gun on the roof of the International Cold Store Company building when it was hit. 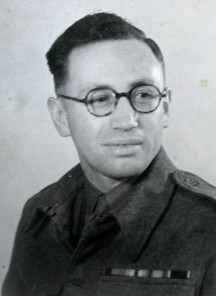 Sydney Jones while in the Army

With a fire raging out of control, the gun crew was ordered to abandon its position, clambering to safety by ladder to a crane some 50ft above the ground.

However, when a roll-call was taken once the men had reassembled at the bottom, it quickly became apparent one of them was missing.

That was when Bill Fisher, who combined his work at the docks with Air Raid Precautions warden duties, took matters into his own hands.

“Bill always used to say to me if he had stopped to think about what he was doing he never would have done it,” Syd told the Daily Echo in 2005, the two men having become lifelong friends in the wake of the rescue.

“But I think most people that do courageous things act first and think and are scared afterwards.

“We were at panic stations because the building was on fire. They managed to get a ladder near the bridge to the platform of the crane. Two of them held the ladder while the others crawled across.

“But after they realised I was missing they couldn’t get back in the building again because it was on fire. That’s when Bill turned up and said he’d get me down.” 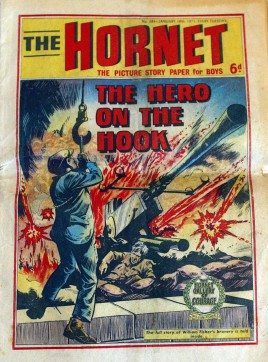 Despite fierce flames licking around him, Bill produced a makeshift rope sling and was hauled up by a crane to the roof. Once up there, he calmly secured the sling under Sydney’s arms – “After slapping enough consciousness into me to get me to grab hold” – and watched as he was lowered to safety.

By the time the sling appeared again, with the flames now intensifying and ammunition exploding, Bill only had time to grab the crane hook before being whisked off himself.

“We had had a warning that a lot of German planes were approaching Southampton and we saw some. I think we fired two shells at them but heard the bombs coming down and dropped flat and I don’t really remember anything else until I woke up in Netley hospital.”

When he first arrived at Netley, the medical staff thought Syd was an old man because his hair was completely grey from dust.

He remained in hospital at Netley, and later Windsor, for three months.

Each morning the nurses would come to his bed and say, “It’s still burning!” in reference to the Cold Store Building, which remained ablaze for two weeks due to the 2,345 tonnes of butter and carcasses that were stored there.

Syd always counted himself extremely lucky not to have sustained injuries any more serious than sever concussion. Initial fears that he might have fractured his skull and lost the sight in one of his eyes thankfully proved unfounded.

His memories of the day gradually came together through information gleaned from the nurses at Netley, other member of his regiment, and later, Bill.

Syd’s parents, who lived in Portchester, received a telegram the day after the incident telling them of the teenager’s plight and despite petrol rations, they too managed to visit their only son.

As a token of thanks to his rescuer, Mr and Mrs Jones invited Bill and his then girlfriend, Eileen Paskins, to afternoon tea at their home and presented him with an engraved clock.

A bond was formed between the two men which lasted until Bill’s death in January 1987.

Eventually Syd rejoined his military colleagues and between 1943 and 1946 he was posted abroad in the Middle East and North Africa before returning to Europe.

But he and Bill stayed in touch by letter throughout that time and when Syd returned to Civvy Street after the war – working with his father at the family nursery – Bill and Eileen would often attend their flower shows, the couple often acting as judges. 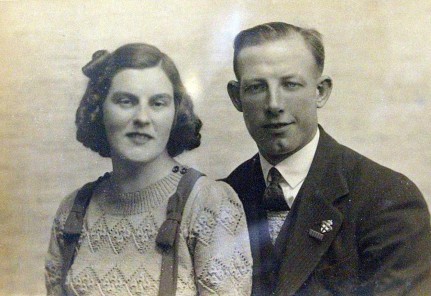 Syd said he did not particularly remember thinking about Bill on VE Day - “I was just grateful the Germans hadn’t shot us!”

But he admitted that once he got to know Bill, his actions that summer night did not surprise him in the slightest.

“I actually witnessed acts of great heroism myself. During the Italian campaign, the Germans ambushed us and our sergeant was shot through both arms. He was taken to the medical centre but the next minute he was back amongst us with both arms bandaged up, making sure everybody was all right.

“Bill was a modest, brave man and it was a very special relationship we had. You’re always going to with the man that saved your life aren’t you?”

Fisher’s act of heroism saw the modest 33-year-old become the first Southampton man ever to receive the George Medal.

Not that his nearest and dearest were any the wiser as to what their Bill had done. “The first I knew of it was on October 1 when I saw in the Daily Echo he was going to receive the medal!” Bill’s widow, Eileen, told the Echo in 2005. “And this had happened on August 13. He had never said a word!”

Bill Fisher and Eileen Paskins had been together for about three years when Bill saved Sydney’s life.

A dock labourer, who doubled up as an Air Raid Precautions warden in the evenings, Fisher was living in Highcrown Street, Highfield while Eileen, who went by her middle not her first name Margaret, lived in College Road, Woolston.

Having met in the spring of 1937, when motorcycle-riding Bill approached his future wife as she sat on Weston Shore, the couple would spend their evenings going for romantic walks along the front. 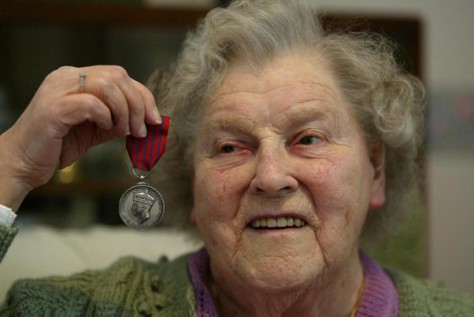 As they were taking one of their customary strolls on this particular evening, Eileen asked Bill what the huge pool of black smoke was going towards Netley. He nonchalantly replied, “Oh, they hit the Cold Store and it was full of butter.”

He didn’t even mention that he had been up there.

That was the only time the incident was mentioned between the two, until the Southern Daily Echo blew Bill’s cover in October.

Her husband’s modesty was not even a slight surprise to Eileen. “Bill didn’t really speak of things – he preferred to keep quiet. Even when I knew and we talked about it he played it down quite a lot.

“But I can imagine him being quite calm and doing what he felt he had to do with little fuss. That was very much his character. He used to say to me, ‘Keep yourself quiet,’ and he was always good and calm in a crisis.

“I was very proud when I found out but I knew at once how calm he would have been doing it. I wonder if his sister, who he lived with, even knew.

“He was a very down-to earth man who called a spade a spade not a shovel, but he was brave and very modest. He would often do things for people and then say if they paid him, that would be the last thing he would do for them!”

Fisher’s heroics earned him a multitude of plaudits from countless individuals and organisations.

Everyone from the mayor to young film fan Olive Porter of Bond Road, Bitterne Park (who was so impressed with Bill’s feat she felt compelled to tell him how she thought his actions surpassed anything from a Hollywood epic) wrote to congratulate the reluctant hero.

The Transport and General Workers’ Union presented their prestigious gold medal to Bill, and then there was the small matter of the George Medal and a trip to Buckingham Palace.

Bill was invited to the Palace for his investiture by King George VI on July, 18, 1941. Eileen, who attended with Bill’s sister Lily and her niece, remembered it being a happy day but that they were glad to get home safely, “because you never knew when the German planes would come over”.

She unwittingly referred to her husband as a “hero” when describing how he lined up alongside all the flying aces waiting for the King to present them with their medals.

The medal itself is silver, about an inch and a quarter in diameter, and shows St George slaying the dragon on one side and the King’s effigy on the other. Bill’s full name – William Wyatt Fisher – is engraved around the rim.

Bill was characteristically humble about receiving the honour, which he only ever wore on Armistice Day. But Eileen revealed, “He was very proud of having the George Medal. He just didn’t let a lot of people know it.”

The couple eventually tied the knot at St Mark’s Church, Woolston on July 12, 1943, just days after Bill was called up, and lived in Woolston for the rest of their married life.

Although a bit of a celebrity around the town, Bill remained as grounded and unassuming as ever. It was the only way he knew how, Eileen insisted.

“That was Bill all over, he would never have said he did it [the rescue]. He never spoke about it and he got a bit embarrassed if other people did. For all he was tough, he was shy underneath.”

Bill may not have considered himself a hero but to Eileen, he always was.