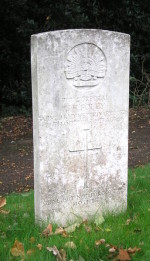 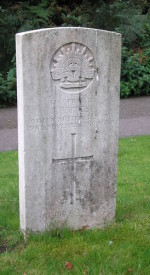 He Did His Duty

John died from a gunshot wound to his head after being in the hospital since 15th October. His funeral was held on Saturday 25th November at 3.30pm.﻿

See Burials with Medals and Awards 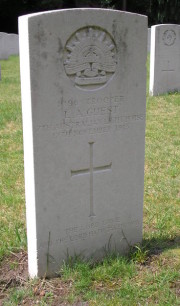 Lambert Adrian died from a gunshot wound to his spine received when he was at the Dardanelles on October 8th.﻿ 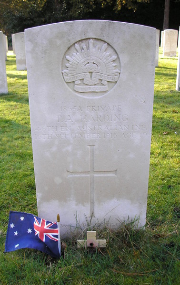 Thy Will Be Done O Lord

Thomas Arthur died from gunshot wound to his back and abdomen.

I had a message from Gary and Frances Rush saying that they had visited Frances great uncle Thomas's grave when they were here on a visit a few years ago.

As you can see from that he had such a short time in the army when you
consider his battalion the 46th arrived in Europe in the first week of June
that year. Also I should add that he was 19 yrs and 1 month old when he
enlisted so under 20 when he died."
Gary went on to say that he thinks that they are the only relatives ever to visit his grave. 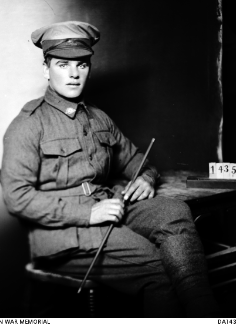 Studio portrait of 1865 A Private (Pte) Thomas Arthur Harding, 46th Battalion. A sleeper cutter from Deptford, Victoria prior to enlistment, Pte Harding embarked from Melbourne on HMAT Euripides on 4 April 1916. Later wounded in action, he was evacuated to England where, on 16 September 1916, aged 19, he succumbed to his wounds and was buried in the Netley Military Cemetery, Hampshire. This is one of a series of photographs taken by the Darge Photographic Company which had a concession to take photographs at the Broadmeadows and Seymour army camps during the First World War. In the 1930s, the Australian War Memorial purchased the original glass negatives from Algernon Darge, along with the photographers' notebooks. The notebooks contain brief details, usually a surname or unit name, for each negative. 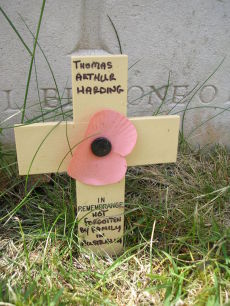 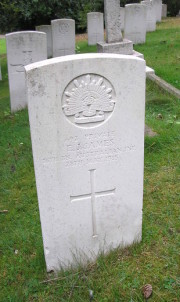 Ernest John was a mechanic in Perth before he enlisted. He died of gunshot wounds to his thigh received at Gallipoli. 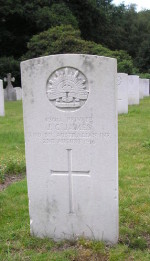 John Charles was born in Liverpool England and was a miner before he enlisted. He died of gunshot wounds to his head. 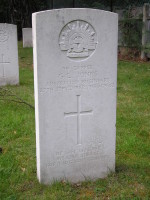 He Gave His Best

His Life, His All

For King And Country

George Longworth enlisted on 4th September 1914 age 38 so the age on his headstone maybe wrong. He had previously been in the Royal Navy for 10 years. He was born in Coventry England to parents George and Selina. He died of Enteric or Typhoid.﻿ 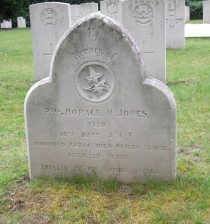 Erected By His Loving Sisters

Horace Newby signed up on the 10th April 1915. He was 23 and a bricklayer from Paddington in Sydney. His sister's were Nellie and Una. He died after he had his right arm amputated due to gun shot wounds and a compound fracture of the humerous received at Gallipoli. 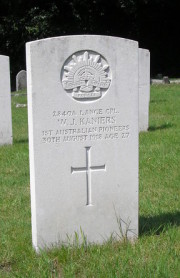 William John KAUIERS enlisted in Melbourne on 29th June 1915. He was wounded in France on the 23rd August 1918 and arrived in England on the "Guildford Castle"

He died of Tetanus from a gunshot wound to his elbow on the 30th August. 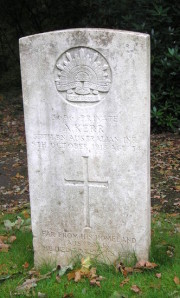 Far From His Homeland

He Died To Keep Us Free

He had a gunshot wound to his arm and had gas shell burns over most of his body.﻿ 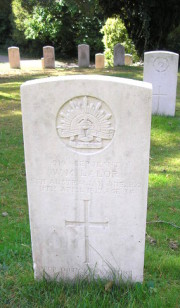 William Michael died from Nephritis (kidney disease) His parents were Catherine and Michael. 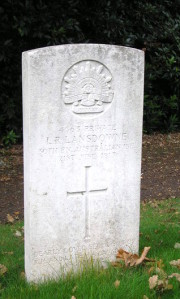 Lindsay Robert was born to Mary Ann and Robert Henry. He was wounded at Messines where he sustained a wound to his abdomen. He developed septicaemia and died.﻿

One Of The Best

Loved By All Who Knew Him

Frederick James was 26 years old when he enlisted and was a pastry cook.He was in the 1st Field Bakery. Frederick died at the University War Hospital in Southampton of bronchitis and heart failure. Private Lee's brother attended his funeral. His parents were Elizabeth Jane Ada and William John.﻿ 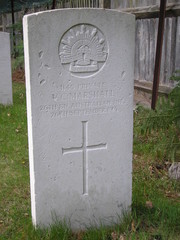 Vere Claude was wounded in his spine whilst in the Dardenelles. He died onboard Aquitania on the way back to England. He was 21. 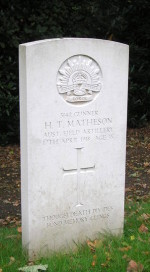 Henry Thomas was born to Annie and Johnny. He was 30 years old and a butcher when he enlisted in July 1915. He died from wounds received in action whilst returning to England onboard H.M.A.T. Carisbrook Castle.﻿ 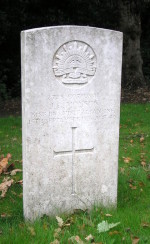 John Christian was 42 and a carpenter when he enlisted. He was born in New Zealand to John and Mary.  His wife was Laura. He died from gunshot wounds to his shoulder and leg which was then amputated, in the University War Hospital Southampton.﻿ 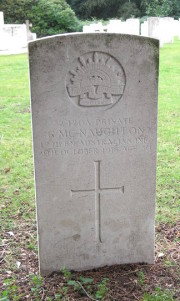 George enlisted at Liverpool New South Wales on 23rd July 1915. He was born in Auldgarth Scotland and was 27 years old. He died of wounds at sea onboard H.M.A.T. Carisbrooke Castle whilst returning to England. 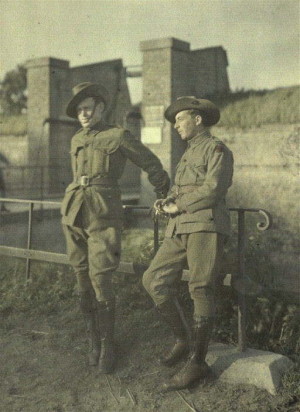