From the Memorial at Southampton Old Cemetery 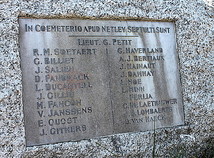 There is a memorial to the Belgian soldiers at Southampton Old Cemetery. On one of the plaques, there are the names of Belgian soldiers who were buried in Netley at the time of it's erection on May 23rd 1916. The names are as follows:

According to the burial records, Noe and Ferlia were removed from the cemetery in 1923 as were Ducastell, Gillis, Laethauwer, Damhay and Lombaerts.

This is from Danny Delcambre regarding the Netley Belgian Burials:

The Daisy is the flower of Remembrance for Belgium. 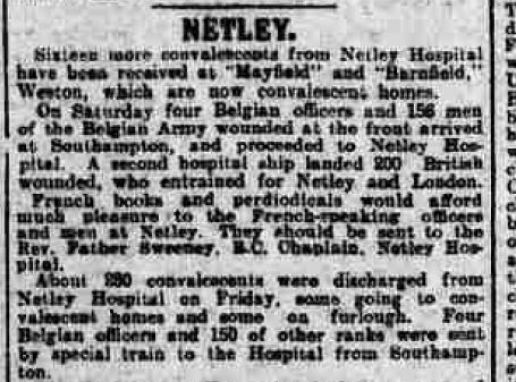 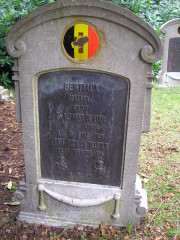 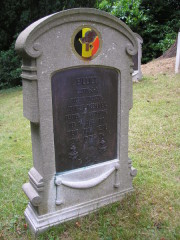 I have been given a few details about Gaston from Patrick Michiels: His parents were Edouard and Marie Louise. He was born on the 24th April 1895 in Gentbrugge, East-Flanders, near Ghent Belgium.

He died after receiving injuries to his abdomen, arm and legs.

Patrick goes on to say: Gaston was the Great Grand Uncle of my colleague Eric Van Vaerenbergh.  The family tried to find out till now, where Gaston was buried, while like I've already told you they received a little tin box with burial earth (not a wooden box, like I told you before) but they didn't know where Gaston was buried... So it took about 103 years till I've researched it out for my collegue.  Unfortunally the family don't have any pictures of Gaston in uniform or in civil, all was destroyed in the Monastery where Gaston was stationed before the war, the Monastery was totally destroyed during the War by the Germans.

Below are photographs from Patrick that he did manage to research. He had hoped to find a photograph of Gaston when he was in the army but that wasn't possible, instead he says:

I've managed to contact the former Congregation of Gaston where Gaston was active as a teacher before war.  He name as E.H. Broeder Libertus-Maria (Gaston Billiet) and hereby we are proud to send you a picture of Gaston as Chaplain during the Great War and as Brother of the Order of Maria of Lourdes. 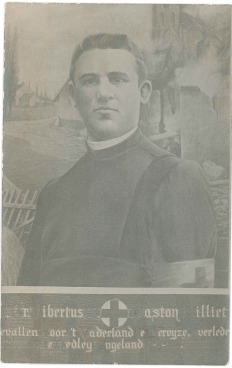 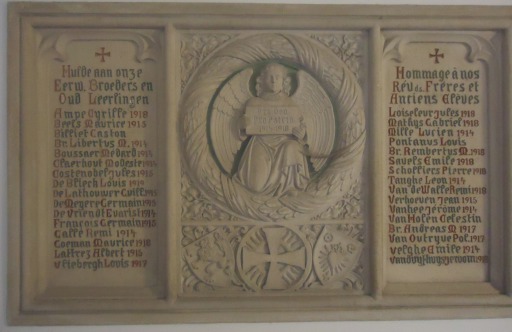 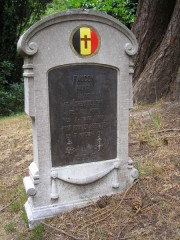 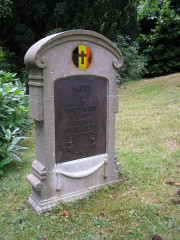 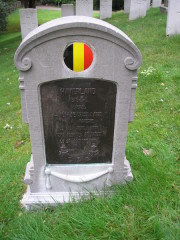 There is a burial record for a Pte Howcolanol Belgian died on 29th October 1914. Burial record no 802 Roman Catholic.

On ancestry.co.uk there is a death certificate for a George Haverland born abt 1897 and died 1914 age 17. Is this the same person? 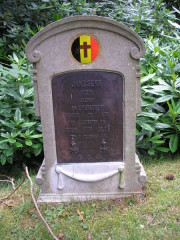 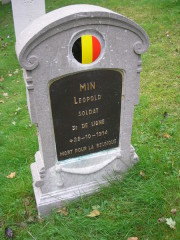 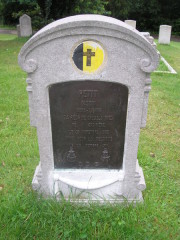 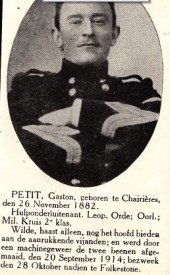 The translation is as follows:

"Petit Gaston, Born at Chairières on 26 november 1882
Sub Lieutenant, Order of Leopold, War Cross, Military Cross 2e Class
Tried to stop, practically on his own, the enemy advance but his legs were shot off by an enemey machine gun on 20 september 1914. Was evacuated to Folkstone were he died on 28 October 1914."

That puts him in de defense of Antwerp, the 3rd Regiment of Chasseurs fought in the region of Londerzeel (near the fortresses of Liezele and Breendonk). There were several patrols in force to the south near Opwijk between 20 and 22 september 1914, where they clashed with elements of the German Marine Division. That's where he probably got wounded. 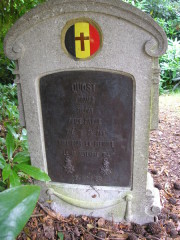 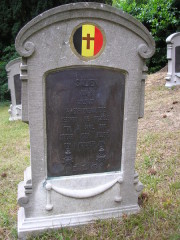 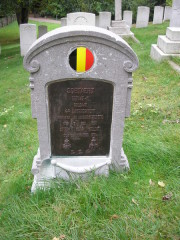 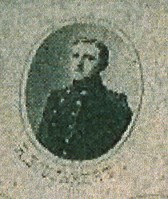 Picture came fron the database of André Declercq.Thank you Niko. 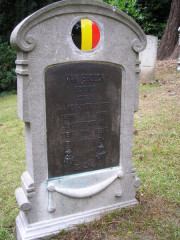 These three headstones have no date of death on. There is a burial record for one.

I cannot find any name similar to this on ancestry.co.uk so can't find a death certificate. Any help greatly appreciated. 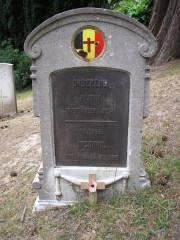 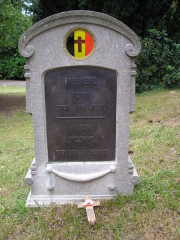 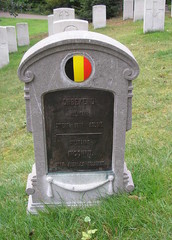