In my research about the Canadian soldiers graves, I have found there to be soldiers who were born in Japan, Russia, Sweden, Montenegro, U.S.A. as well as the U.K. and Canada who fought for Canada in WWI. 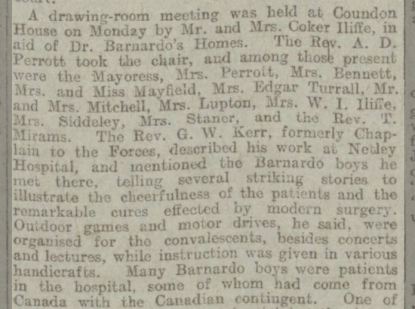 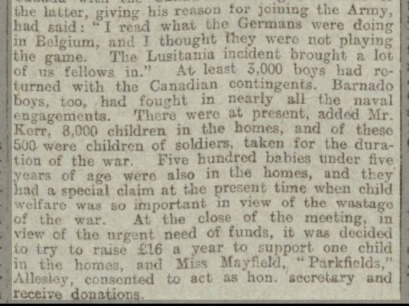 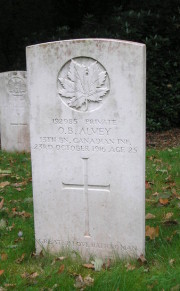 Owen Burchby Alvey lived at no 7 Neville street with his father Samuel who was a Hosiery Machine Fitter, his mother Harriet and brother Wallace, Dennis, Charles and Walter. Owen was born in Nottingham. 1901 census.

1911 census has the family living at 17 Mayfield Grove Nottingham. Owen is 19 and is a lace warehouseman

On 23rd May 1912 some of the family went to Quebec in Canada from Liverpool on the Megantic.

He died of a gunshot wound to his spine after nearly a month in hospital.

The site below is about a church in Canada with stained glass windows commemorating local men who were lost in WW1. Owen B. Alvey is the top name - Soldiers from the First-Pilgrim congregation

I visited here on the 31st October 2016 and found a lovely photograph on Pte. Alvey's headstone. 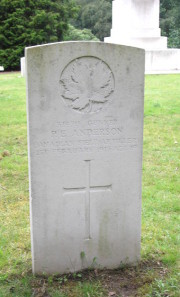 Percy was a British Home Child who was sent to Canada in 1909 from the Barnado's childrens home. He traveled on the ship SICILIAN to go to Quebec. The journey lasted 14 days and he was 10 years of age. 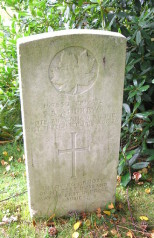 Sidney was born in Maidenhead England.

There is a Sidney Basil Andrews onboard the Teutonic bound for Portland Maine, leaving from Liverpool. Arrived 25th March 1913. He is a motor mechanic. He worked for the Dunlop rubber company. He and his wife had 3 children. She must have followed her husband to Canada??

He signed up in September 1915 when he was living at 202 Booth Ave. Toronto Canada.

There is a newspaper article stating that there was a mix up in the information given to his wife about his condition in the University War Hospital Southampton. She was told that he had a leg wound and had died. Then she heard that he was wounded in the thighand then that the casualty was cancelled. Eventually his wife got the truth that he had passed away. His brother was able to attend his funeral.

He was admitted to Southampton University War Hospital on September 14th 1916 with a gunshot wound to the leg which had turned gangrenous. He died a week later. 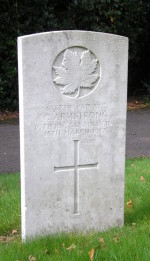 Was born Dunfermline, Scotland. He was 27 when he enlisted on February 28th 1916.

1901 census of Scotland has Charles aged 14 living with parents Alexander and Jane and brothers Alex and Robert and sisters Euphemia, Jane and Annie at 13-14 Engine Row Fife. Father is a Coal Miner’s Drawer.

1916 census of Canada has Charlie aged 27 living with parents Alex and Jane, brothers Robert and Donald and sister Annie at 606 16 st Calgary. Charlie and Robert are soldiers.

Charles was admitted to D Block on March 4th 1917 suffering from "Acute Mania". He died there on the 15th March 1917 from acute mania and exhaustion. 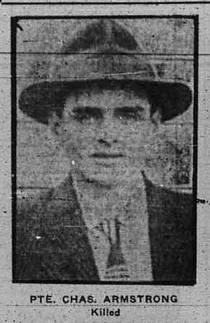 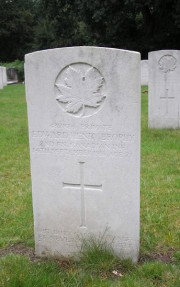 When Duty Calls Or Danger

Be Never Wanting There

Edward died on board H.S. Aberdonian whilst on his way to Netley on the 14th September 1916 of a gun shot wound to the spine. 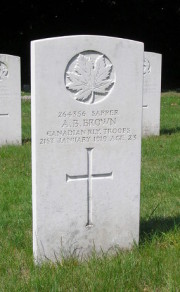 He was admitted to Netley on 16th October 1918 after being in another hospital since 6th July 1918 complaining of headaches. He died on January 21st 1919 of Cerebral Spinal Meningitis. 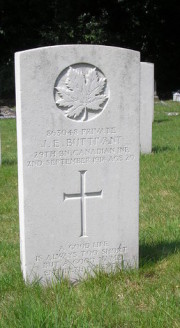 Is Always Too Short

But A Good Name

He had gunshot wounds to his left leg which resulted in an amputation above the knee. Also wounds to his back penetrating his kidney. He died of heart failure. 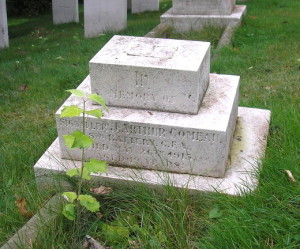 He was admitted to Netley on 13th May 1915 with shrapnel wounds to his head and body. 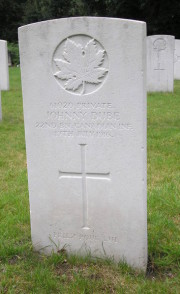 Johnny was born in Chicoutimi, Quebec, Canada to Fereole and Marie (Gaudreault). He enlisted on November 6th 1914 aged 22.

He died at the University War Hospital Southampton from wounds to his legs and back on 17th July 1916 after arriving 8 days earlier. 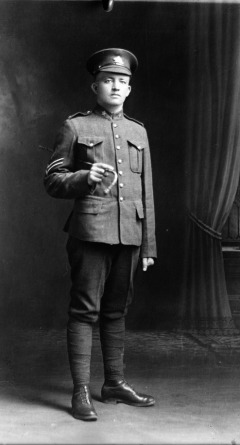 This photo was sent to me by Karen Dubé who is a direct decendant. Thank you. 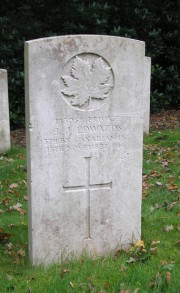 He was admitted to Netley with a gunshot wound to his left thigh on 20th October 1916 after being operated on in France.

Died of acute pneumonia and cardiac failure on the 13th November 1916. 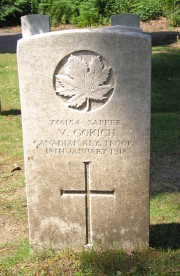 Vuko died at the University War Hospital of gunshot wounds to the neck.

Vuno was born on the 17th December 1878 in Kolasia Montenegro.

He served for 3 years in the Monteegrin army before emmigrating to Canada.

He enlisted in Lethbridge Alberta Canada on December 8th 1915.

Thank you to Michael Corrigal for this information.

See Burials With Medals and Awards 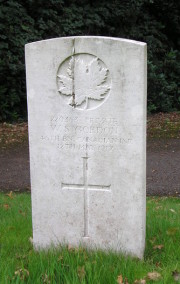 He was admitted to Netley on 16th April 1917 with a gunshot wound to his left arm which was amputated but septicaemia had set in. He died on the 12th May 1917. 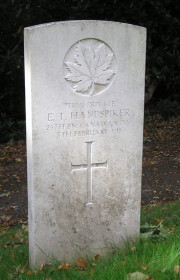 Penny Baxter on Ancestry says:"He was born 18 April 1899 in the beautiful village of Mount Pleasant, in Digby County, province of Nova Scotia. He was the youngest child of Alfred Handspiker and Lizzie Mayberry. He had 4 siblings and one 1/2 sister. I believe he was the only son."

Shirley Stone sent me a message:

You will note he was not killed in action on February 5, 1918, but was wounded on July 7, 1917 and went from base hospitals in France and finally sent to Royal Victoria Hospital, Netley, on January 26, 1918. He died at RVHospital on February 5, 1918, suffering from trench feet, gangrene, and cardiac dilations and nephritis. 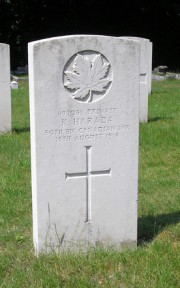 He arrived in Netley on 13th August 1918 with gunshot wounds to his legs, shoulders and arms. He had profound septicaemia from which he never recovered and died on 15th August 1918. 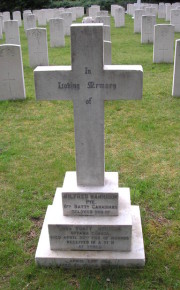 He was wounded on the 29th April 1915 and died at Netley on the 30th from tetanus following a gunshot wound to his arm.

Steven Clifford has been researching Wilfred and the results can be found here: 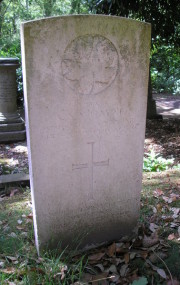 O'Thou That Hearest The Prayer

Unto Thee Shall All Flesh Come 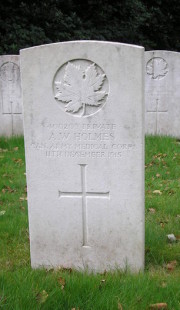 Arthur William was born in Toronto Canada. He enlisted on July 1st 1915 aged 23.

He was admitted to the University War Hospital Southampton on 6th December 1915 with Dysentery. 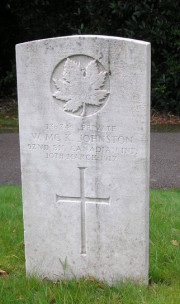 He was admitted to Netley on 23rd September 1916 with Paralysis due to a gunshot wound to his shoulder and died on the 10th March 1917. 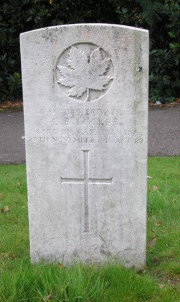 Clarke Burns Locker was born in Willowfield, Saskatchewan. He enlisted on 17th May 1916 age 29.

He died on the 28th November 1916 on board Hospital Ship “Gloucester Castle” with Cardiac Asthma. 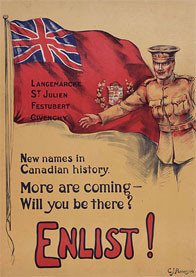