I found a photo of John in an old book and thought I would try and find out more about him. He had a very interesting life which I researched by reading the Australian newspapers on the Trove website.

Bugler Dunn was at Netley being treated for his wounds received at Colenso in the Boer War. 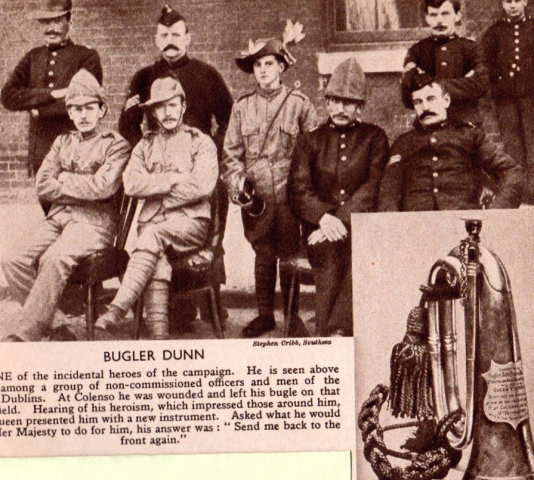 From "The Pageant of the Century" book.

Bugler Dunn was born John Francis Dunn to Michael and Lizzie in 1884 on the Isle of Man.

His father Michael was in the Royal Dublin Fusiliers so it’s probably why John signed up with them on the 18th July 1898. 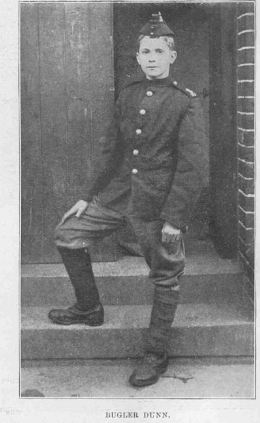 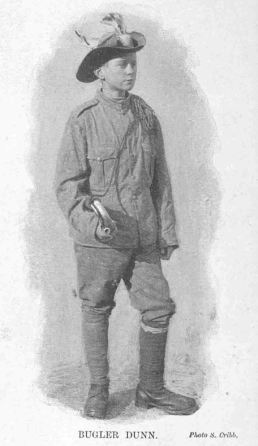 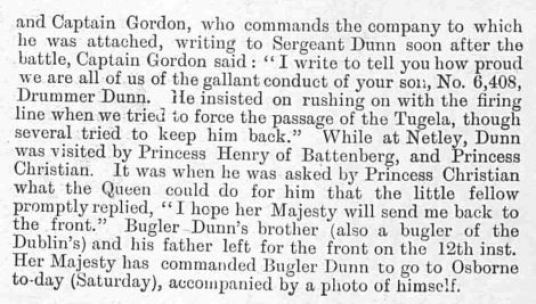 From The Illustrated Sporting and Dramatic News February 17th 1900.

He visited Queen Victoria in Osborne House on the Isle of Wight. 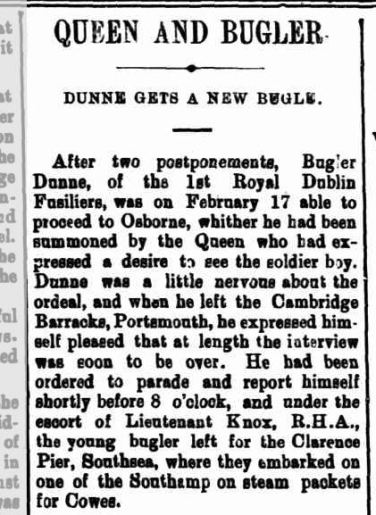 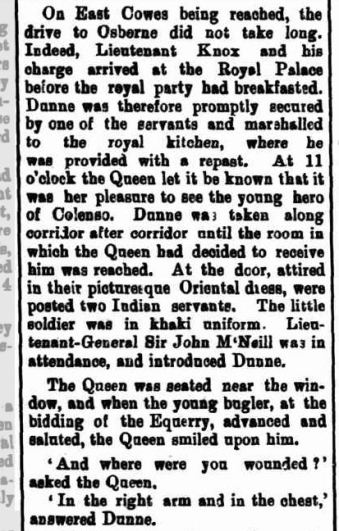 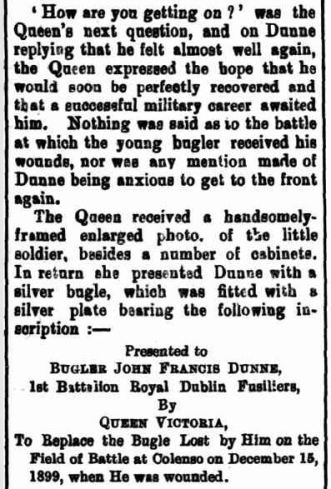 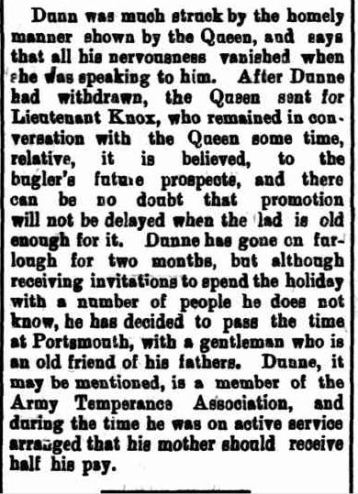 Years went by, the next time John was in the news was when he supposedly died in 1933. 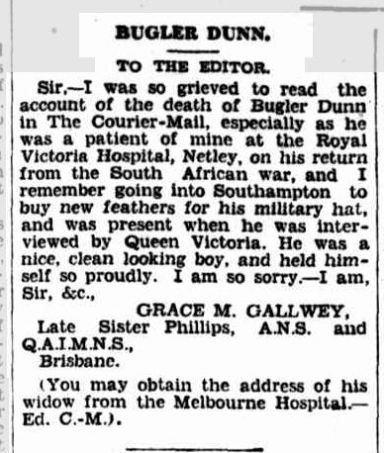 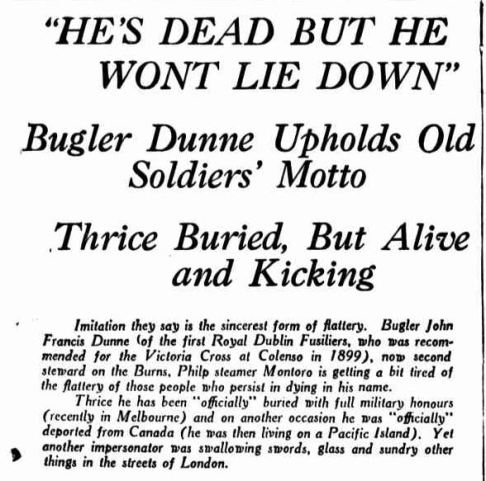 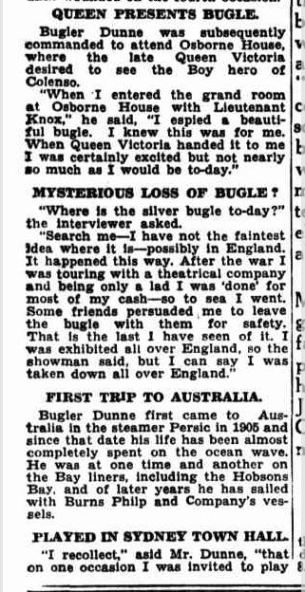 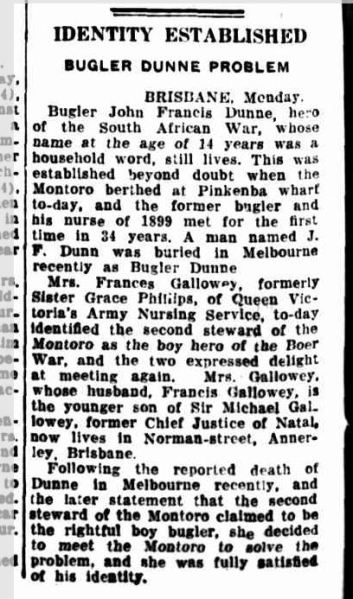 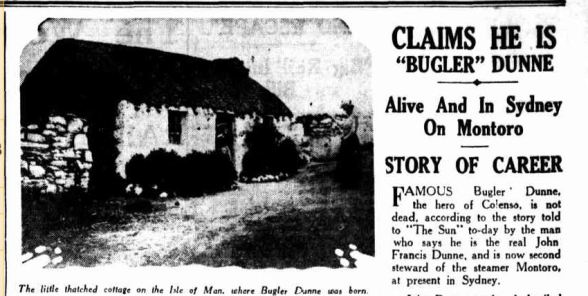 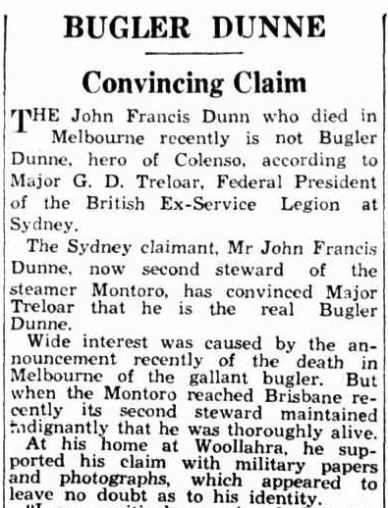 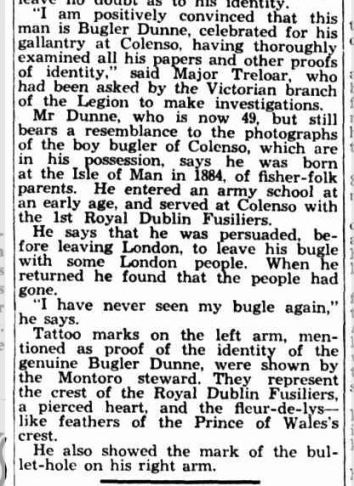 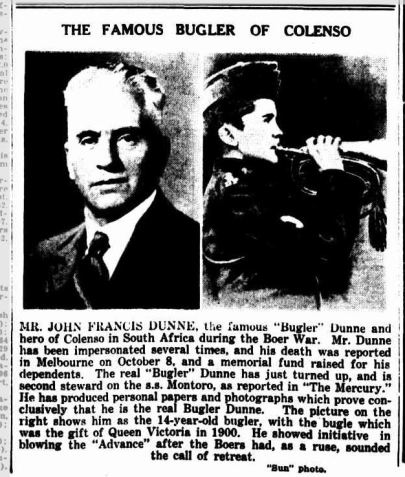 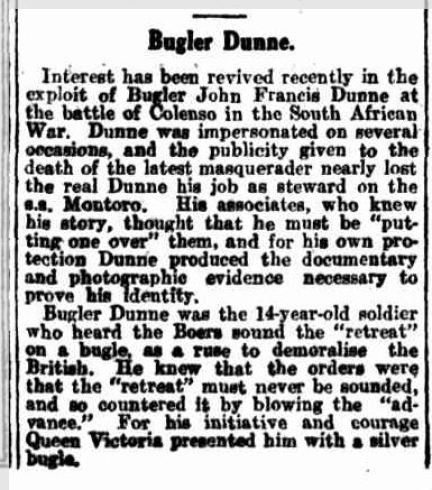 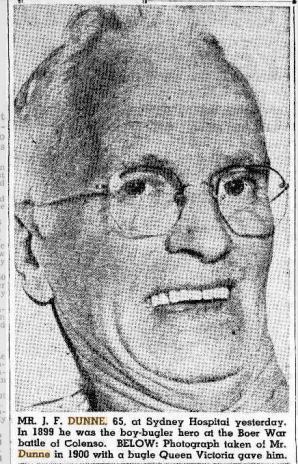 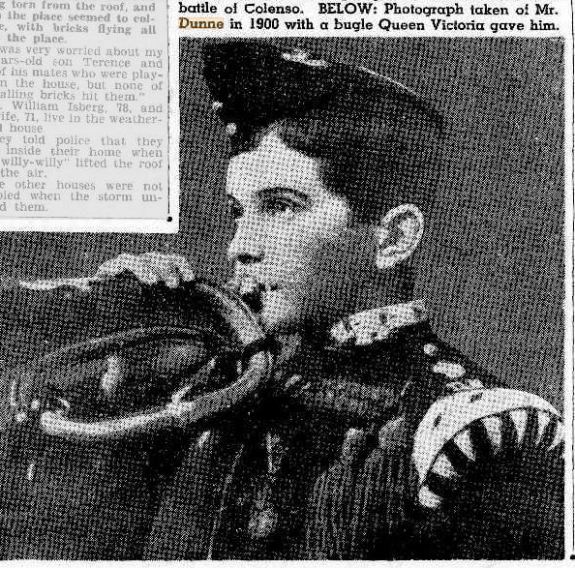 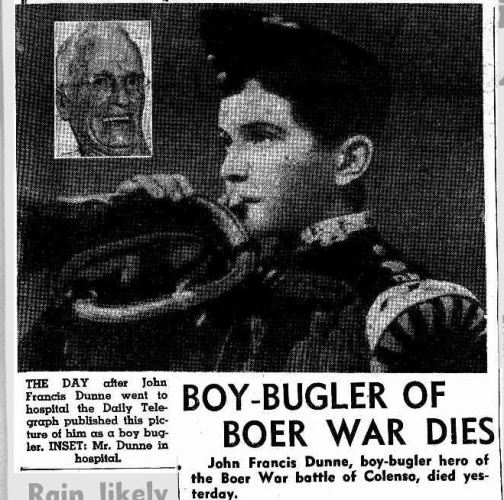 John was cremated and his ashes are buried in the Eastern Suburbs Memorial Park. www.findagrave.com 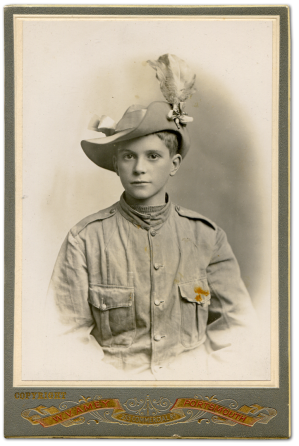 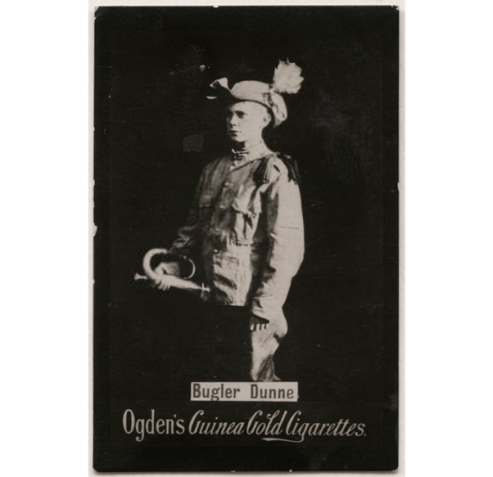