Here are some names of soldiers and sailors that I found on Ancestry.co.uk and other websites, said to have died at Netley but were buried elsewhere.

The names in purple were found by Colin Seivwright who very kindly searched the Scottish War Graves.

The names in brown were found by Brenda who is a fellow Netley researcher who very kindly looked through the Welsh newspapers. 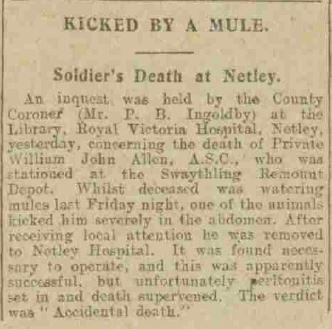 Pte. Samuel Ashton is buried in Cheadle and Gatley Cemetery. 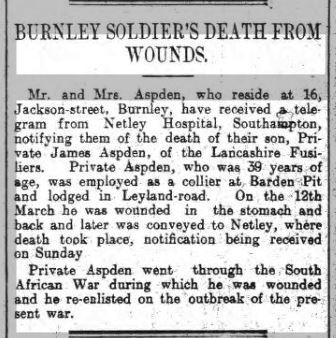 George Ford Badrick died at Netley hospital on 10th August 1916 from multiple gunshot wounds to his right eye, arm and both legs and a broken right leg. He is buried in Islington Cemetery.

Pte.1922  Joseph Balderston died on 2nd September 1916 and is buried in Ulverston cemetery. 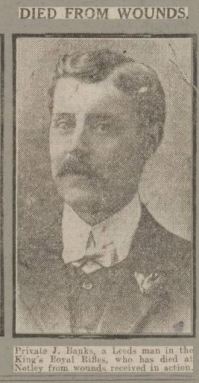 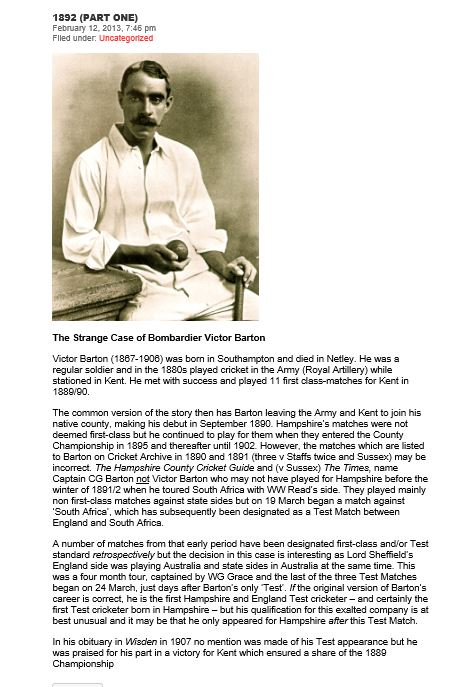 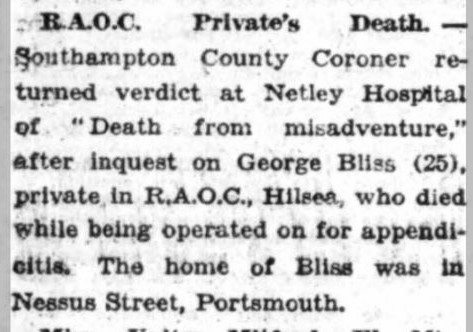 BISS —in ever loving memory of George. R.A.O.C.. died suddenly, Netley Hospital, 17 August 1938. Forever in our thoughts from Mum, Winn and Charlie. 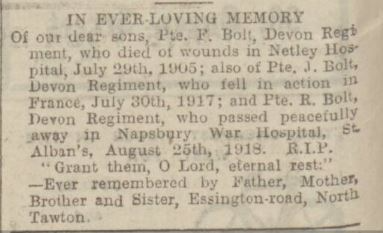 The death occurred at Netley Hospital, on Saturday, of Mr. W. Brown, of 29, Durham Street, Porton, at the age of 47. Deceased was a prominent member of the Gosport branch of the British Legion, and had been its popular bandmaster since its inception. A time-serving soldier, he was on pension when war broke out, but rejoined, and saw service in France with the 14th Hants (Portsmouth Battalion). He was wounded, and was eventually invalided out with the rank of sergeant. Subsequently he obtained employment in Priddy's Hard. A widow and seven children are left.

Cpl. Mark Browning died 11th April 1944 from a traffic accident. He is buried in Henfield. 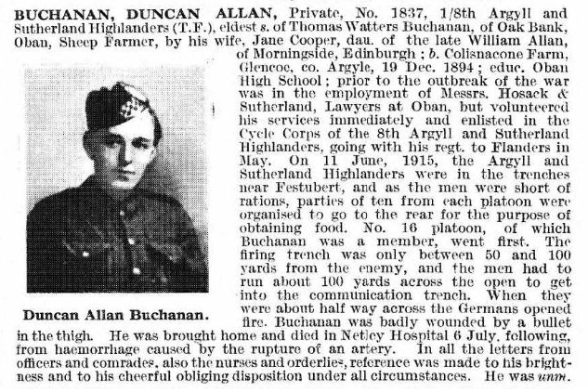 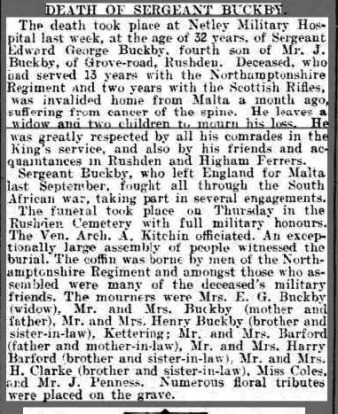 I came across your site while doing research on my grandfather.

He had been thrown by his horse when a shell landed nearby in France at Cambrai WW1 and was unconscious for over 24 hours. Did not report it and 12 months later got a tumor on the brain and died there.

He came from southern Ireland.He fought at Omdurman in the Sudan with Kitchener and Churchill in 1898. 8000 British troops, 17000 Sudan and Egyption troops all versus 60000 dervishes!!!

He was at the siege of Ladysmith in the Anglo Boer War in South Africa. Then stationed in India on the border with Tibet and Nepal near Raniket where my mother was born in 1906. China had just walked into Tibet and the Rajah was worried they might threaten India.

He was in Flanders in the 1st WW. where he got the MC and mentioned in dispatches. His other medals were Nile Expedition Medal, Khedive Sudan Medal, Queens SA Medal, Kings SA Medal,British War Medal, Victory Medal and Long Service and Good Conduct Medal.

He started off as a ranker and then became the Regiments RSM.He was then in WW1 promoted to Lieutenant. He married my grandmother (Susan Winifred) who was also Irish in Cairo. She was an army school teacher.Story goes she went to Egypt to get married in a sailing ship and was so ill that in those days they used to tie you to the mast. They were going to leave her at Gibraltar but she would have none of it she was determined to get married in Cairo where Michael was stationed. When I was little she used to get me to walk up and down balancing a book on my head! To make me stand up straight. Her father was in the Royal Engineers and had been born in Gibraltar.

Although I was born and bought up in the UK I have lived in South Africa for the last 40 years or so, so I don't come there very often. I have always assumed that my grandfather was buried close to the Royal Victoria Hospital so if you get the time to have a look it really would be much appreciated to find out if he is buried there.

Michael was living in Winchester with his wife Susan and daughter Winifred according to the 1911 census and he is buried at (West Hill) Old Cemetery there. There is a photo of his grave on The War Graves Photographic Project site

Thank you to Chris for his story. 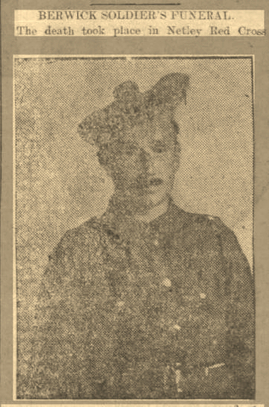 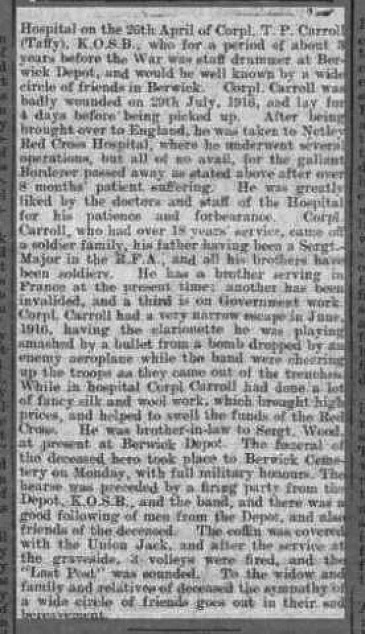 “I sat beside his bedside.

I tended him with care.

God knows my heart was broken

When I had to say goodbye.

In loving memory of my darling son, Jim, who passed awav peacefully at Netley Hospital on February 7th. 1952 - From his broken hearted mother at 90 Mayfield Road. “A grief too great for words. Reunited with his Dad.” 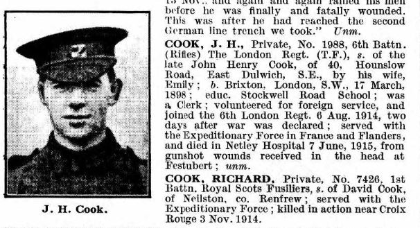 James Coomber thanks to Lynne Waters 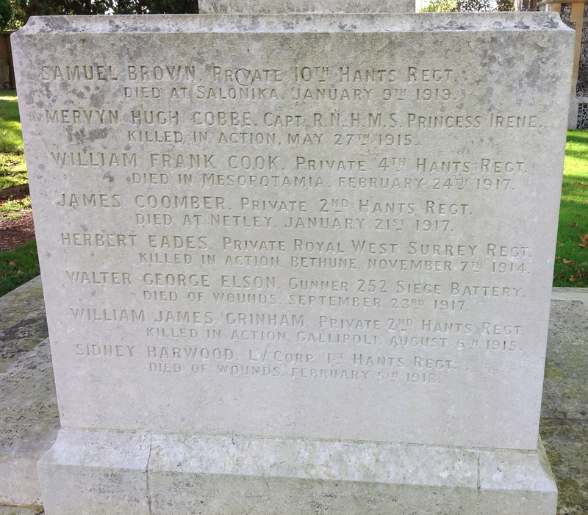 Pte Edward COOMBS, 14th Battalion Canadian Regiment died at NH as a result of a shot wound and was brought home.  His burial took place at Glyntaf Cemetery, Pontypridd on 21/04/1915.

Pte. James Cooper died on the 24th June 1915 and is buried in Orkney. http://www.rbls-kirkwall.org.uk/memorials/Kir/JamesCooper.pdf 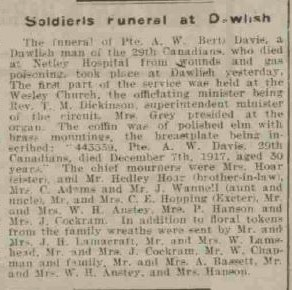 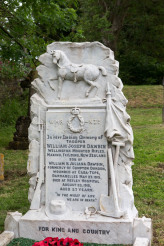 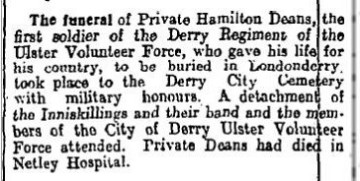 Lt. Col. Charles Frederick Denman-Cook D.S.O. died in Netley on the 2nd May 1918 and is buried in Reading cemetery. 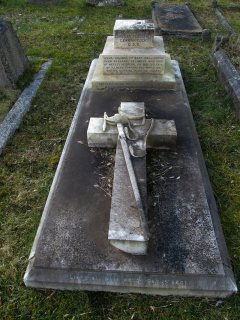 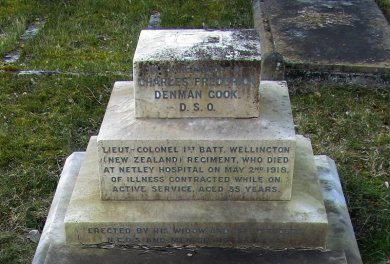 Died May 2nd 1918. He is buried in Reading. My thanks to Derek for the photo.

Much sympathy is expressed for Lieut. G. Dixon and Mrs. Dixon. of The Crescent, Netley Abbey, in the loss of their only daughter, Dorothy who was killed by an Army lorry in the grounds of the. Royal Victoria Hospital on Monday. Her bicycle was caught in the train lines and she was thrown in the pathway of the lorry.

6384 James Dulson who died at Netley on 25th April 1906. He is buried in Wellington Cemetery Shropshire. Thank you Philip Morris. 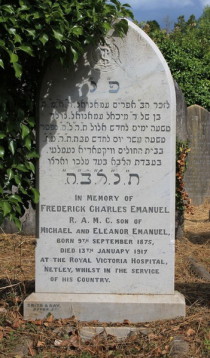 In Memory Of Frederick Charles Emanuel

At The Royal Victoria Hospital Netley

Whilst In The Service Of His Country.

The 1911 census shows that Frederick age 35, was living with his widowed mother Eleanor and his brother Leon at no 11 High Street Southampton. This could have been a shop as the family were Pawnbrokers and Jewellers.

Frederick signed up on the 18th July 1916 at the age of 40 years. He died from respiratory failure and possibly meningitis according to the hospital report from Major C. Bremhall Registrar in Netley. From Ancestry.

Frederick was the grandson of the first Jewish Mayor of Southampton (Southampton:Gateway to the British Empire by Miles Taylor)

Pte. James Frost died at Netley 14th May 1917 and is buried in Hatfield. http://www.hatfield-herts.co.uk/warmem/ww1-2stluke.html