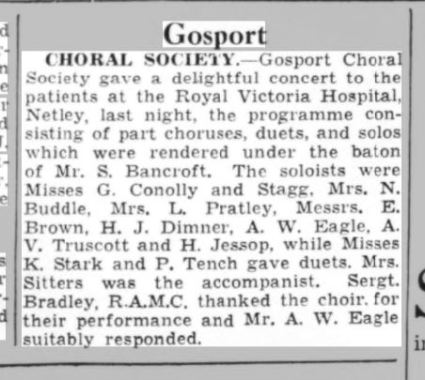 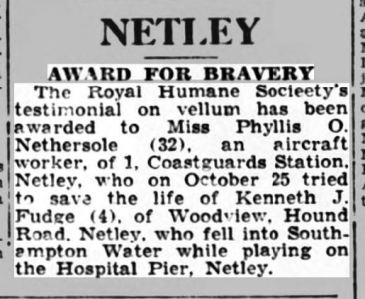 Hampshire Telegraph 2nd January 1942. Kenneth is buried in the cemetery. 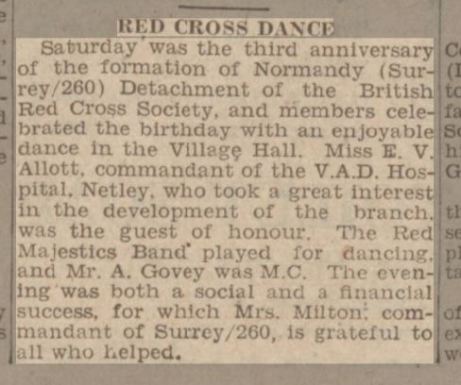 The Commanding Officer congratulates all hands on the
splendid showing made.
C. J. Brown
Captain (MC) USN
Medical Officer in Command"
In any event, with the progress of our forces in France, alerts
became less frequent and ceased in early August: Other
changes occurred also. We were receiving fewer patients for
definitive care and acting as a collectmg center for Navy
patients and an evacuation hospital for both Army and Navy.
By the middle of the month there was much less work for all
and "scuttlebutt" circulated that we were to be relieved and
go to other duty. As is so often the case, the scuttlebutt
was correct, orders for officers came in and a few detachments
followed. Navy patients who would not be ready for
dutv within thirty days were evacuated, some by air, some
by ship. Some of our corpsmen flew back with their patients.
Early in September the plans became more definite and we expected to be gone by October first. The first party from the Army General Hospital which was to relieve us arrivedon the fifteenth. There were more officers detached, several of whom flew back. On the twenty-third a large group of
officers, nurses, and corpsmen left in a train which also carried
patients. This left only the Commanding Officer, the
Exec, the Chiefs of Service, Departmental heads, half the
nurses and rather less than half of the corpsmen to follow the
next week after turning over to the Army.
All Medical Department
personnel, except Captains Brown and Miller, were ordered to various activities within the States. Captains Brown and Miller went to the staff of Comnaveu and the seamen ratings were assigned to an amphibious force. The Support Officers went to Exeter, and several Hospital Corps officers
to the Eighth Fleet.
After eight months and eleven days of commissioned service we had received and treated over nine thousand patients.
Snag 56 and United States Naval Base Hospital #12 are now
a memory. Your historian joins Admiral Stark, Admiral
Mcintyre and Captain Brown in a sincere -
-Well Done 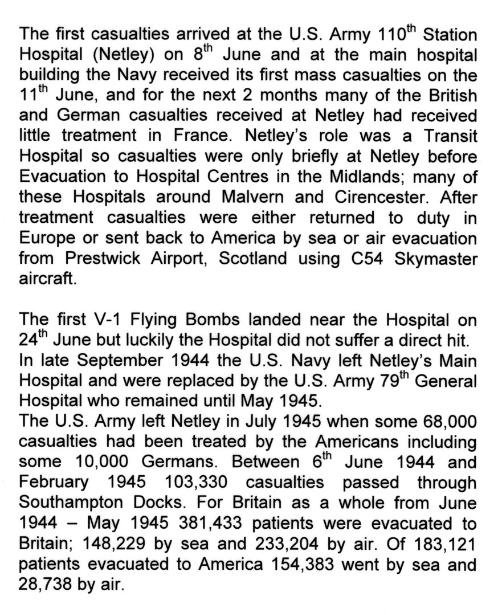 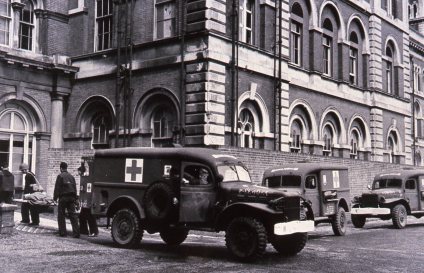 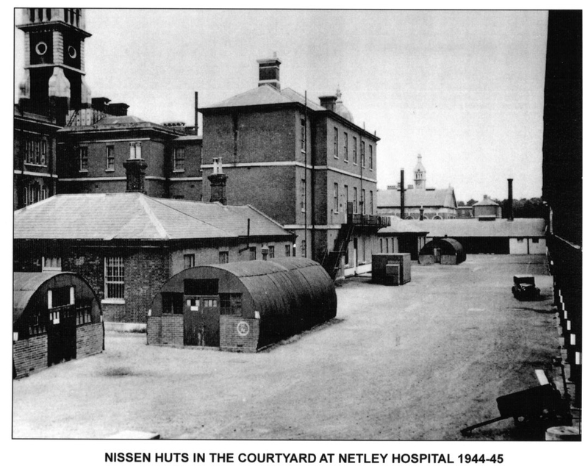 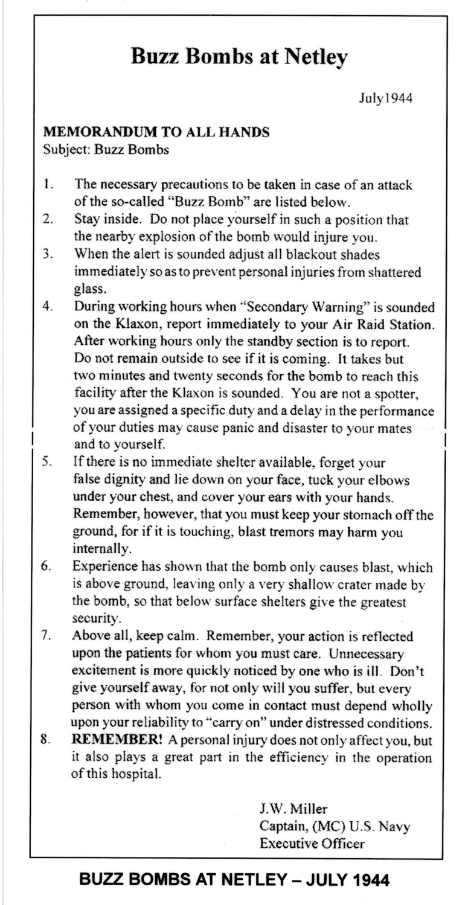 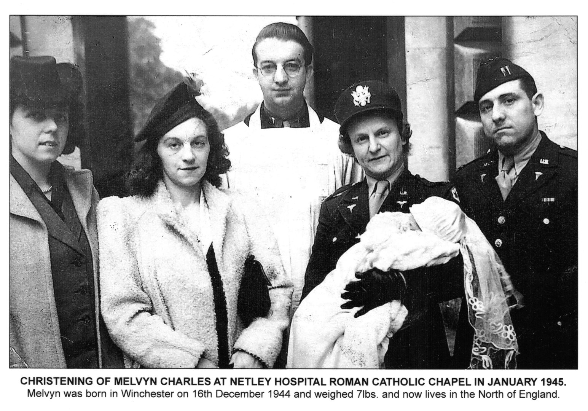 Christening of Melvyn Charles at Netley in January 1945 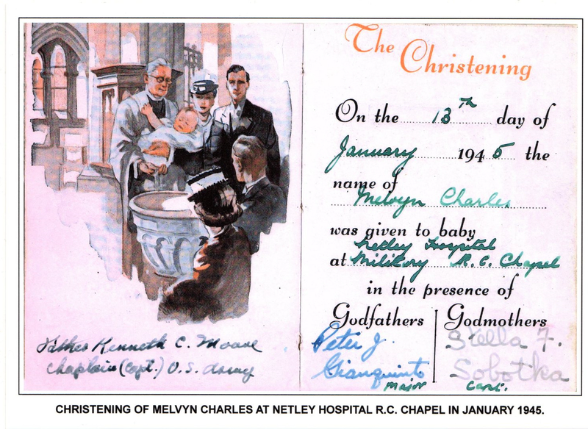 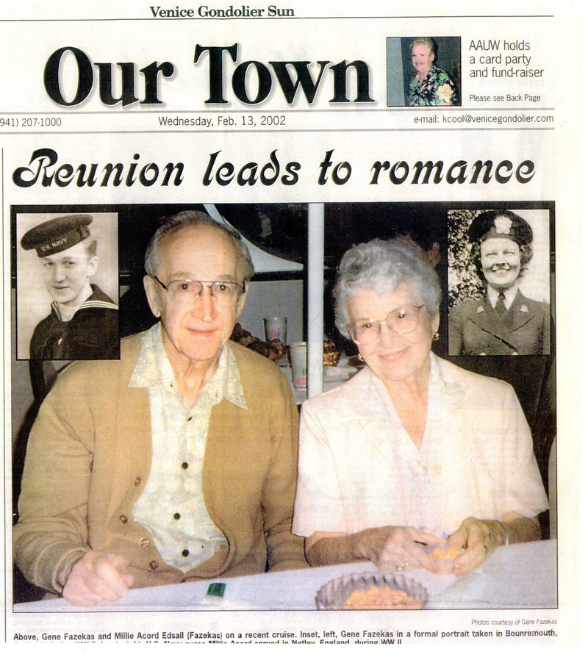 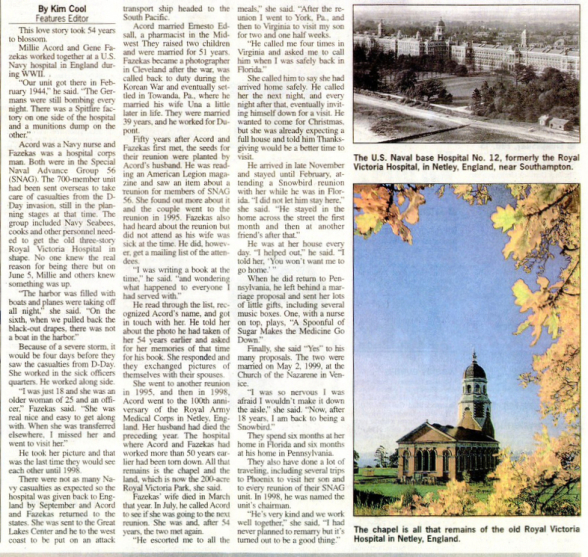 Some articles are from Netley Hospital Heritage archives.