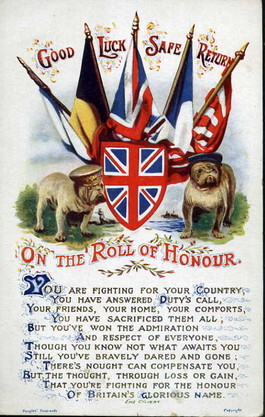 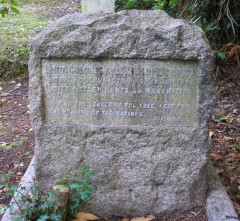 Lieutenant Colonel Evelyn ALDRIDGE Royal Garrison Artillery died 30th March 1919 and was made an Officer the Order of the British Empire.

Evelyn was born in 1881 in Somerset. His parents were William and Susannah Mary.

He was married to Lelia Skipwith Aldridge who is also buried in the cemetery but not sure where. She was buried on 16th August 1968 age 79.

Burial no 2009 Officers Church of England

Frederick was born abt 1886

He was a Battery Sgt Major and was in "D" Block

He was married to Jane 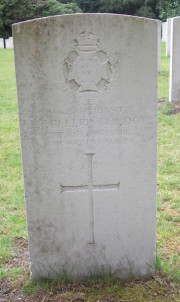 662 Acting Serjeant Arthur Frederick BELLRINGER Rifle Brigade 2nd Battalion was awarded the Distinguished Conduct Medal “For gallant leading in the attack at Neuve Chapelle on 12th March 1915 and subsequently for his gallant conduct in collecting the wounded in front of our trenches” He died on the 18th May 1915 age 24. 1911 census taken at Fort William in India has Arthur, a bandsman age 20 and single born in Tottenham Middlesex 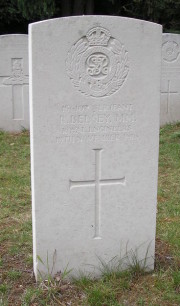 156107 Serjeant Richard BELSEY Royal Engineers 170th Tunnelling Company (Formerly 7776,a gunner in the Royal Field Artillery) died 19th November 1916 age 43 of heart disease in the Welsh Hospital. He was born in Dover and enlisted at Woolwich on 12th January 1895 at the age of 19 years and 3 months. His service number was 4338 and he served with the 9th Lancers and received the South Africa Medal with Belmont, Modder River, Paardeberg, Johannesburg, Diamond Hill, Wittebergen and Relief of Kimberley clasps from the Second Boer War.

His parents were Thomas and Maria and his wife was Edith. He had 3 children, one of which died when he was 3 years old.

He was awarded the Military Medal for an unknown reason as yet.

Burial no 1877 Church of England 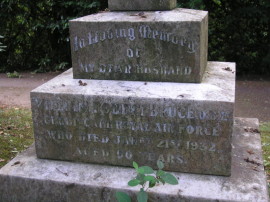 In Loving Memory Of My Dear Husband

Burial no 2139 Church of England 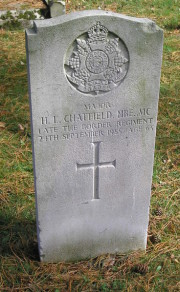 Herbert Lonsdale was born in Long Marton, Westmorland to Frederick and Ethel Chatfield. He was in the 13th Battalion Hampshire Home Guard. 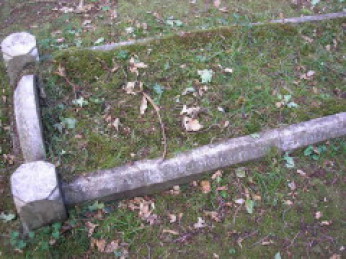 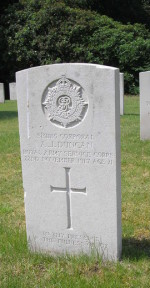 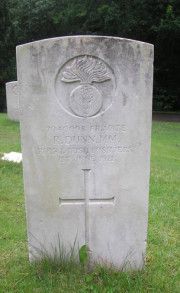 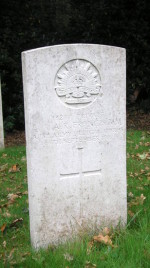 13287 Antonia Robert FRANCIS Australian Army Medical Corps who died on 6th September 1916 of gun shot wounds to the spine. He was 31 years of age and was a Railway Fireman before he joined up just over a year before he was killed. He lived with his wife in Victoria Australia.

He was awarded the Military Medal 'At POZIERES on 27th and 28th July, 1916, for coolness and perseverance under fire in collecting and evacuating wounded. (Severely wounded).'
Source: 'Commonwealth Gazette' No. 62
Date: 19 April 1917 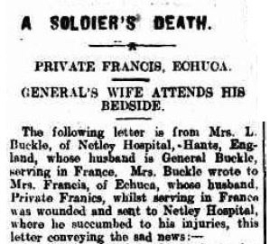 from the Echuca and Moama Advertiser 16th November 1916 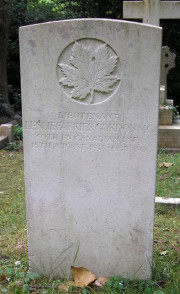 Lieutenant Leslie Farries GORDON Canadian Infantry 50th Battalion died on 15th August 1918 age 30. He was awarded the Military Cross “for conspicuous gallantry and good leadership during an attack. When his company commander was wounded he took command and led the company forward under his own covering fire. Together with two men he rushed two machine-gun posts, capturing or killing the crews consisting of an officer and eleven other ranks. He set a splendid example to his men.”

His parents were James Hartley and Mary Ball Gordon, Before enlistment in 1915, Leslie was an accountant and was single. 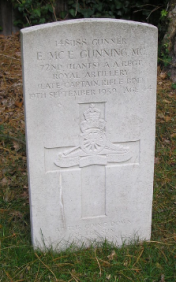 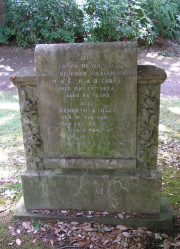 Son of The Above

At Rest From His Loving Wife and Family 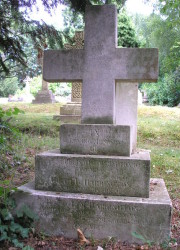 There are two headstones on this grave. The private one reads:

And Beloved Son Of

He was awarded the D.S.M on the 8thApril 1917 for Conspicuous gallantry and devotion to duty. Although wounded he remained at his post for 3 hours and afterwards rendered a most valuable report on the situation.

The Chaplain was The Rev. F.W. Bennett-Symond, Chaplain to the Hospital.

The deceased Officer was accorded a full Military Funeral, The coffin was draped with the Union Jack Flag and surrounded by a beautiful wreath. Gun carriage, Band, Firing Party, Buglers and Pallbearers under the command of an Officer were present. Prior to the internment a service was held in the Garrison Church, Netley. Several Officers (Patients in the Netley Military Hospital) were present and acted as pallbearers. A party of about 50 Australian soldiers (Patients from the Hospital) followed the remains to the Cemetery.

The grave will be turfed and an oak cross erected by the A.I.F. London.

Amongst Reginald’s belongings as well as his Officer’s kit was a fountain pen, a metal watch, an identity disc, a crucifix, a copper boomerang and a 5 centime coin.

Burial no 1952 Church of England 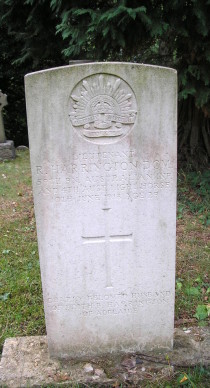 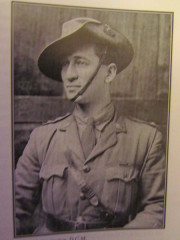 I received the following from Terry on the Great War Forum after I asked for information about this man. My thanks to him and Lieutenant Harrington's family for the following:

Married to Edith and father of Gwen. Resident in Wallaroo South Australia.

Embarked for Egypt from Melbourne on 19 October 1914.

Embarked Egypt for Gallipoli on 16 May 1915, landing at Anzac Cove on 20 May. Evacuated Sick 3 Sep 1915 to UK, landing Southampton 24 Sep. Illness and hospitalisation through to Oct 1916 when drafted to France, now with 59 Battalion AIF as a Sergeant, baptism of fire in Delville Wood on the Somme. Awarded the DCM on April 1917, whilst serving in the Ypres Salient. Invested at Buckingham Palace Jun 1917. Commissioned as a Lieutenant in Autumn 1917.

Gwen his daughter was still alive a couple of years ago in a nursing home in South Australia. I sent her some pictures of her Dad’s grave, having tidied it up and cleaned the stone as best I could.

My knowledge comes from a card I saw on the grave when I first visited it. A College group had come to Europe from South Australia to visit the War Graves of some of their local casualties, and Reginald was one of them. I was given Gwen’s contact address by e-mail from the College Organiser. 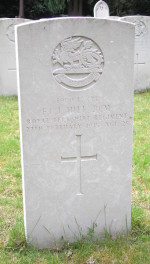 8900 Lance Corporal F C J (Frank Cyril John) HILL Royal Berkshire Regiment 1st Battalion died 27th February 1915 age 24 years and was awarded the Distinguished Conduct Medal “For gallantry on 31st October, in leading some men through a gap in a hedge on the enemy’s front, under heavy fire, being wounded in so doing.”

His parents were John and Alice Hill of Oxford.

Burial no 1666 Church of England 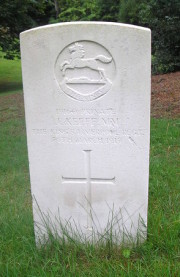 The database on ancestry.co.uk has John dying on the 27th January 1919. His gravestone has the date of 24th March 1919 which I believe to be correct according to his medical notes.. 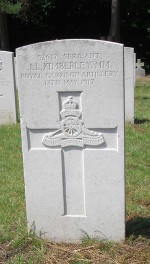 Joseph was born in Yorkshire.

Nearby, there is another memorial to the same person. This is in the form of a cross made of metal and enscribed:

In Loving Memory of Sergeant J.L, Kimberley who died on May 13th at Netley Hospital from wounds received in France aged 29 years.

Sleep on dear son in a soldier’s grave …..

It appears that this is the original marker for the grave which had become embedded in the ground over time. 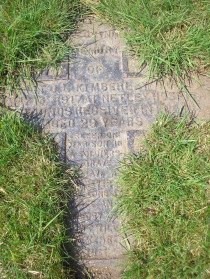 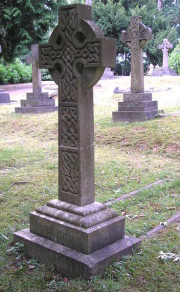 In His Forty Second Year.

Burial no 1575 Church of England 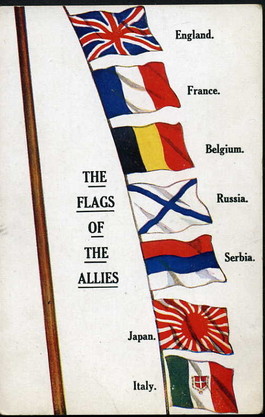