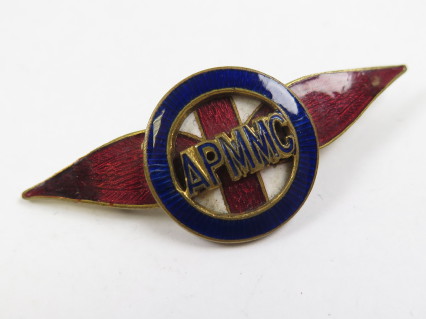 In August 1914 Almeric Paget founded the Almeric Paget Massage Corps (renamed the Almeric Paget Military Massage Corps in December 1916, and the Military Massage Service in 1919). Initially 50 masseuses were recruited, rapidly rising to over 100. The corps established clinics in every hospital in the United Kingdom, with central direction from Paget's London townhouse at 39 Berkeley Square. After the war, clinics were continued in the poorer parts of London, with treatment provided for all who applied.

In November 1914 Paget founded the Massage and Electrical Outpatient Clinic, in premises at 55 Portland Place, London, loaned by Lady Alexander Paget. For the duration of the First World War the clinic treated an average of 200 wounded officers and soldiers per day. In addition to the Massage Corps, following the outbreak of war Paget sponsored the formation of a Cambridgeshire Battalion formed of volunteers. Comprising approximately 1,350 volunteers, it became the 11th Battalion of The Suffolk Regiment, popularly known as the Cambs Suffolks. The Battalion was initially posted within the UK, transferring to France in 1916; 970 members died during World War I including 190 on 1 July 1916, first day on the Somme.

In 1916 the work of the Corps was favourably inspected by Alfred Keogh, the Director General of the Army Medical Service. This inspection had two direct outcomes. Firstly the name of the Corps was amended to become the Almeric Paget Military Massage Corps and, secondly, the Corps was asked to manage physiotherapy services in all military hospitals and convalescent camps. As part of the second the services provided would be paid for by a government grant, until then the Corps and the services it provided had been privately funded by the Pagets and by donations.

Until 1917 all Corps members were UK based but from January 1917 onwards members could volunteer to work overseas and by the end of the war 56 members of the Corps had or were working abroad in Italy and France.

By the end of the war over 2,000 masseuses and masseurs were at work and just under 3,400 had been engaged by the Corps at some point during the war.

The Corps came to an end in January 1919 when a formal Military Massage Service was formed under the auspices of the Army and Pensions Massage Association. All members of the Corps were given the option to join the new Service which was controlled jointly by the War Office and the Ministry of Pensions. 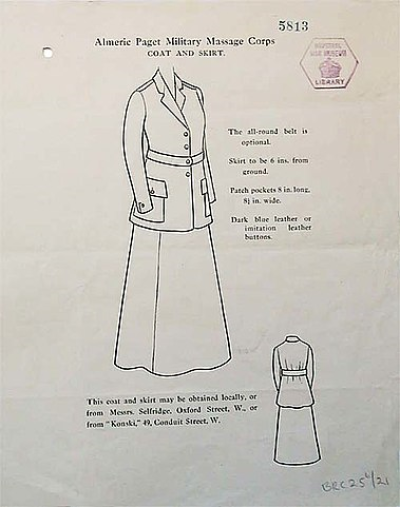 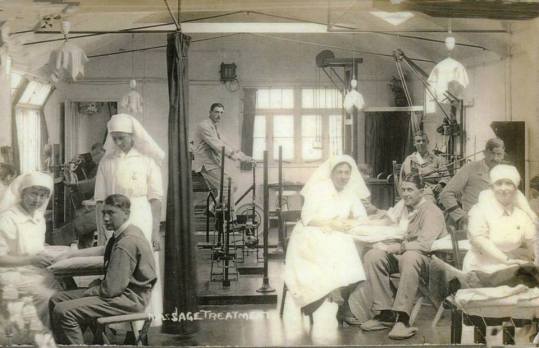