Were you born at Netley ?

If you or an ancestor were born at the hospital, please let me know and I can add you to the list. You don't have to share the full details.

A daughter for Rev. Crozier and his wife. Hampshire Telegraph 16th August 1865.

A daughter for Staff Assistant Surgeon Massy and his wife. Naval and Military Gazette 2nd February 1870.

A son for Col. Farmar and his wife. Homeward Mail from India 1st July 1878.

A daughter for Surgeon Major John Peter Boileau M.D. and his wife. Hampshire Advertiser 7th May 1879.

Below are the first names taken from a Baptism register used in the RVH Chapel as they were entered way back in 1863. The very last Baptism was recorded in 1978. 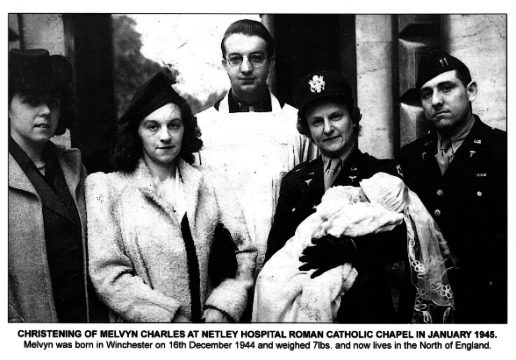 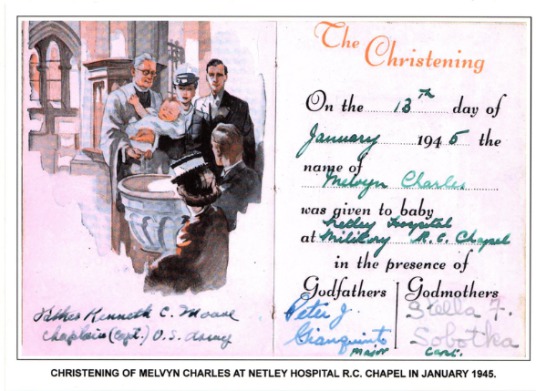 Christening of Melvyn Charles at Netley in January 1945.