With the outbreak of the "Great War" in August 1914, thousands of men and women from Great Britain and "the colonies" found themselves in uniform at the front lines in Europe as well as military facilities around the world.  As the war's early months passed, it became obvious that the conflict would not end quickly.  By autumn, two opposing armies composed of millions of military personnel were firmly entrenched in trenches stretching across northern France and Belgium.

By year's end, the thoughts of family and relatives at home naturally focused on the welfare of their distant loved ones in uniform.  As the traditional Christmas season was fast approaching, many longed to send messages of love and support to their sons and daughters, brothers and sisters, husbands and wives now embroiled in the greatest military conflict of modern times.

In October 1914, a young member of the British Royal Family made a suggestion that perfectly captured this public sentiment.  Princess Mary, the 17-year-old daughter of King George V and Queen Mary, approached the British government with a proposal to create "Her Royal Highness the Princess Mary's Sailors' and Soldiers' Fund".  Its purpose was to solicit donations from the general public, with the goal of ensuring that "every Sailor afloat and every Soldier at the front" received a Christmas present from "home" on December 25, 1914. 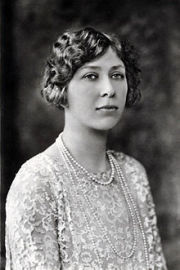 In typical British fashion, a government committee was formed to discuss implementation of the princess's plan.  At its inaugural meeting on October 14, committee members decided that the gift should take the form of an embossed brass box containing a number of small items.  It would be delivered to every individual wearing "the King's uniform" at the front lines on Christmas Day 1914.  The committee determined that 145 000 sailors and 350 000 soldiers - including the Indian Contingent - qualified as recipients, and estimated the cost of purchasing 500 00 gift boxes at 55 000 to 60 000 British pounds.

The initial public response was overwhelming - almost 170 000 British pounds were raised in the initial appeal, prompting the Committee to widen eligibility to all British and Imperial military personnel - an estimated 2 620 019 service men and women!  As it was not possible to deliver gifts to such a large number by December 25, 1914, the Committee created three classes of qualified recipients to whom the boxes would be delivered in order of priority.

Class "A" consisted of all naval personnel and troops at the Front, as well as wounded soldiers in hospital, men on furlough, prisoners of war (their gifts were held in reserve), nurses serving at the Front, and widows and parents of soldiers killed in action.  Class "B" included all British, colonial and Indian troops serving outside the British Isles and not provided for in Class "A".  Finally, Class "C" included all troops stationed in Britain.  Gifts were to be delivered to all personnel in Class "A" before, on or shortly after Christmas Day 1914.  Individuals in Classes "B" and "C" would receive their gifts - containing a "Happy New Year" card in lieu of a Christmas greeting - sometime during or after January 1915.

To help raise the required funds, Princess Mary published a letter in British and colonial newspapers in early November 1914, making the following appeal: "I want you all to help me send a Christmas present from the whole nation to every sailor afloat and every soldier at the Front".  Citizens were encouraged to send their donations to HRH the Princess Mary, Buckingham Palace, S. W. in envelopes marked "Sailors and Soldiers Christmas Fund".

Response was so overwhelming that the Committee decided to purchase an "embossed brass box" in which the gifts would be packaged.  Approximately 5 inches long, 3 1/4 inches wide and 1 1/4 inches deep, it took the form of a double-skinned, hinged brass tin.  Its cover design contained Princess Mary's silhouette and monogram in the center, with the names of the various "Allied Powers" embossed around its edges - the British Empire ("Imperium Britannicum"), Japan, Russia, Montenegro, Serbia ("Servia"), France and Belgium.  The words "Christmas 1914" were embossed below the Princess's silhouette. 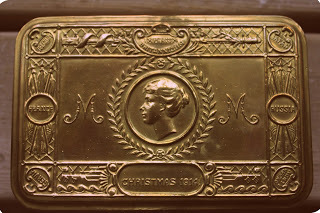 The Committee decided to provide two basic sets of gifts.  "Smokers" received one ounce of tobacco, a packet of 20 cigarettes wrapped in yellow, monogrammed paper, and a tinder lighter. "Non-smokers" received a packet of acid tablets, a khaki writing case, and a lead "bullet" pencil, while nurses received chocolates.  All boxes contained a picture of Princess Mary and a Christmas card.  The date 1914 and the words "With Best Wishes for a Happy Christmas and a Victorious New Year from the Princess Mary and Friends at Home" were printed beneath Princess's monogram. 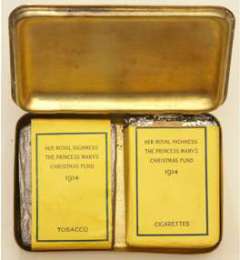 Several practical obstacles had to be overcome before the Committee could tackle the logistics of delivering such a large number of gifts to troops at the Front.  A shortage of brass, a key component in military equipment, created delays in manufacturing the boxes.  In fact, a later shipment of brass from the United States was lost when a German submarine torpedoed the cargo ship Lusitania off the southern coast of Ireland on May 7, 1915. 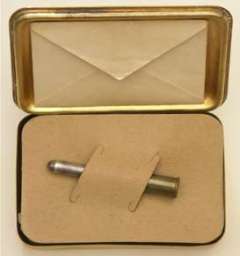 Filling the boxes also required an immense quantity of supplies - 44,840 pounds of tobacco; 710,069 pipes; 13,050,000 cigarettes and 500 000 cards!  Amazingly, an estimated 335 000 boxes were delivered by Christmas Day 1914.  Brass shortages meant that some personnel did not receive their packages until the summer of 1916.  By January 1919, the British War Office reported that 252 250 gifts remained  undelivered, and placed advertisements in newspapers in hopes of contacting the remaining eligible soldiers. 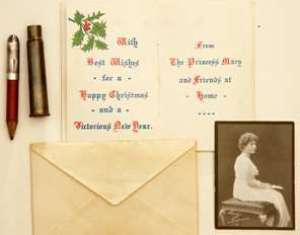 The "Sailors' and Soldiers" Christmas Fund" ceased operation in 1920 - six years after its inception.  The remaining money was transferred to Queen Mary's Maternity Home, an establishment founded to support the wives and children of sailors, soldiers and airmen.  More than 200 000 British pounds has been raised during the campaign, mostly from thousands of small donations made by ordinary citizens.

A total of 2.5 million gift boxes were distributed during and after the war.  After consuming its contents, many servicemen and women used the empty tins to carry small personal items throughout the war, making the "Princess Mary Christmas box" the most common "Great War" keepsake among soldiers of the British Empire.  All of this blossomed from a young Princess's wishes to brighten the first Christmas at war for thousands of British military personnel - a truly remarkable story.

Posted by Bruce MacDonald at 06:12 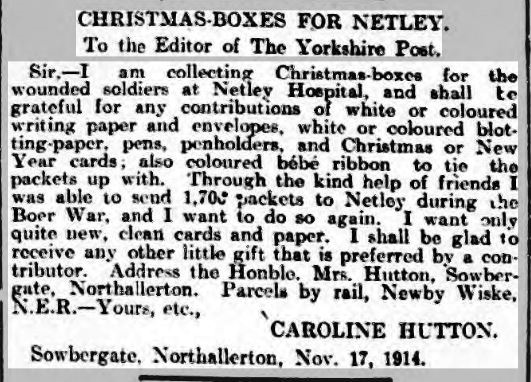 The Fund
Her Royal Highness the Princess Mary's Sailors and Soldiers Christmas Fund was born on the 14th day of October 1914 when Princess Mary issued an appeal to the public for funds in order that a Christmas gift might be sent to all the sailors and soldiers at the front on Christmas day 1914.

In November 1914, Her Royal Highness decided to extend her scheme, so that every man who was wearing the King's uniform on Christmas day 1914 should receive a gift from her fund.

With the very large number of gifts required to carry out this promise, made it impossible for the fund to arrange distribution entirely on Christmas day. So the gift was still being sent as late as 1915-16.

The Christmas box was designed by Adshead and Ramsey and measured by 5" x 31/2" x 1" deep. On the embossed lid was a portrait of Princess Mary within a circle of laurel, each side was her initials M.M.
Around the border of the tin were plaques with the names of the allied nations - Belgium, France, Serbia, Montenegro, Russia, Japan and Imperium Britannicum. Underneath the portrait was a panel inscribed "Christmas 1914" and military triumph - flags, a sword and scabbard and the prow of a warship.

The contents of the box varied according to the recipient, either smokers or non-smokers or non-smokers. The tins normally included 1 oz of tobacco, a pack of 20 cigarettes, a pipe, a greetings card and a photograph of Princess Mary. For the troops at the front, there were extra gifts such as bullet pencil, combs, pack of postcards, knives, scissors or cigarette cases.

Over 700 000 pipes were purchased for distribution but they were of no universal pattern, but whatever could be supplied from manufacturers stocks. The extra gifts, of which over half a million were purchased, were sent to the troops three weeks after the box itself.

The boxes varied in contents, here is a list of them:-

ROYAL NAVY
Officers and Men
Brass box, a pipe, an ounce of tobacco, a packet of 20 cigarettes, a bullet pencil case, a Christmas card and a picture of Her Royal Highness.

Widows or Parents
Brass box and a Christmas card.

TROOPS AT THE FRONT (France)
Officers and Men
Brass box, a pipe, an ounce of tobacco, a packet of 20 cigarettes, a tinder lighter or miscellaneous articles supplied in place thereof, a Christmas card and a picture of Her Royal Highness.

Non-Smokers
Brass box, a packet of acid tablets, a khaki writing case, a Christmas card and a picture of Her Royal Highness.

INDIAN TROOPS
Ghurkas
The smoker's gift box as described above.

WOUNDED MEN
Officers and Men (Smokers)
Brass box, a pipe, an ounce of tobacco, a packet of 20 cigarettes, a Christmas card and a picture of Her Royal Highness.

Non-Smokers
Brass box, packet of sweets, a khaki writing case, a Christmas card, a picture of Her Royal Highness.

MEMBERS OF THE FRENCH MISSION
Officers and Men
Brass box, a pipe, an ounce of tobacco, a packet of 20 cigarettes, a Christmas card and a picture of Her Royal Highness.

Widows or Parents
Brass box and a Christmas card.

PRISONERS OF WAR AND INTERNED MEN
Officers and Men
A gift similar to the smoker's gift.
These were presented to them upon repatriation.

The following shows the number of men who were serving on Christmas Day 1914 and were entitled to the gifts:-

For the British and Colonial Troops who were serving overseas but not in Europe, the gifts consisted of the Brass box, pencil case and a New Year card, for these men the gifts were delayed until as late as 1915-16, partly because of the increased burden of gifts and also because of the shortage of brass, which was sunk on the Lusitania when she was torpedoed.

Almost 45 000 lbs of tobacco and over 13 million cigarettes were purchased. They were supplied in metal foil packets, 3" x 2" in yellow paper wrappers with the monogram of Princess Mary on the reverse and "Tobacco" or "Cigarette" in black on the front. The greeting card was of the folding type and printed in red and blue (on white), with the message "Best Wishes for a Happy Christmas and a Victorious New Year, From The Princess Mary and Friends at Home". The same applied to the troops sent gifts after Christmas but it had the "Happy Christmas" omitted from the card. The tin box was dated 1915. 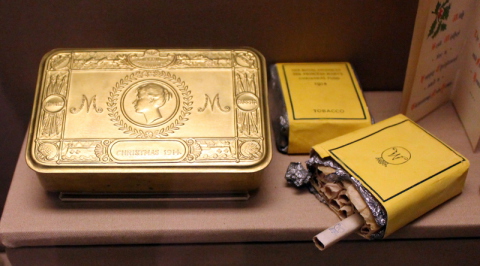 Princess Mary Tin in the Horsepower Museum at Winchester