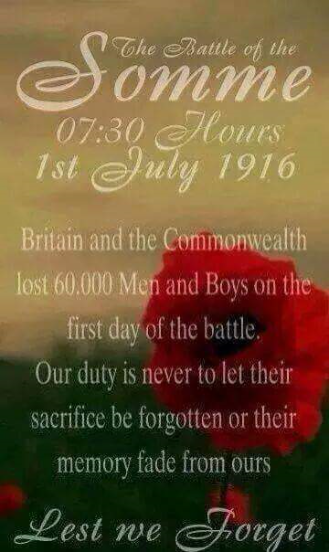 Here is a list of the names of soldiers (from Simon Daniels) that were fighting at the Somme who were then were sent  to Netley hospital and later died of their wounds. They are buried in the cemetery.

On the 1st July 1916 the Battle of the Somme started with a major British attack on the German lines. That fateful first day turned out to be the most costliest day in the British Army's history.
The Somme offensive was the first major engagement of Great Britain's "New Army" which was largely composed of volunteers who had rushed to join up and answer the call to "fight the Hun" for "King and Country". That first day promised so much with the enthusiasm of the new volunteers and a so called plan from the high command gave everyone confidence of victory. Unfortunately the day did not go to plan with some 60,000 British soldiers being killed, wounded or taken prisoner within a few hours for very little gains. The Battle of the Somme was a series of operations which were to last until 19th Novembers 1916.

What clothing did the British Army wear in 1916 at the Battle of the Somme in the First World War? 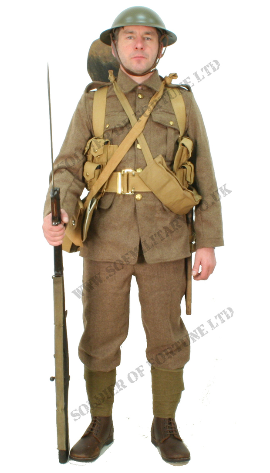 Helmet cover. These were often used to break up the distinctive silhouette of the MK1 Brodie helmet.

Trench Cap. This replaced the SD cap which had a stiff peak which proved to be unpractical for wear in the trenches.  The Trench cap was a softer cap which could be folded and carried in the pocket when the Brodie helmet was worn.

1902 SD Tunic. Four pocket wool tunic with brass buttons.  Later in the war the Army introduced an economy version of this tunic which had some of the features removed to allow the tunic to be made quicker, both versions where used till the end of the war.  This British "New Army" soldier wears corporal stripes on the arms of his SD tunic.

Grey back shirt. The Grey back wool flannel shirt that was worn in the first world war is basically the same shirt that was worn by the British Army in the early nineteenth century with the famous red tunic.  It was a collarless shirt and was pulled on over the head as it had a half button closure on the front.  It was called the grey back as it was usually made from light grey flannel

B5 WW1 Ankle Boots. The British Military Army boot of WW1 was called the B5 boot, it was a brown leather ankle boot with a leather sole which was studded with metal studs.  The uppers were heavy leather with the rough side out which was also oiled.  Unlike modern combat boots the toe front is square shaped.

Long putties. Long wool putties that wrap around the lower leg from the boots to below the knee. 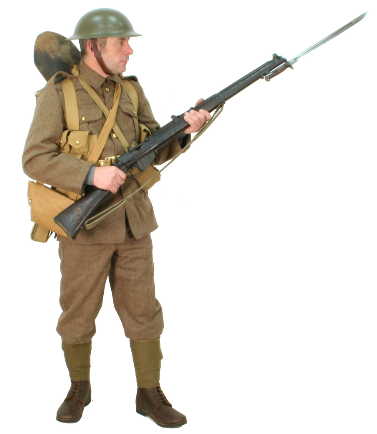 Webbing and Equipment of the British Soldier at the Somme offensive in July 1916. 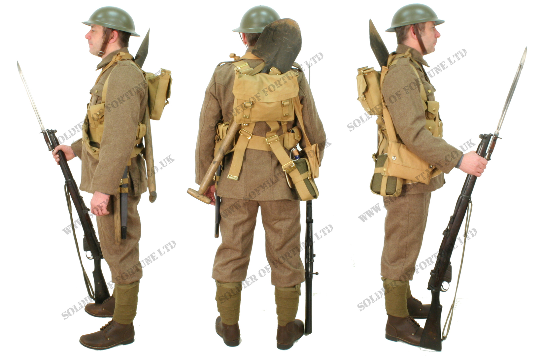 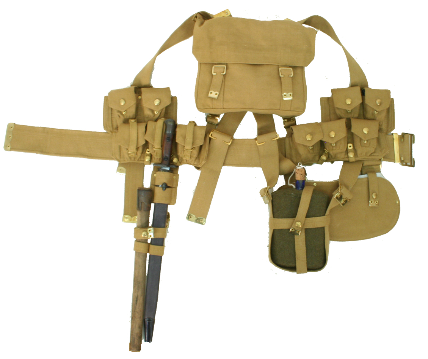 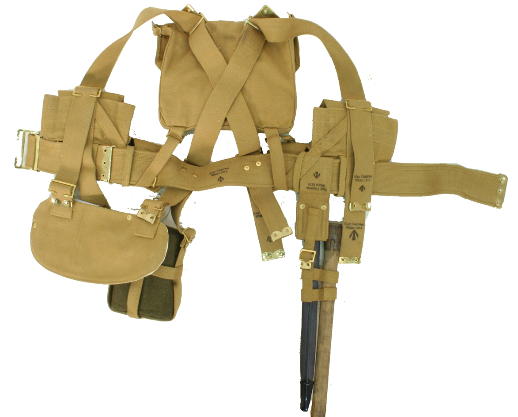 This information is taken from the Soldier of Fortune website which has an amazing array of re-enactment uniforms. 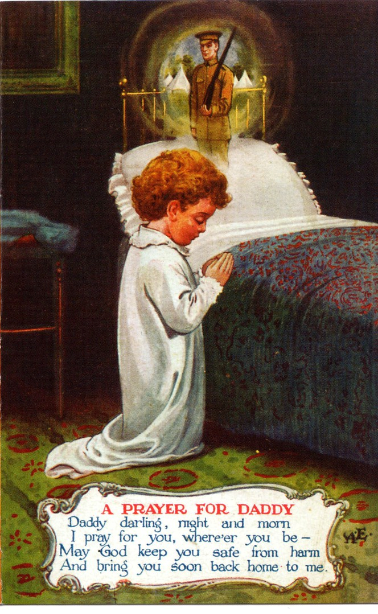