A lovely lady, Katrina, contacted me in May 2019 after seeing Brenda and myself on television asking for any information that would be useful to us in our research about Netley.

She said that her father had watched the programme and wanted to share a few memories and some wonderful photographs of his time at Netley. Thank you Katrina for sending me these and most of all, thank you Gordon, your memories and photos are priceless. 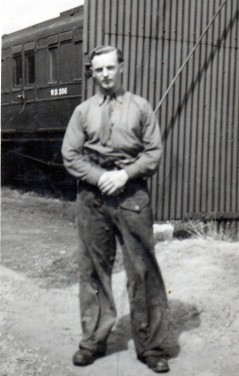 After training at the Royal Berkshire Regiment in Reading, he was moved to Crookham in Hampshire, then transferred to Netley.

His duties included cleaning the long corridor in particular.

He was transferred to work in the Ambulance train based at Netley Hospital Station. 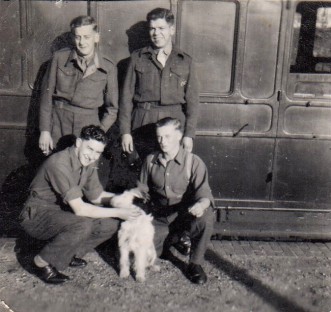 With a dog they befriended at the station.

His billet was at the rear of the hospital close to the maternity unit and he remembers hearing the newborn babies crying. 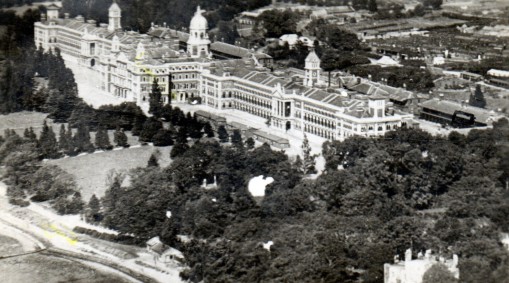 Gordon's billet is marked on the far right just past the trees.

Each train carriage was assigned a Corporal and a Private. Gordon served alongside Corporal Ernie Walker who became a lifelong family friend who sadly died earlier this year (2019).

Gordon's duties on the carriage was to keep it clean and also to use the cooking range.

Occasionally there were two engines from Eastleigh, but sometimes only one.

They brought patients from Southampton Docks where the hospital ship HMHS El Nil was docked to Netley and other hospitals around the UK.

The longest trip was from Southampton to Dalmally in Scotland.

During the winter of 1947-48, he remembers helping to get the trains out of Southampton Docks due to the snow.

One incident he remembers with a smile was when on one occasion they were on route to Winchester and because it was very cold, they lit the range. unbeknown to them, the chimney had caught fire and the fire brigade were waiting for them when they pulled into Winchester station!! 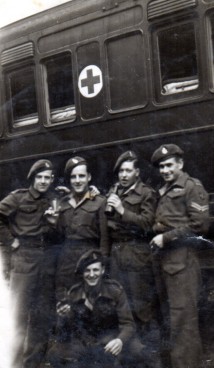 Pte. Windebank is kneeling in front. Second from right is Pte. S. Wood.They had just learnt about their demobilisation. 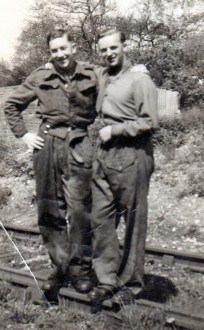 Gordon and John Hollins taken in May 1948. 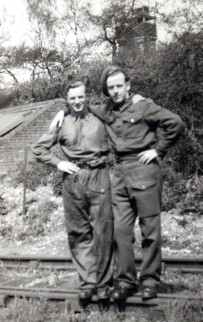 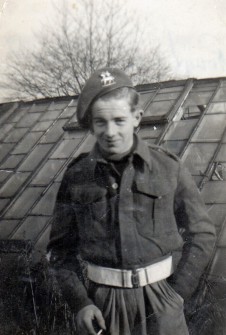 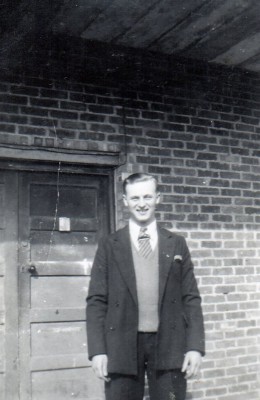 Outside E Block on demob day. 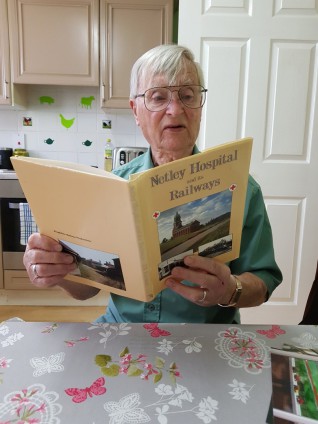 Here is Gordon reading one of his favourite books.