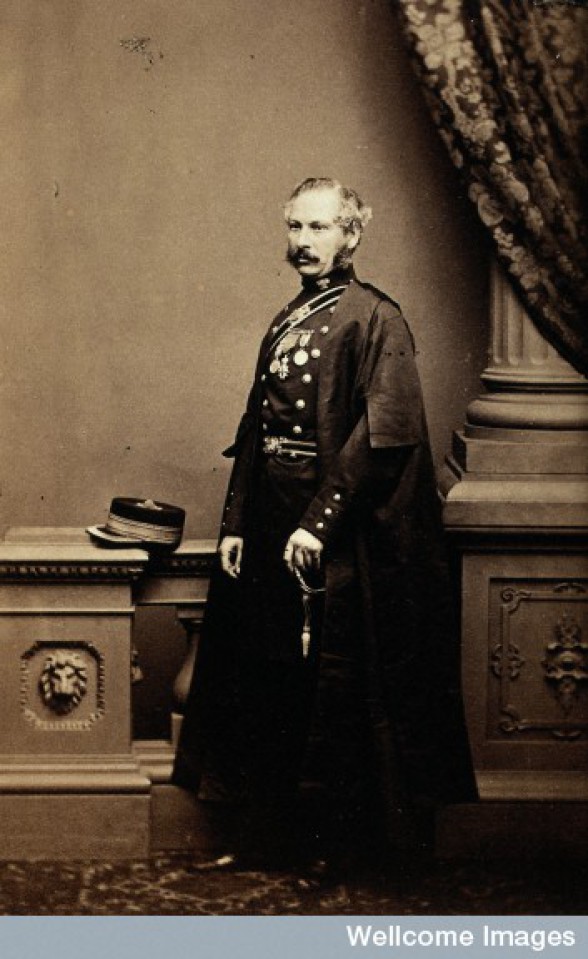 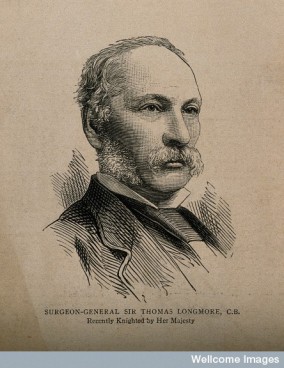 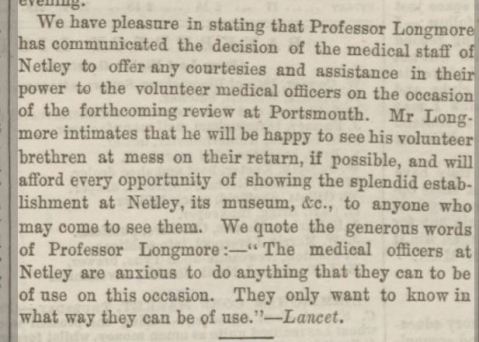 'More' of the good folk

Mary was married to Sir Thomas Longmore (1816-1895), Thomas was the Surgeon - General at our great Royal Victoria Hospital in Netley where he worked as a professor at the Army Medical School there.

Thomas had chest pains for many years and was aware of his heart problems so it had come as no real surprise when he died early in the morning of the 30th of September 1895 down in Swanage where he and his wife were enjoying the air.

Thomas was born in London on the 10th of October 1816, his father had also been a surgeon who served with the Royal Navy. Our Thomas is known to have served in the Ionian Islands (west of Greece), the West Indies and Canada.

Between 1854 and 1855 during the English siege of Sevastopol in the Crimean War, he never missed a day's service in the field until the fall of Sevastopol which saw the end to hostilities with a British and allied victory over the old Russian Empire. Thomas was present at other great battles during the Crimean War such as the Battle of Inkerman known as the 'soldiers battle' and the capture of Balaclava to name a few.

His work on the ground saving lives saw him regarded highly at home, serving Queen Victoria and the British Empire, he became honorary Physician to the Queen in 1866, incidentally the same year that our Queen Victoria first attended the state opening of parliament without her beloved Albert.

Thomas certainly got around as in 1864 he represented Britain at a conference which culminated in the first Geneva Convention, Thomas felt strongly that wounded soldiers on the battlefield should be cared for with this first international agreement. Thomas was a member of the committee that agreed the international rules by which men should be treated during armed conflict.

'The Paddock' home of Thomas and Mary was demolished after Mary's death in 1935, she had lived 40 years longer than Thomas, strangely the same period of time that Queen Victoria lived without the love of her life 'Albert'

A serving man of Honour our Sir Thomas Longmore is remembered by the naming of Longmore Avenue and Longmore Crescent in Woolston. 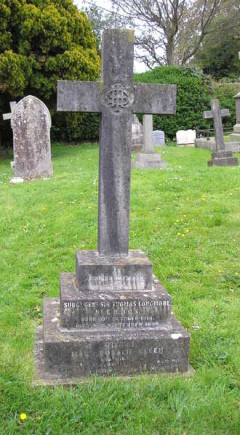 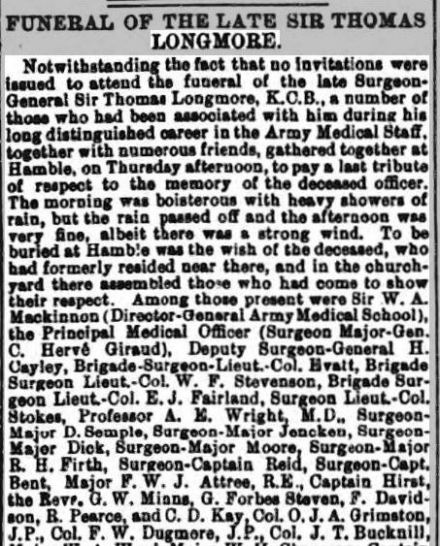 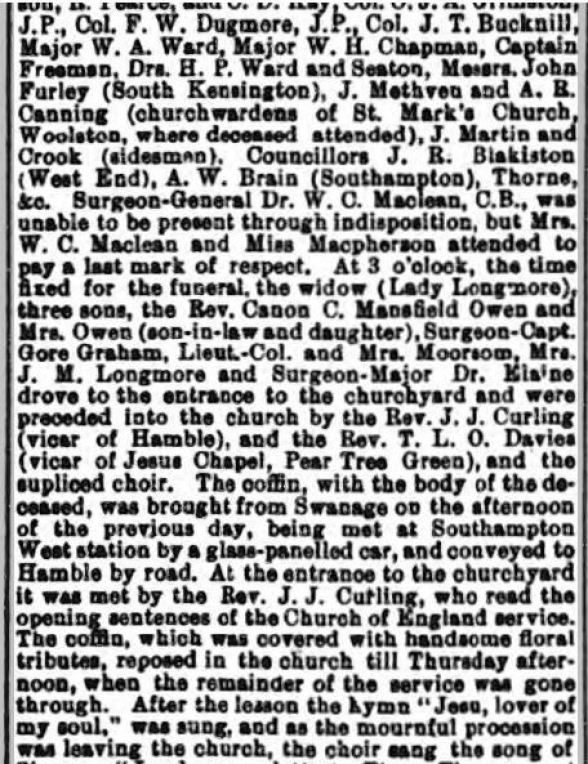 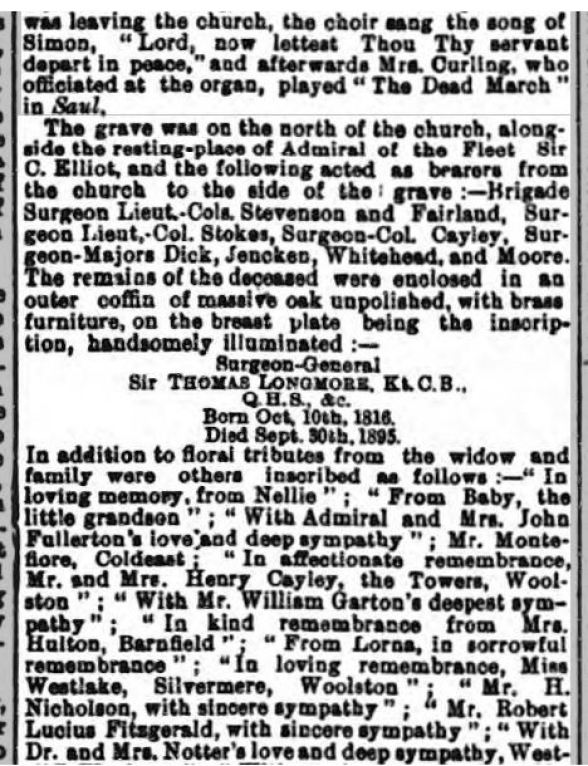 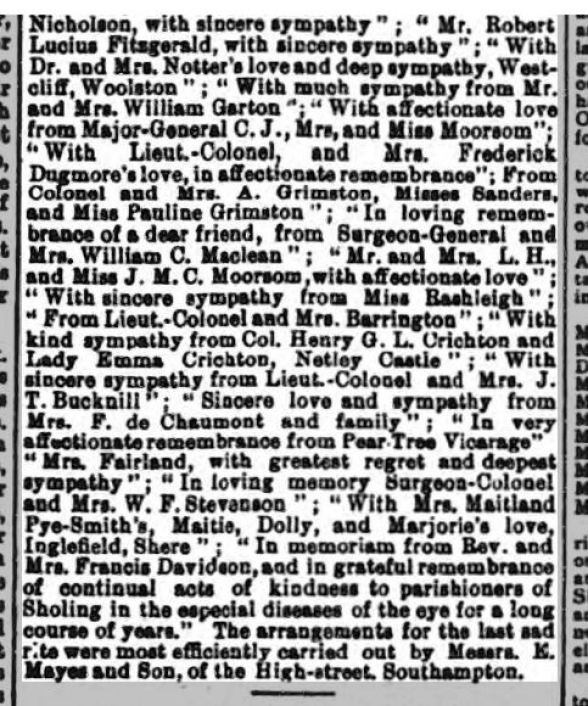 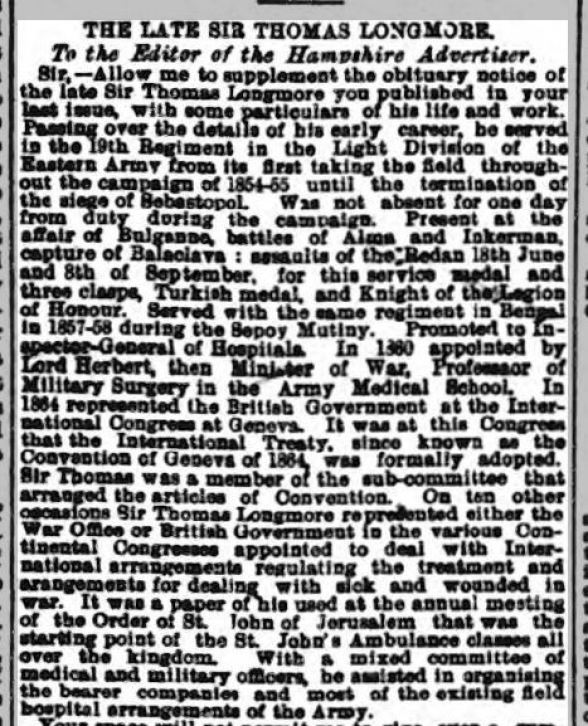 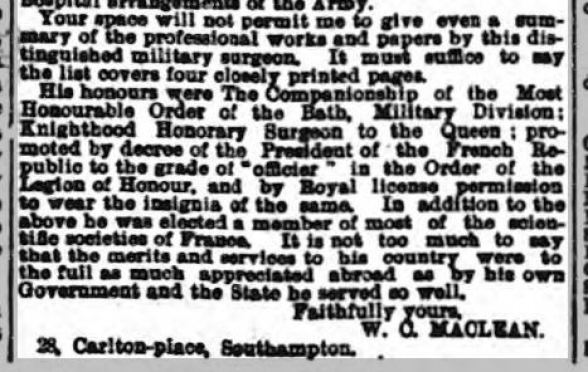 In St. Marks Church, Weston Grove Road Woolston, there is a lecturn with brass plates commemorating the Longmore family. 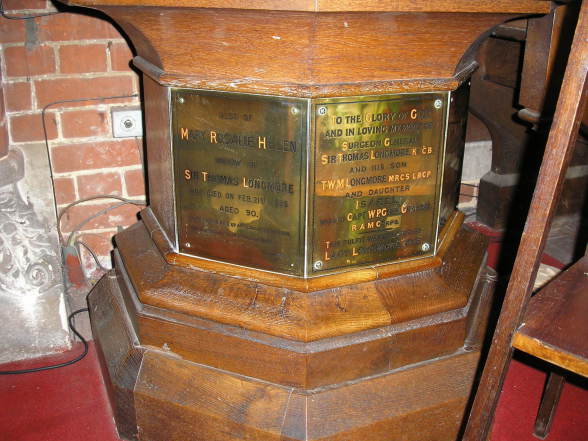 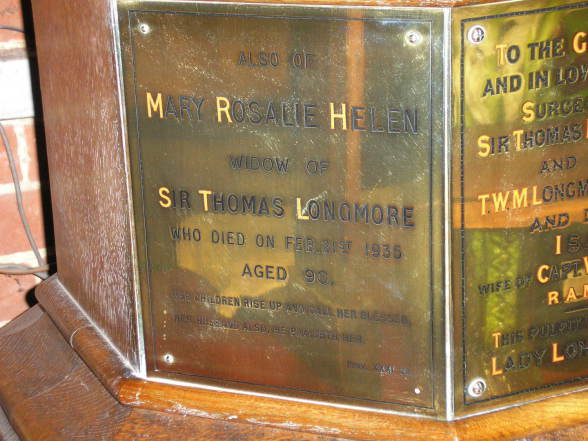 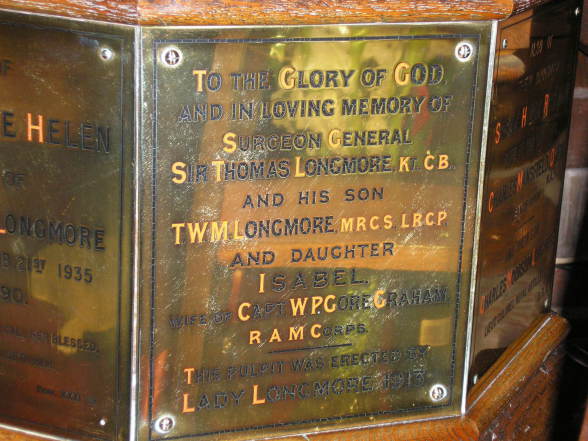 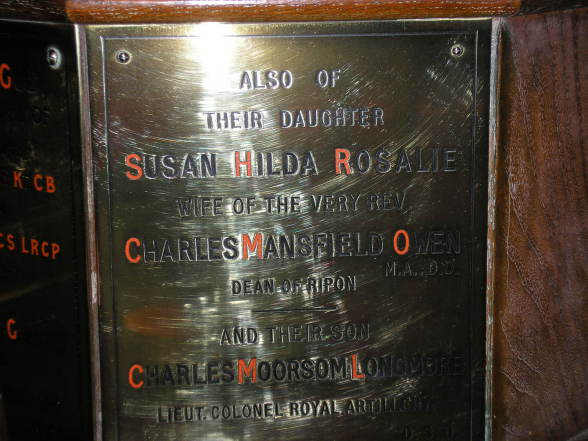 These links lead to the booklets written by Thomas listing the items in the museum at Netley:

In 1875 Thomas Longmore gave an introductory speech at the beginning of the army school year about amputation:

Amputation, an historical sketch : being the subject of the introductory lecture delivered at Netley, in commencing the thirty-first session of the Army Medical School, 1st October, 1875 : Longmore, Sir Thomas, 1816-1895 : Free Download, Borrow, and Streaming : Internet Archive