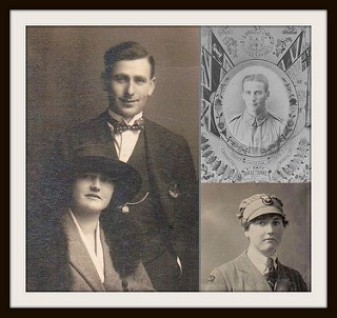 Kate was born 4 December 1900 in St Andrew’s, Battersea, London; her father James John Poole, a soldier and later a railwayman, was from Frampton Sapperton, Gloucestershire and her mother Emily Mary Douthwaite was from Chelsea, London.

Her grandfather James Poole was born in Rodmarton, Gloucestershire, and in the 1861 census he was a Coachman at Gatcombe Park. Later he was a Gamekeeper.

Before they married, they were both in the Forces in WW1.
William was a Soldier in the 4th Dorsetshire Regiment, joined 1/4th Battalion August 1914, in Dorchester and served in India and Mesopotamia. One of his five brothers, Ernest, was killed in action in Belgium in 1918.

Kate was a WAACS Nurse in the Army.
The Womens Army Auxiliary Corps was formed in 1917. Kate worked as a Nurse at the Netley Hospital in Southampton, looking after wounded soldiers. Kate’s brother Charlie was lost at sea on HMS Invincible in 1916 during WW1.

Kate and William had four children. Their son William was killed in action in WWII in Normandy, after surviving the D Day landing.

They were much loved by their three daughters and grandchildren. A wonderful couple who lived through troubled times, like others of their generation. They worked hard to provide for their family, but had much enjoyment along the way.

Their holidays were mainly in England, but they visited their daughter June in Michigan USA in the 70s. As a widow, Kate had a holiday in Spain in the 70s. She later visited her daughter Barbara and granddaughter Gillian in Cape Town in 1981. 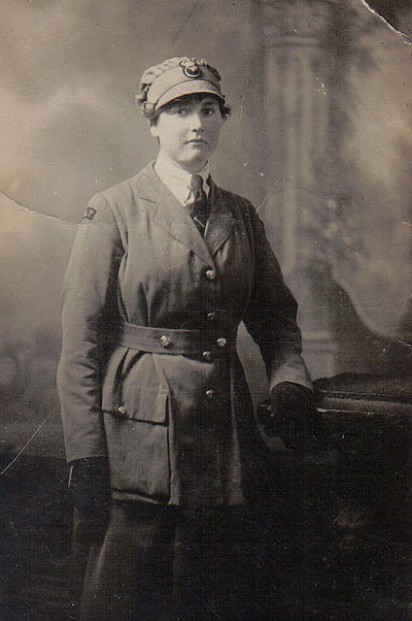 Kate in her uniform whilst she was working at Netley Hospital

My thanks to Gillian Everett on Flickr for sending me her family story.