I received a lovely email on 6th February 2018 from Janette Douglas who kindly sent me information about her grandfather which her mother Mary Fairchild had written. She said that I could share it here.

My Father Bernard Hardy was born and brought up in Co Durham. He signed up with the Royal Army Medical Corp and was sent down south to train at The Royal Victoria Hospital in Netley. 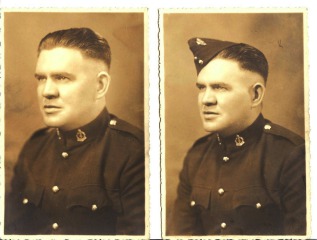 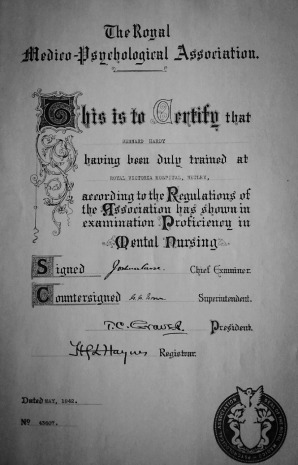 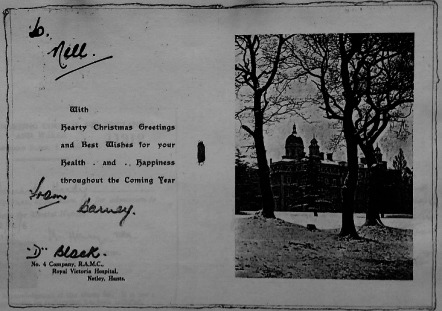 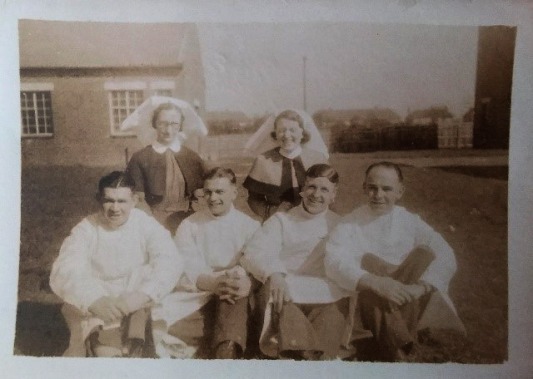 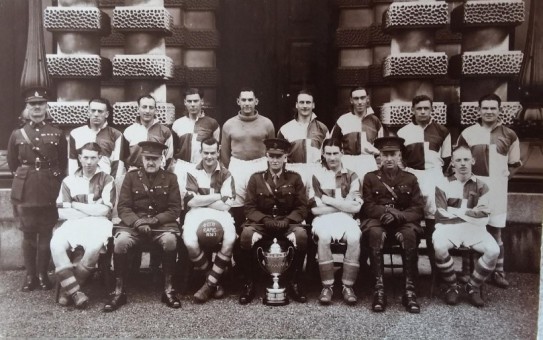 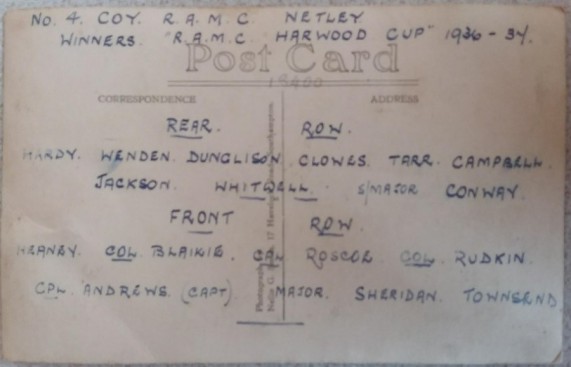 He was a keen sportsman and played in the hospital football team. (He is on the back row, far right.)

He met my Mother Ellen Goddard at a dance organised by St Patrick's Church in Woolston. They were married in the bomb-damaged church in 1941. 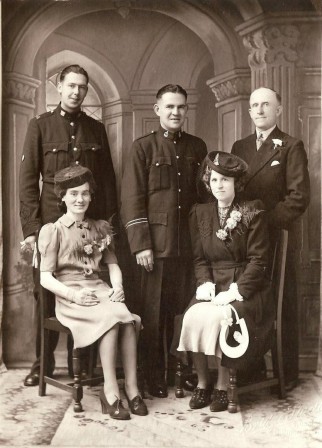 As a mental health nurse, he was sent to Egypt then India, that would have been 1943 and he remained there until the end of the war.

After the war he continued nursing at Moorgreen Hospital where I remember attending a Christmas Party and a trip to a pantomime.  Later he moved to Tatchbury Mount Hospital.

He kept his strong Geordie accent and easy chatty manner, whether at a bus stop or a doctor’s surgery he could get everyone talking.

Unfortunately, he died very suddenly in 1953 at the age of 41. He arrived on his new motorbike for his shift at Tatchbury Mount Hospital but collapsed and never recovered.