Sgt. John GALE Army Hospital Corps. died March 1877 age 42. He is buried in the Cemetery. Sgt. Gale was from Bampton. 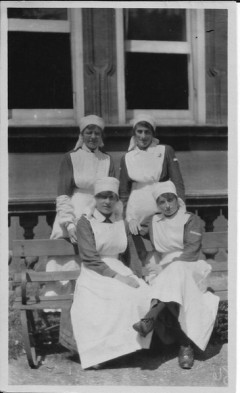 This lovely photo was sent to me by Julie Cain whose grandmother Elsie Rose GREENHILL is seated on the bottom left. She was a cook in the VADs and was at the hospital in 1919/21. 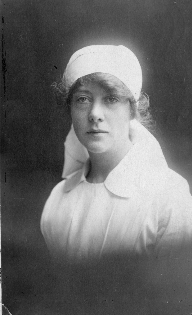 Blackburn Ambulance Award Mr. Richard Henry HARRISON of Montrose Street, Blackburn, has received the award of Serving Brother of the Order of St. John in recognition at long and valued service to the ambulance movement He is one of five Blackburn men and two women to bold this high distinction. Joining the local brigade in 1914, Mr. Harrison served at Netley Hospital, as well as in France and Italy during the war. On one occasion he was congratulated by medical officers at Sandgate. near Folkestone. on the condition of a patient suffering from a fractured spine, whom he safely transported by road from Blackburn to the South. He has served as transport officer for the Blackburn Brigade for over ten years. 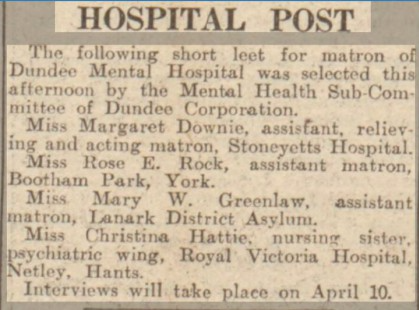 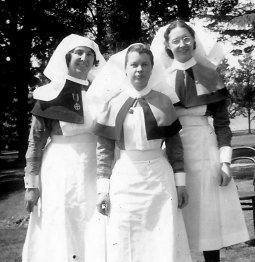 Could be Hilda Ellen Hulf and Valeria Alwyn O'Hern. Thank you Jane Robinson.

Miss Alice HENDLE worked at Netley as a kitchen maid to matron. 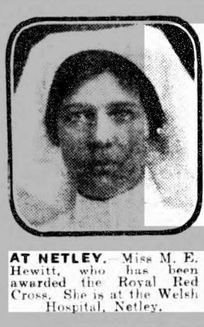 David Ogilvie HOILE was the Staff Assistant Surgeon and was buried in the cemetery on 7th February 1865. J.A. Addison, vicar of Hound took the service according to the burial register.

Sir Arthur Frederick HURST (formerly HERTZ) was in charge of the neurological section at Netley between 1916 - 1918.

Lieut. Col. Francis John JENCKEN RAMC was at the hospital on the 1911 census.

At Southampton, on the 6th inst., in the 71st year of his age and the 42nd of his ministry, the Rev. Charles Donald KAY, D.D., minister of St Mary's Presbyterian Church, Woolston, Southampton, and Acting Chaplain to the Forces, Netley Hospital, sometime minister at the Free Church of Scotland at Innerlaithen and Comrie, died.

John Mackenzie KENNEDY Major and Paymaster of the hospital died 16th July 1866 aged 68 and is buried in the cemetery. Service was taken by Chaplain J.A. Crozier. 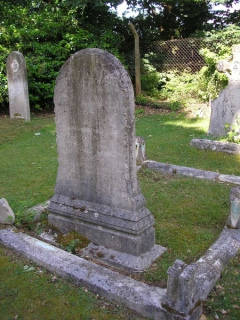 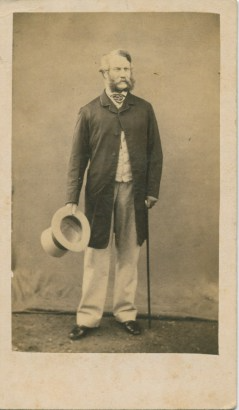 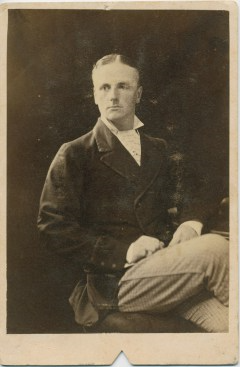 My thanks to Angus for the above information. 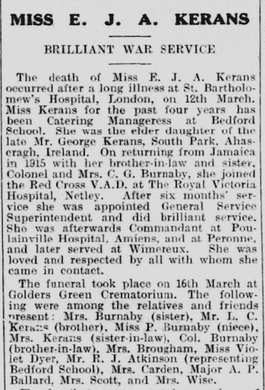 George Durant KERSLEY (1906 - 1993) a physician and rheumatologist, reorganized the army school of physiotherapy at Netley around the time of WWII.

Hon. Emily KINDERSLEY (Seely) was a VAD at Netley in WWI.

This is Ambrose KING who worked at Netley. His obituary is on this link:http://www.theguardian.com/news/2000/nov/07/guardianobituaries1
Thanks to Kip Miller for the photo.

Major Charles Bunbury LAWSON RAMC was at the hospital in the 1911 census.

Major Douglas LAWSON RAMC was at the hospital in the 1911 census. 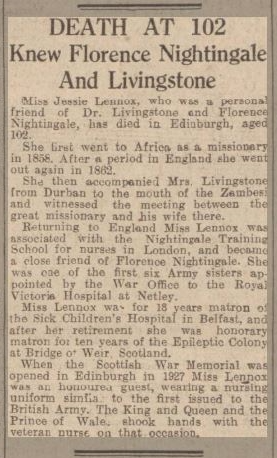 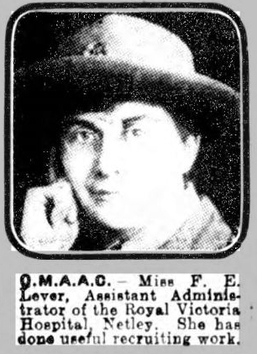 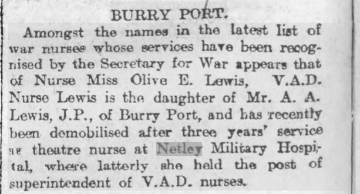 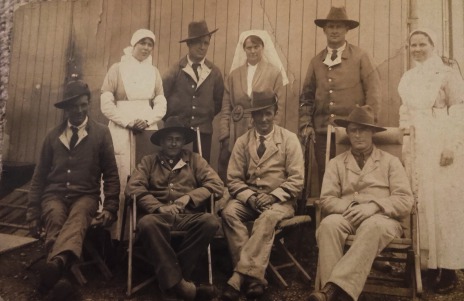 This photo is from Zenia Squires Jamison. The VAD on the far right is her great great grandmother Kezia Jane LILEY and the VAD on the far left is Kezia's daughter Doris. Their VAD cards from the British Red Cross website are below. 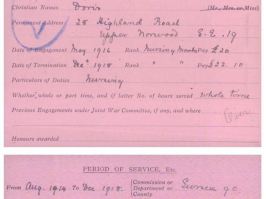 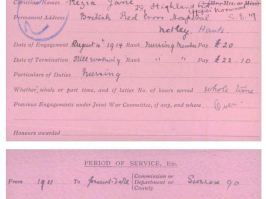 Ethel Annie LLEWELYN was a nurse at the Welsh hospital. More here: