His story, by Elizabeth Hawarth, his granddaughter 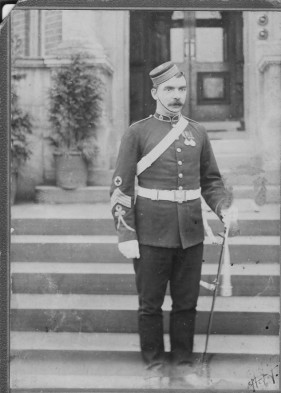 Henry James Ford was born in Codford St Mary, Wiltshire, on 25 August 1867. His father Tom was a journeyman blacksmith, and before her marriage, his mother had been a live-in servant at a house in Warminster, Wiltshire.  Henry was the oldest of 7 children. The family lived in Codford St Mary and later Heytesbury where Henry was employed in a woollen mill.

On 31 March 1887, Henry was recruited to the Army Medical Corps (later to become the Royal Army Medical Corps) in Aldershot, Hampshire. His regimental number was 7712. His age was given as 18 years 9 months but he was actually 19 years 7 months. His occupation was given as ‘labourer’.  Although a fairly slight man at only 5ft 6 ¼ inches tall, with a 34 inch chest and weighing 9st 6lb, he was passed fit for service and that was the beginning of his career as a soldier which ended in 1912 after he had served the regulation 25 years.

He had progressed to the rank of Corporal by the time he met his future wife Ann Hall Hume, daughter of a trawlerman from North Leith, Newhaven near Edinburgh and they married on 19 May 1894 at Russell Street Chapel, Dover, ‘under the Rites and Ceremonies of the Presbyterian Church’.  At the time, Henry was stationed at the military barracks at The Castle, Dover.

In 1895 their first daughter was born in Dover. Henry, now a Sergeant, returned from service in Hong Kong in 1896 and was based in the UK until 1899. During that time his second child was born in Devonport, Plymouth in 1895 and baptised Henry James but always known as Jock.

Between November 1899 and January 1901, Henry, now a Staff Sergeant, went to South Africa to take part in the Second Boer War where he earned the Queen’s South African Medal 1899 and 1900 Natal Clasp. Other medals he received during his military service were the Coronation Medal 1902 (following the coronation of Edward Vll in 1901) and the Long Service and Good Conduct medal in 1905.

At the time of the birth of my mother, Annie Isabella, on 19 March 1905, Henry, Ann, Ada and Jock were living in quarters at North Camp, Farnborough, Hampshire. For a time around 1907 the family were stationed at Fermoy, County Cork, Southern Ireland, then in November that year they sailed off to Singapore where they were stationed until 1910. 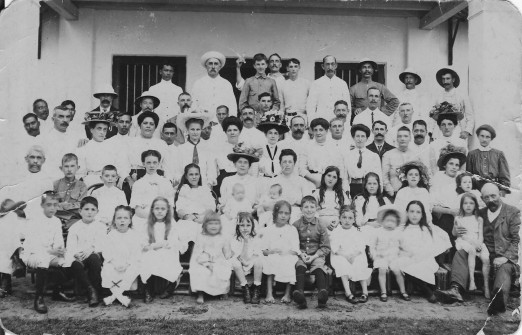 In 1910, Henry and his family returned to England and he took up his last posting which was to Netley Hospital where he worked as a dispenser of medicines. That is all I know about his army service at Netley.  The family lived at 2 Waverley Avenue, Netley, and Jock and Annie attended the military school on the hospital site. Older sister Ada, at 15, was living with them in 1911 but was probably about to launch herself into the world of college or work. 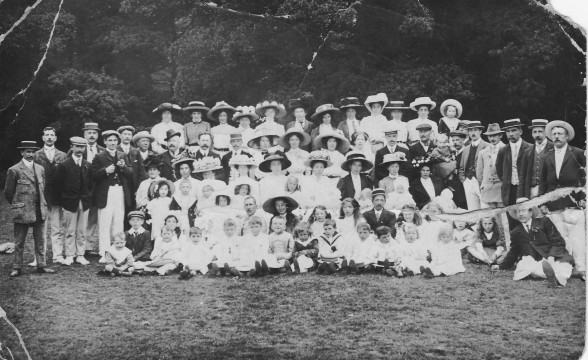 An outing from Netley to the New Forest, circa 1912

Henry was discharged from the Royal Army Medical Corps on 25 March 1912, aged 43, after an exemplary 25-year military career, ending up as a Warrant Officer Sergeant Major. His ‘special qualifications for employment in civil life’ were listed as: ‘dispenser of medicines, store keeper in medical stores, cook, clerk, and steward in a military hospital’.

On 17 April 1912 Henry joined the Corps of Commissionaires in London and moved the family to Chiswick.  Tragically, just over a year later on 26 September 1913, he died of a perforated duodenal ulcer and peritonitis in St George’s Hospital, Hanover Square, London.  His death was registered by his only son Jock, then a 15 year old RAMC cadet based in Aldershot.  Henry was buried at Brookwood Military Cemetery.

After this sad time, Ann and Annie moved to Aldershot where Jock was already living.  As World War 1 unfolded the young RAMC cadet soon became a Private and Bugler in the RAMC, where he would have acted as a stretcher-bearer as well as presumably sounding Reveille, Last Post etc as required.  He was with 88th Field Ambulance, 1st East Anglian Regiment of the RAMC, regimental number 6849.  During his service in the trenches of France and Belgium, Jock sent back lots of postcards to his mother and to his little sister Annie (my mum), which I still have in a photograph album presented to Jock as a schoolboy prize when the family were stationed in Fermoy. Then in the latter part of 1918 came the dreaded telegram to Ann to say that Private Henry Ford had been killed by shellfire in action in Flanders on 2 October.  He was 20 years old. Just over a month later, on 11 November 1918, the armistice was signed and World War 1 came to an end.

Henry and Ann Ford (who died in 1947) are buried at Brookwood Military Cemetery and Jock is also commemorated on the memorial stone, although his actual grave is in the military cemetery at Brandhoek, Belgium. 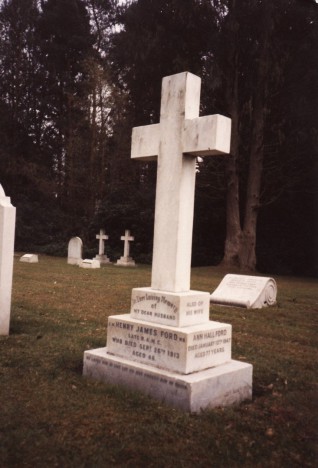 Part of the inscription on the memorial stone reads:

‘We loved him in life, let us not forget him in death’

As I never knew my maternal grandfather, grandmother or uncle,I believe that writing up their stories and sharing them is a very important way to make sure that they are never forgotten.

I can't agree more Elizabeth, thank you for sharing your story.

It would be wonderful if there was someone out there whose relatives might have been stationed at Netley at the same time as my grandfather, or has information about the pharmacy area where he worked.  I would also love to know about the military school which my mother and Uncle Jock attended on the hospital site (I think).  Basically any information would be wonderful!