Beatson, George Steward (1814–1874), army medical officer, third son of Duncan Beatson of Campbeltown, Argyll, was born at Greenock in May 1814. He graduated in arts and medicine at Glasgow (MD 1836) and became LCS (Edinburgh) in 1836. In 1838 he joined the army medical department as assistant surgeon and served on the staff in Ceylon from 1839 to 1851. He married the daughter of Colonel Cochrane of the Ceylon rifle regiment; she predeceased him. He was surgeon to the 51st regiment in the Second Anglo-Burmese War in 1852–3 and served in Turkey during the Crimean War, where he rendered valuable service in the organization of the hospitals at Smyrna. After serving as deputy inspector-general in the Ionian Islands and in Madras, he became surgeon-general in 1863, and was appointed principal medical officer of European troops in India, an appointment which he held with distinction for the customary five years. For the next three years he was in medical charge of the Royal Victoria Hospital, Netley. In March 1866 he was appointed honorary physician to the queen, and was in 1871 principal medical officer in India for the second time, in which capacity he implemented useful reforms. He was appointed a CB on 2 June 1869. Beatson died suddenly at Knollswood, Simla, India, on 7 June 1874, survived by his second wife, Elizabeth Adams Beatson, eldest daughter of Alexander Hoyes of Bitterne Grove, Southampton, and by four sons and three daughters. He was considered one of the ablest officers in the Army Medical Service and highly regarded throughout his profession. 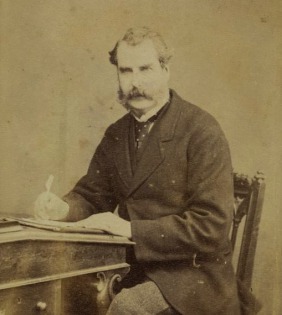 From the Wellcome Library.