Entrance gate to the Hospital from Netley 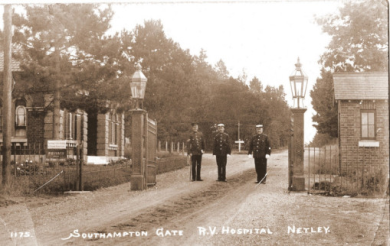 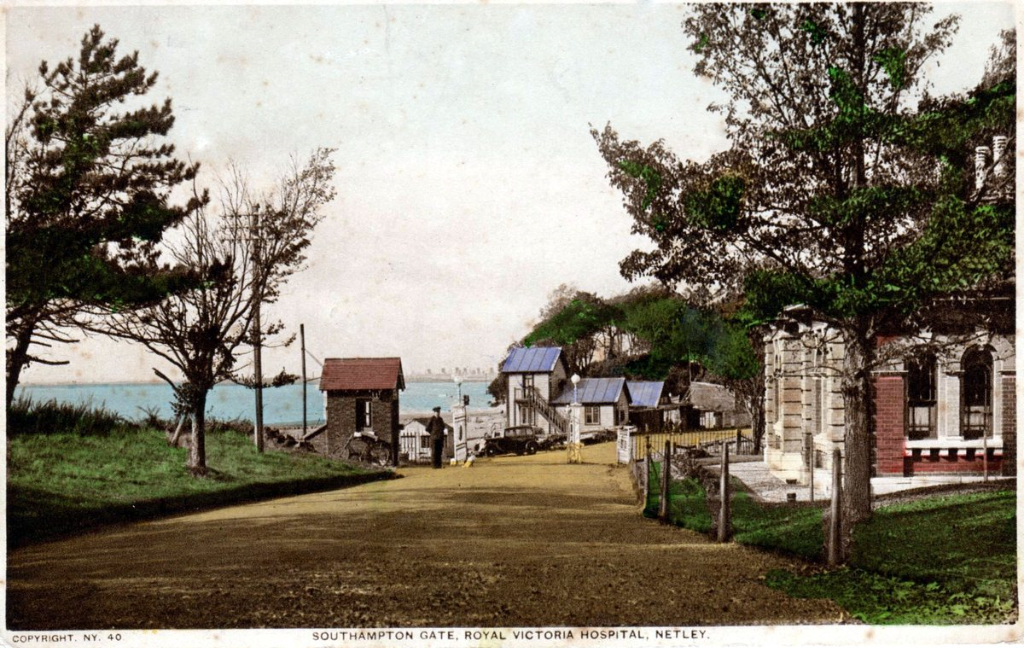 The gate as it is today 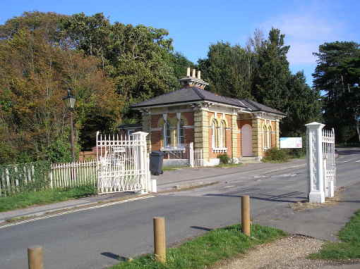 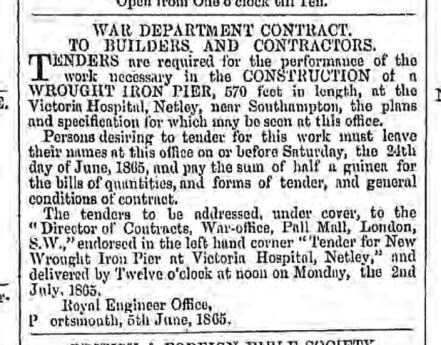 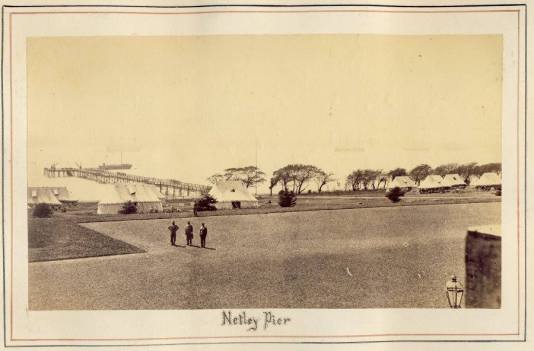 Early photo of the pier 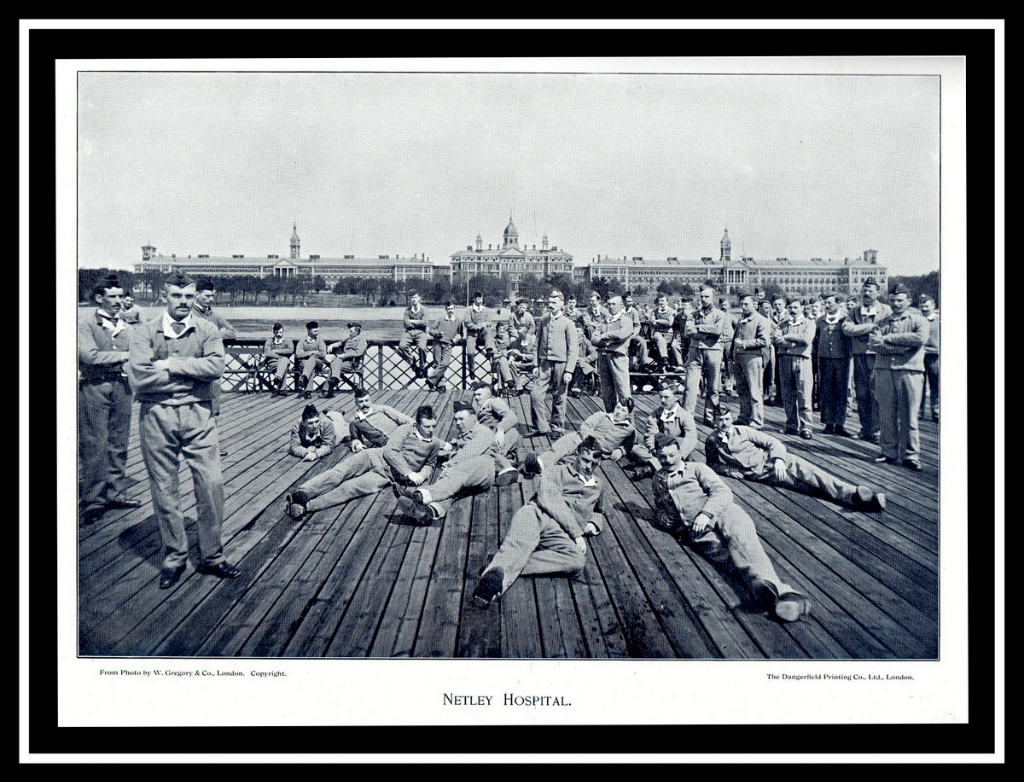 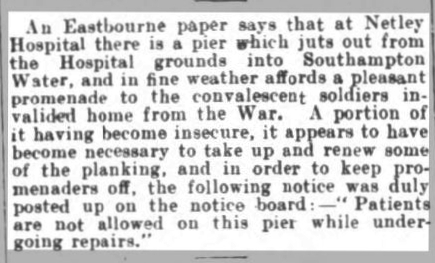 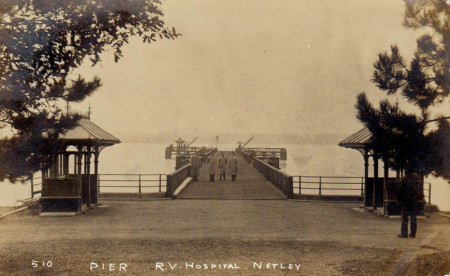 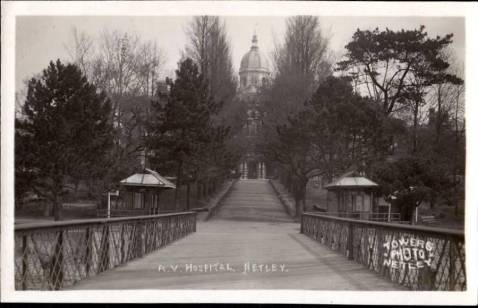 This pier was designed by Eugenius Birch. It was 570 feet long and 15 feet wide with two shelters at the head and benches all along for the patients to sit on. At the end there were cranes to help unload cargo.It wasn't long enough to reach the deep water, so the patients were taken to Southampton docks and transported to Netley via a train. Some smaller vessels were able to use the pier, Queen Victoria arrived here on the Royal yacht Alberta on 12th September 1872 to see her soldiers in the hospital. By 1955 the pier had fallen into disrepair and was not thought worthy of restoration. 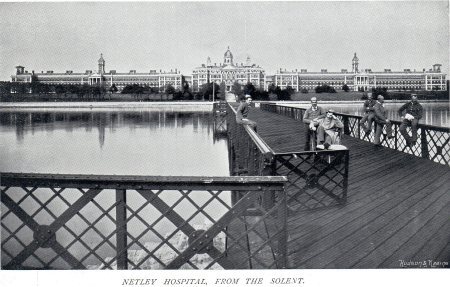 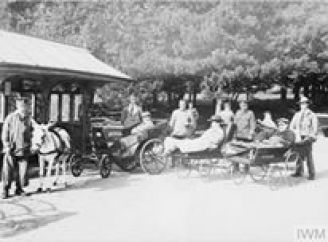 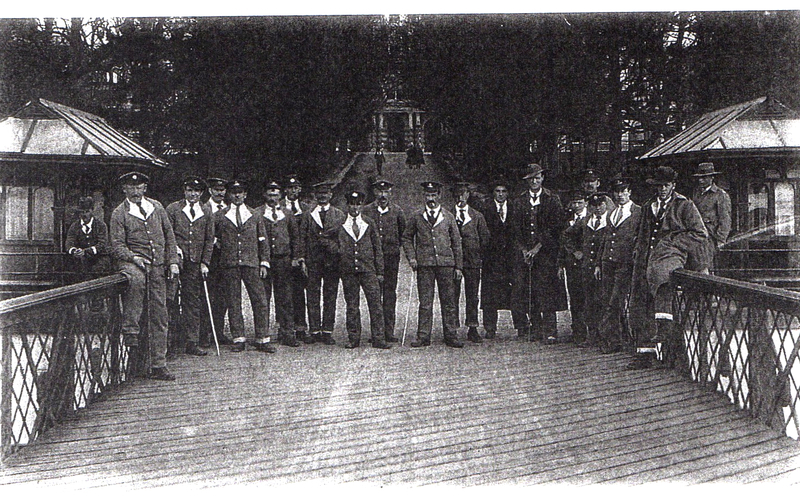 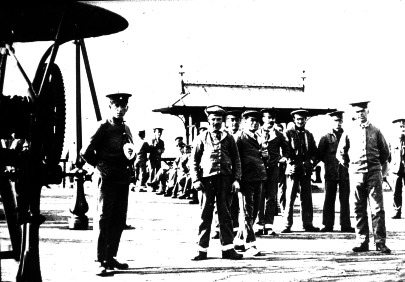 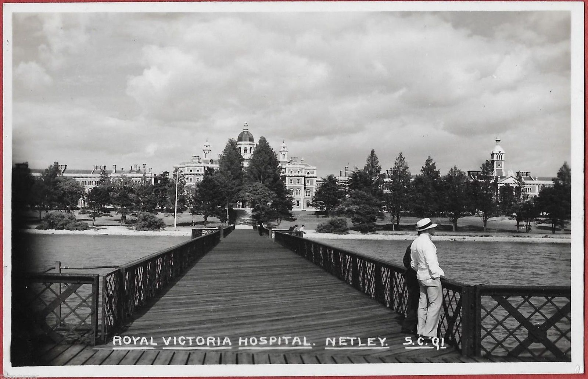 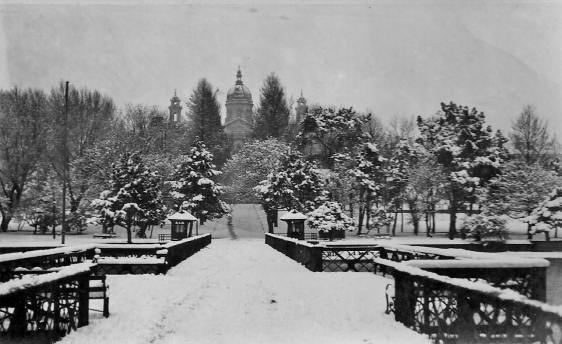 The shore-end of the pier. My Dad tells me there was a Victorian bus-stop-type shelter like that at each side of the approach to the pier. That being the case there is an identical one each just out of sight beyond this one, or else just behind the photographer, who is standing at an angle rather than looking straight up or down the pathway. My Dad said that in his time (early 1950s) only one thir...d of the original length of the pier was still standing (from the shore out to So'ton Water), plus these shelters. Here is a photo of the pier and shelters. The photographer is on the pier looking straight up the pathway to the centre entrance of the main building. The pic is a rare one as it shows a snowy scene.