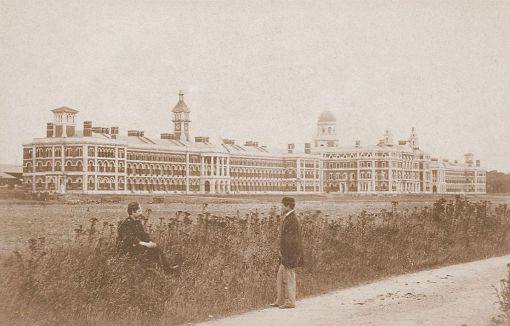 The article below comes from the Good Words magazine which was published in London in 1863. It gives a good insight into what the hospital was like and how it operated when it opened. 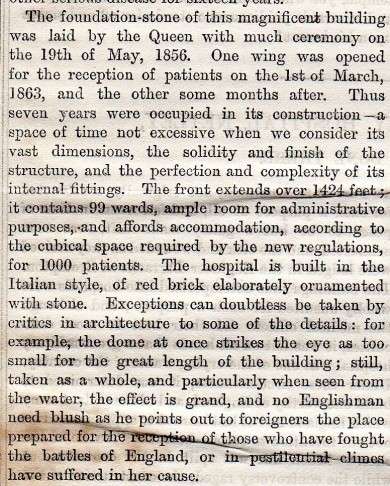 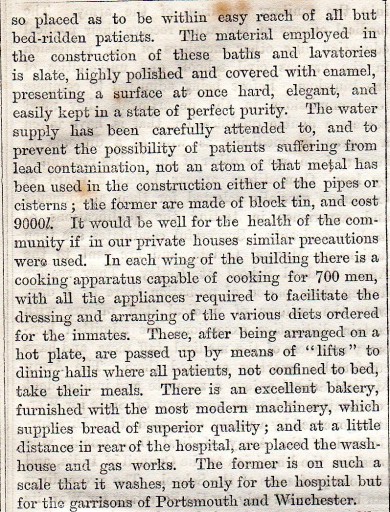 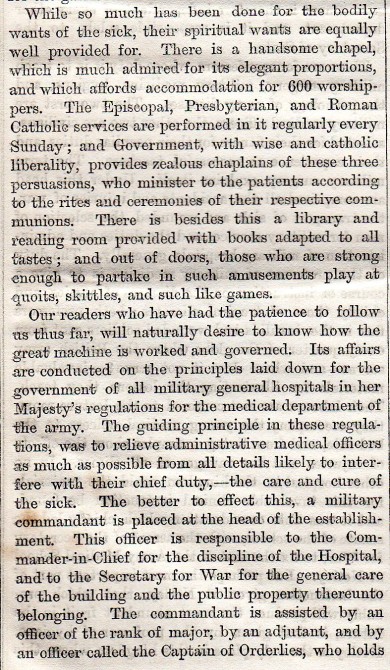 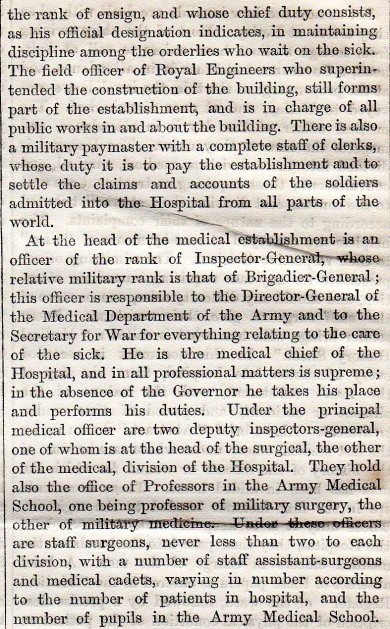 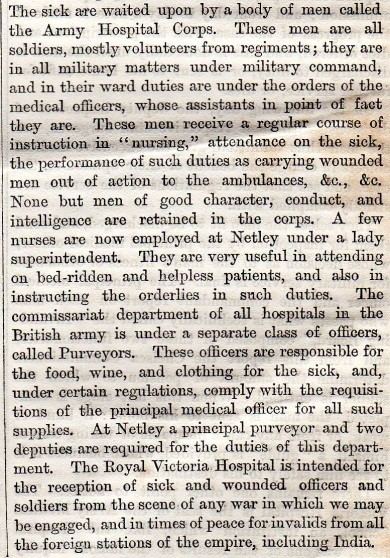 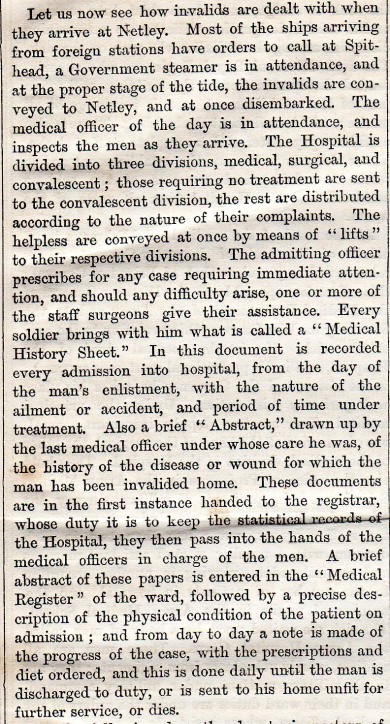 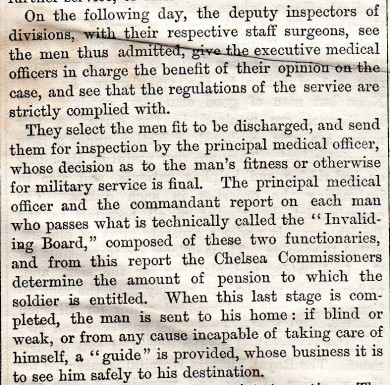 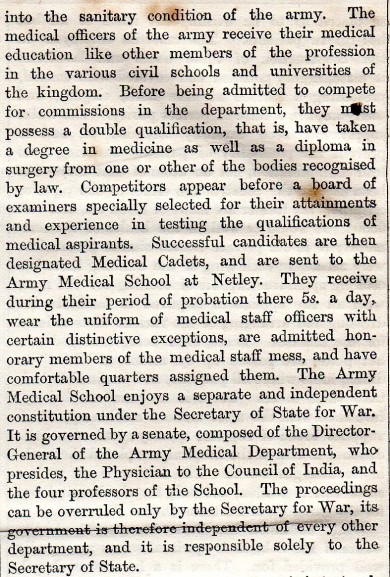 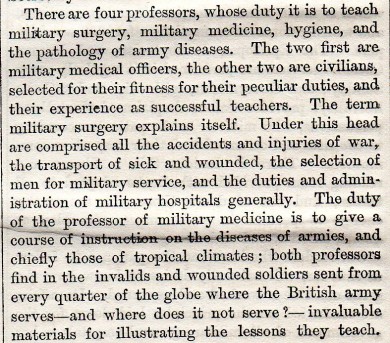 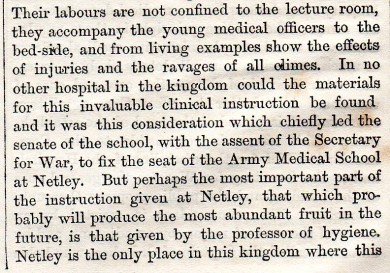 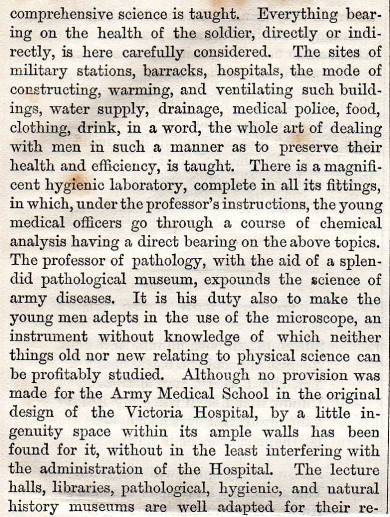 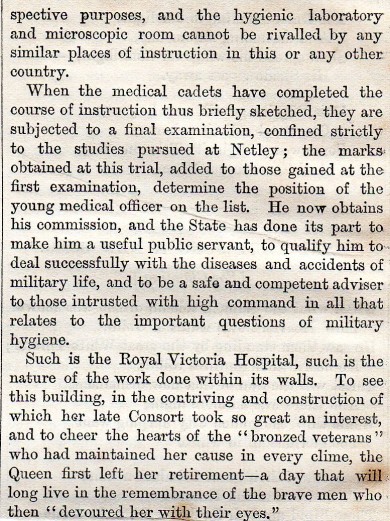 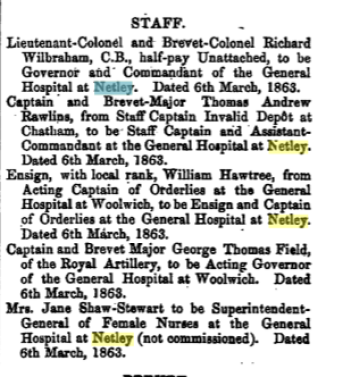 From the London Gazette 6th March 1863 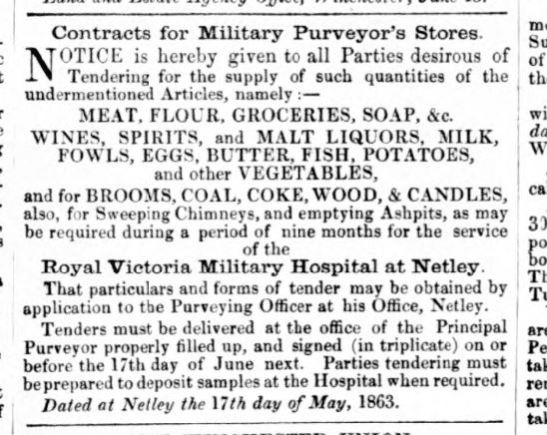 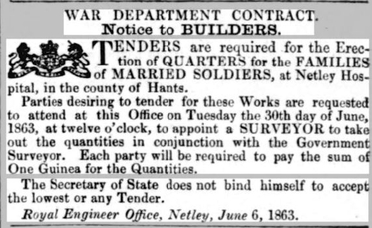 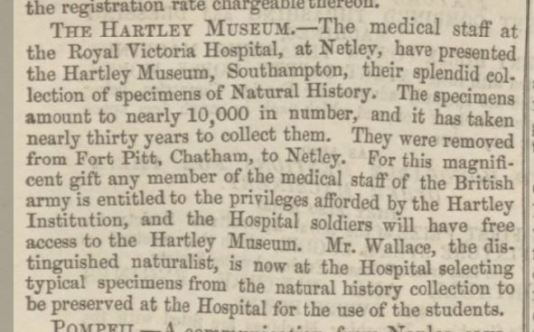 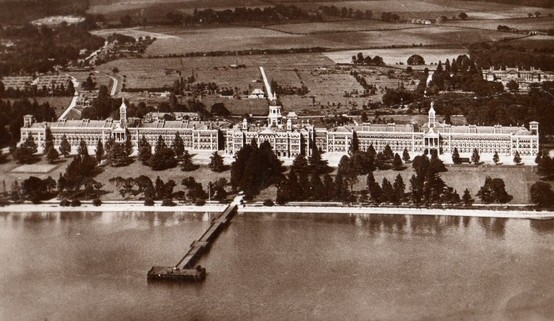 The Front of the Hospital 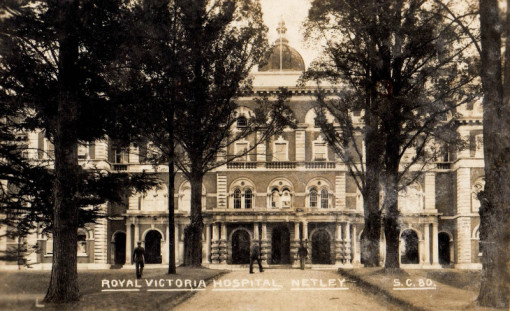 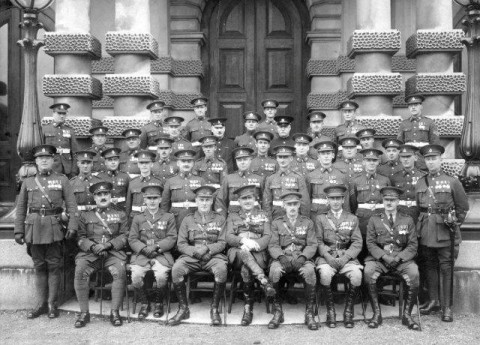 Here is a closer view of the doors of the hospital.

In the photograph is Wilfred Waller (second row from back, centre of doors) who is grandfather to Mike who kindly said I could use this photo.

It was my first visit and as soon as I entered the gates, the atmosphere of times past enfolded me and held me.

The knowledge of what had been once here ensured that my walk would be no ordinary one.

It was a glorious, cloudless day in early autumn. Southampton water glittered through the screen of trees and the air was warm.

As I walked, a slight breeze caused the pines to sigh as if it were a healing balm. My mind began to drift.

I saw men dressed in blue uniforms with red ties.

Some were walking slowly, un-assisted. Others were being pushed in invalid chairs by attendants.

As I looked up the slope to my left, I saw the flat ground where the hospital had stood. Photographs observed in books and files flashed into my mind and I was able to re-erect the whole vast edifice.

The sighing of the pines had changed now to the cocerted whisper of one hundred thousand voices. They were saying "We came to this place victims of war, human debris. With love and skill and dedication, the people here mended our broken bodies and soothed our screaming minds. We left here whole again and at peace with ourselves and the world. This is a blessed place".