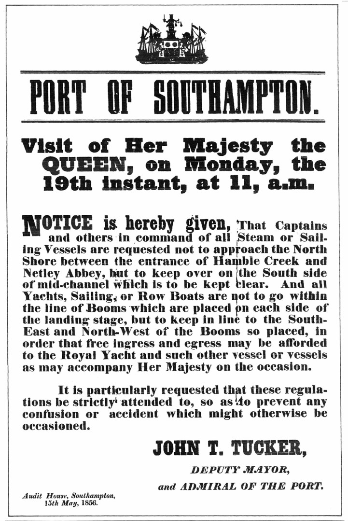 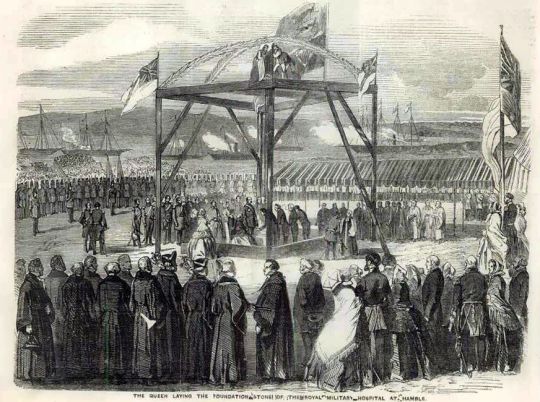 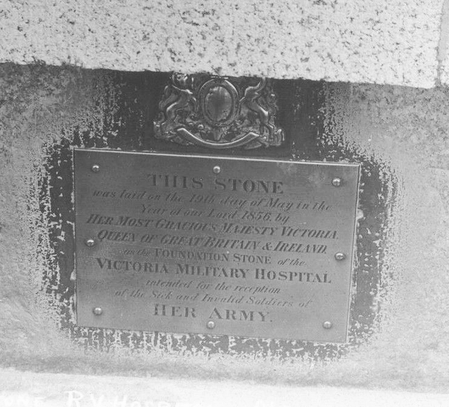 There is a vast ammount of information about the hospital online already, but I hope that you will enjoy reading my pages and taking a look at my postcards and photos that I have collected of the hospital and learning at the same time as me, about the lives of the soldiers and ordinary people who worked at this amazing place throughout the years.

On 19th May 1856 Queen Victoria laid the foundation stone for the hospital. It was needed because there were so many injured soldiers coming home from the Crimean War and there was a need for more hospitals for them to go to.

The hospital was designed by Mr Mennie and the contract for the building was given to Mr George Myers of Lambeth. The gardens were designed by Southampton landscape gardener Mr Page.

Florence Nightingale saw the plans and didn't like them at all and wanted to make some improvements to the design but work was too far in advance.

The building was to be upwards of 480 yards long and was 3 storeys high. It had 138 wards and was capable of handling up to 1000 patients. It was it's own self contained building with accomodation for all the nurses, doctors and military staff. It was a teaching hospital too for a while. It had a gasworks and later an electricity generating station, a post office, a laundry, school, firestation, bakery, shops, storehouses, stables and brickworks.

The patients used to arrive by sea via the jetty, but unfortunately it wasn't long enough at times so later a railway line was laid down so that the soldiers during the Great War 1914-1918 could come off the trains at Southampton and be taken straight to the hospital. 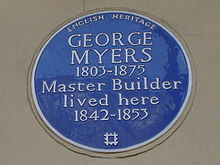 After Queen Victoria laid the foundation stone for the hospital, a salute was fired from a gunboat the "Hardy". Sadly two sailors were killed. Here is a transcription from a newspaper at the time.

The Accident At Netley. Portsmouth May 20th.

An inquest was held this morning on the bodies of the two seamen who were killed yesterday on board the "Hardy" gunboat, during the firing of the salute at the laying of the foundation stone of the new Military Hospital at Netley. The names of the deceased are Michael Devan aged 30 an ordinary seaman and Cornelius Flanagan aged 28, an A.B. Mr Swainson, Admiralty Coroner presided and the jury was composed of an intermixture of officers and seamen.The inquest was held onboard the Hardy in the harbour.

By the evidence, it appears that the gunboats were ordered to fire a salute of 21 guns between them; each vessel firing again at five seconds time. The Hardy had fired her first gun and her turn to fire again had arrived; the gun had been run in for reloading and the second charge was being rammed home by the two deceased men when the bomb exploded and blew them against the side of the vessel. This act of "ramming home" brought the bodies, or rather heads of the unfortunate men in such close contiguity to the mouth of the gun that the flame from the explosion of the powder set their dress on fire and burnt their faces in the most frightful manner. Flanagan did not speak or move after he fell, he appeared to have been instantaneously killed. Devan displayed some slight indications of vitality for about half an hour after the explosion.

The surgeon of the Royal Yacht and the surgeon of the "Arrogant" were immediately signalled for by the Commander of the Hardy, who also lifted his anchor, and ran the Hardy towards those vessels, in order to pick up the boats containing these officers. The jury were very minute in their enquiries as to the cause of the accident, the size and condition of the sponge, and other details of a similar character. They had the sponge produced and tried it in the gun; but they pronounced it in perfectly good condition and in every respect suitable for the gun. By the evidence it would appear that the accident arose from some burning fragment of the first charge being left in the gun and igniting the second charge. This could only arise from defective sponging  by one of the unfortunate deceased. The captain of the gun had his thumb over the vent at the moment as usual, and it was blown off. Devan had served in the trenches before Sebastopol, and was wounded by a shell at the storming of the Malskhoff. Flanagan had served in various parts of the world. The verdict was "Accidental Death" 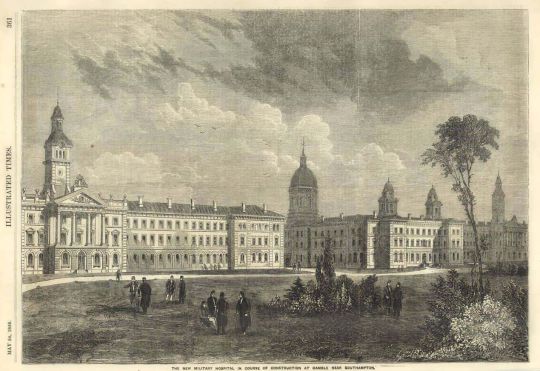 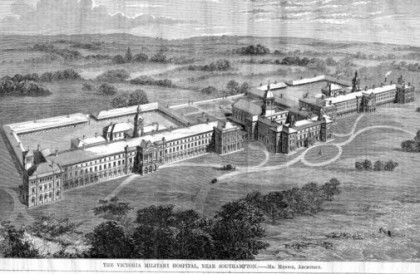 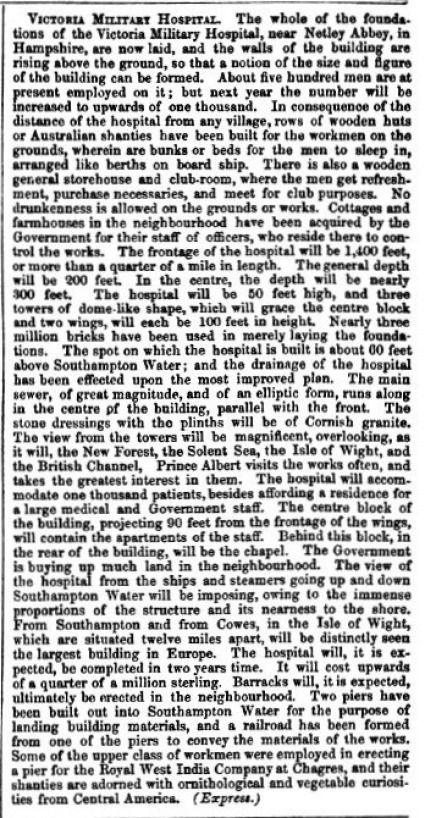 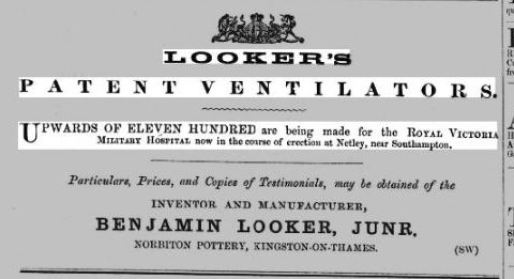 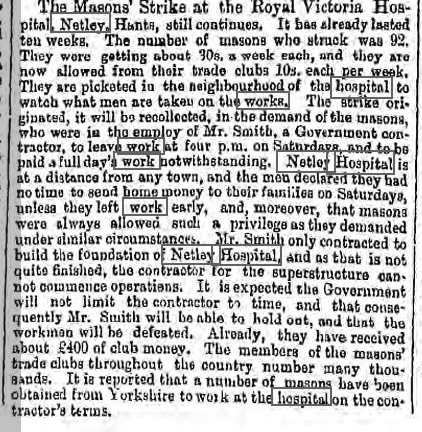 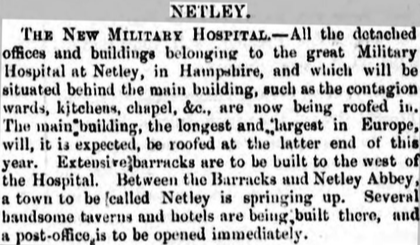 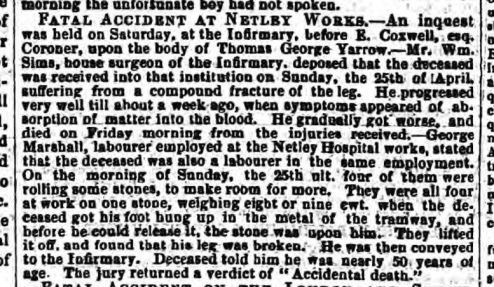 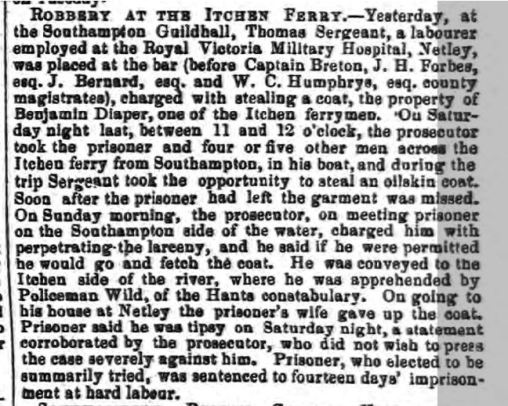 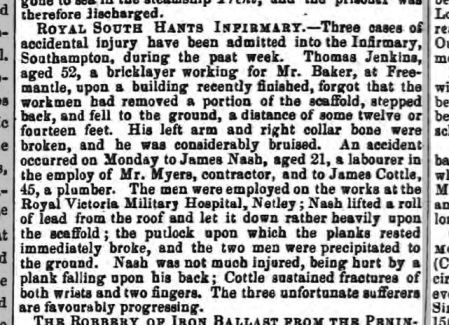 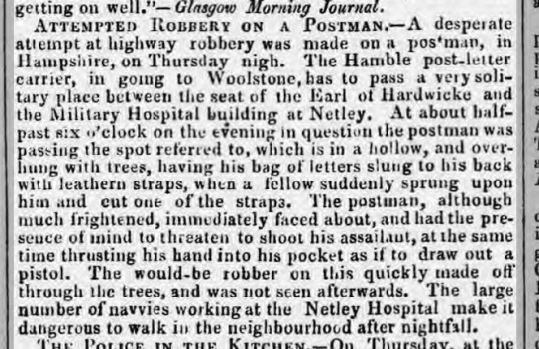 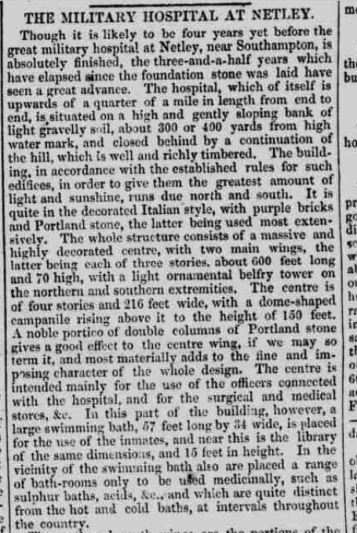 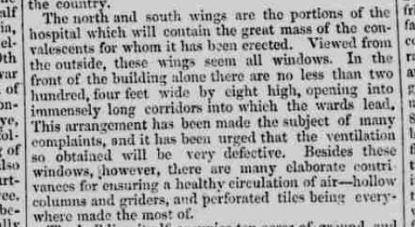 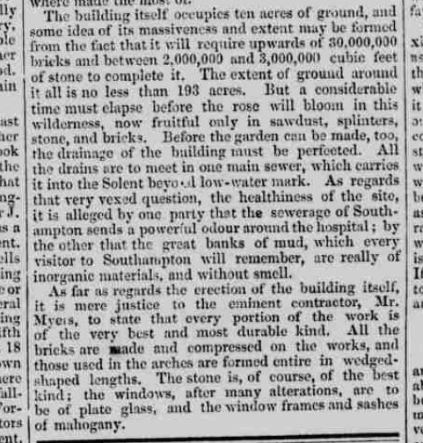 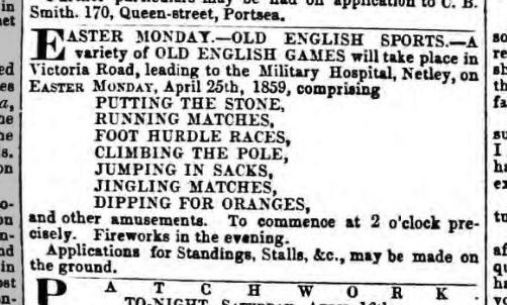 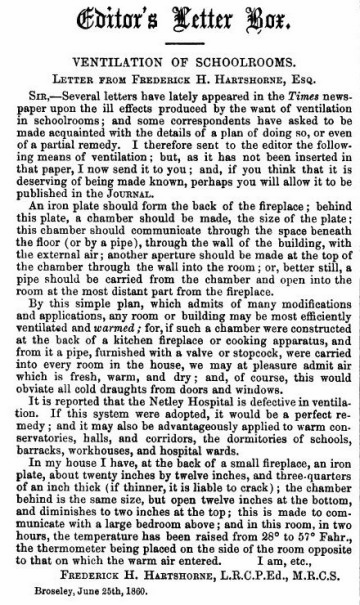 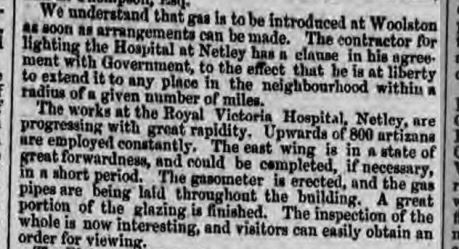 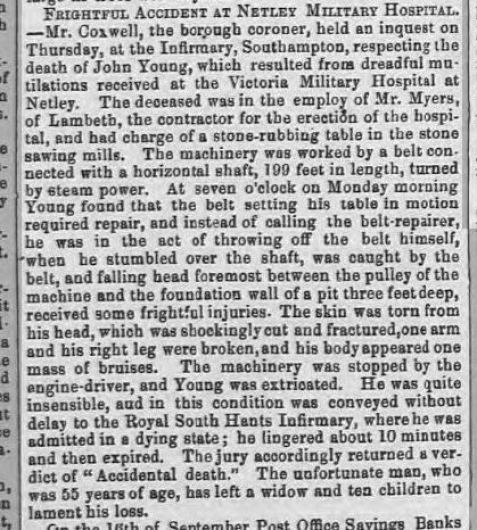 From the Berkshire Chronicle 31st August 1861. Thanks Sue.