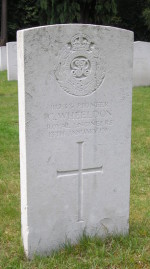 Burial record states that Charles died in the Welsh Hospital at Netley aged 47.

His Service Records state that Charles joined up in August 1915 and died of Carcinoma of the Larynx 5 months later. 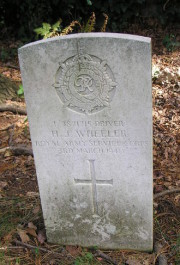 Herbert James was 42 years of age. 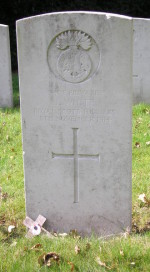 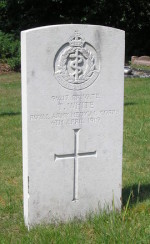 He was married to Katrina. (Army Registers of Soldiers Effects). 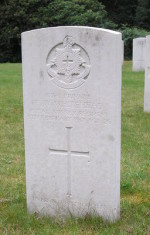 Ever In Our Thoughts

Frederick Walter was born in Rotherhithe to George and Harriet.

Record states that he died on H.S. Formosa. (Army Registers of Soldiers Effects). 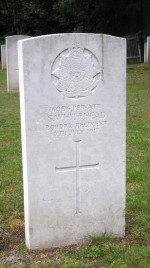 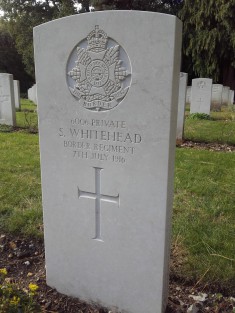 Thanks to kaycee on findagrave.com 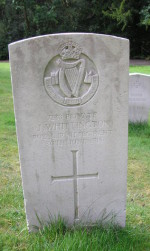 John was born in Bristol, his mother was Jane. (Army Registers of Soldiers Effects) 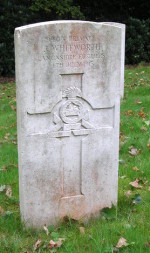 John was married to Ada. (Army Registers of Soldiers Effects) 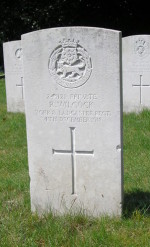 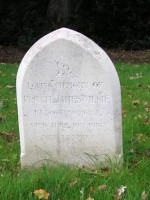 James was a warehouseman from Dundee.(Scotland National Probate Index)

On 26th May 2021 Gavin took his mother Elizabeth, who was visiting from Scotland, to see if they could find James's grave. Eventually they got help from the Chapel team and they found the small private headstone which has been there since August 1916 of Private James Wilkie. Gavin has kindly shared some information written by his mother.

"James was the eldest of 3 children, he had a sister Elizabeth and a brother William who was my grandfather. They lived in Dundee. He was shot and wounded in the Dardanelles in 1916. He was shipped home to Southampton Military Hospital. His mum, my great granny managed to travel from Dundee to see him before he died. My father, James Ross Wilkie, was born in 1926 and was named after his uncle who had died. My father died in 2016 but it was only recently this year that I found the original invoice for James' headstone in my father's papers that I knew where to find his grave".

"My mum was quite emotional finding the grave stone today as my grandad had previously said one of his regrets in life was never visiting the cemetery (they lived in Dumfries, Scotland) and my mum was very close to her Dad and took his and my gran (also Elizabeth Wilkie's) deaths hard in 2016, so it was emotional for her finding the grave of the original Jimmy Wilkie today."

Thank you for sharing. 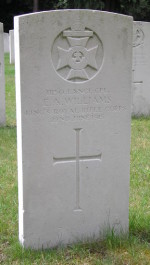 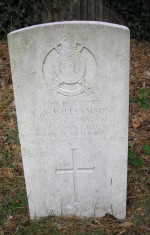 Till We Meet Again

Edgar was in Shirley Isolation Hospital according to Burial Record. 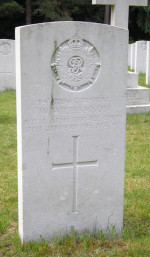 Husband of Annie. William served in the South Africa Campaign with the 19th Hussars.

Burial record states that he died in Romsey aged 45 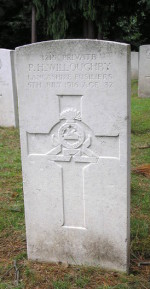 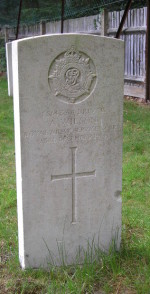 Alfred was born in Yorkshire and married to Sarah. He signed up on the 10th November 1914 aged 46 and was at the Remount Depot at Swaythling.

He was a "Nagsman". (Army Registers of Soldiers Effects). 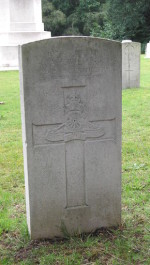 Arthur William is remembered on his parent's headstone.

He was also known as Arthur William Farrow, his mother Flora's maiden name. 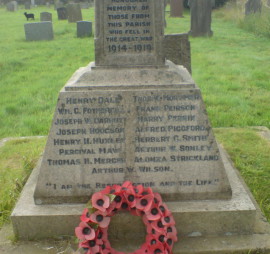 Arthur is remembered on the Rosedale war memorial. Thanks to John Bentley. 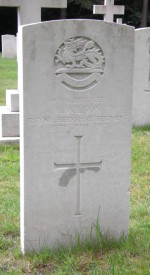 Burial record states that Frederick died at the Royal Berkshire camp on Southampton Common. He was 54 years old.

Army Registers of Soldiers Effects states that he shot himself. 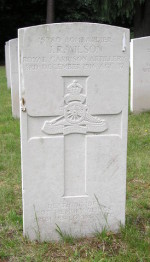 From His Loving Wife

Joseph Richard was the husband of Edith and was born in Yarmouth. (CWGC Register)