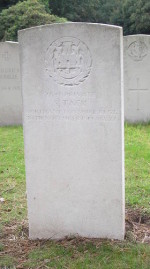 On the Great War Forum there is an article about Sidney from Simon Bull. I hope he doesn't mind me including it here:

Sidney Tack was the first of the men commemorated on the Memorial of the Harrowdens in Northamptonshire to die. It has not been possible to obtain a photograph of him, but his service records give a good description of him. In 1905, when he joined the Army he was 5 feet 5½ inches tall. However he seems to have grown and reached the height of 5 feet and 6¾ inches by the time of his discharge to the Army Reserve in 1912. This reflects the fact that he was approximately 15, and not the 18 that he claimed to be, when he joined the Army! At 15 when he joined the Army he was a little over 8½ stone. He had a fresh complexion and blue eyes with light brown hair.

He joined the Army in 1905, enlisting at Wellingborough and describing himself as a farm labourer. Once in the Army he seems to have had an extremely chequered career. He was convicted of an offence of losing, by neglect, his equipment. His offending led to him being confined to barracks on a number of occasions, and serving periods of detention, the longest of which was 10 days.

During his initial period of service with the Northamptonshire Regiment he served abroad in Aden, in India (where records show him to have been stationed in Poona), and in Malta. In India he contracted malaria which he seems to have subsequently suffered from recurrently.

In 1912 he was serving in Malta when he was returned to the United Kingdom on the basis that he would be transferred to the Reserve upon his arrival in the United Kingdom. This was before the end of his normal term of engagement. It is not possible to say so conclusively, but there is a strong inference that the Army had "had enough" of Sidney Tack and was getting him off its hands.
At the outbreak of War, he was recalled to his Regiment and attached to the 1st Battalion. He was very rapidly sent to France and arrived in France on the 13th of August 1914.

He probably saw action in the Battle of the Aisne in mid-September 1914.

In the chaotic period of mobile warfare that took place in late October and early November 1914 the 1st Battalion War Diary was lost, and it is difficult to piece together exactly what happened to Sidney Tack. However the seriousness of the fighting which the Battalion was involved in during this period is clear from the fact that, by 16 November 1914, the Battalion's strength had been reduced from approximately 1000 men to 300 men, with only two officers left.

By mid-October 1914 the 1st Battalion Northamptonshire Regiment found itself involved in the First Battle of Ypres, in which the German advance in the Ypres area was halted. It was during this Battle, on 26 October 1914, that Sidney Tack suffered a terrible wound. Shrapnel from a shell entered his body and fractured his spine rendering him completely paraplegic.

After being wounded, Sidney Tack made his way down the chain of units treating wounded soldiers until he eventually reached a General Hospital at Boulogne. From there he was brought back to England by ship on 8 November 1914, and taken to the military hospital at Netley, near Southampton. There he died on 24 November 1914 and was buried in the cemetery at the Hospital.

He was awarded the 1914 Star, together with a clasp, the War Medal and the Victory Medal. 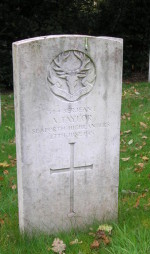 Alexander died from his wounds. He was the son of William - Army Registers of Soldiers Effects. 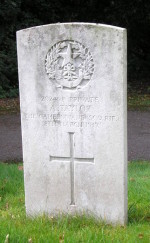 Alexander died from his wounds. His mother was Isabella - Army Registers of Soldiers Effects. 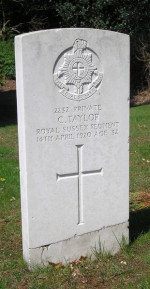 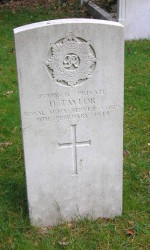 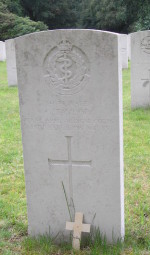 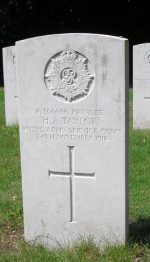 Horace Arthur was the brother of Walter, William and Henry - Army Registers of Soldiers Effects. 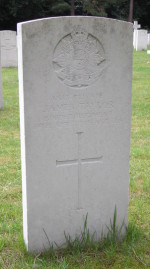 Burial record states that James died on the hospital ship Oxfordshire in the English Channel aged 36 years and 10 months. 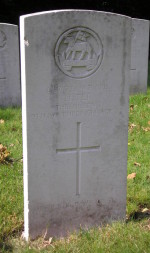 Until The Dawn Break

Harry was a Carriage cleaner.He was married to Alice Harriet - Army Registers of Soldiers Effects. 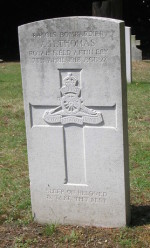 Alfred Herbert was the son of Daisy - Army Registers of Soldiers Effects. 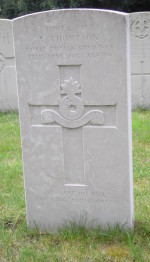 He Gave His Life

For King And Country

Alfred died from Enteric which he contracted on active service. His mother was Emma - Army Registers of Soldiers Effects. 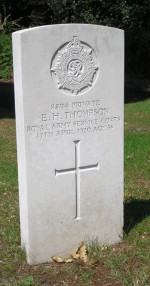 Benjamin James was married to Laoni Mary Kate Lidbury with whom he had 4 children, Ivy, Harold, Ethel and John who later died. They lived in Albert Rd Southampton in the 1911 census. 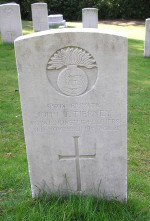 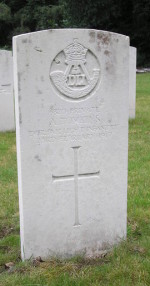 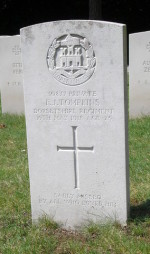 By All Who Loved Him

Frederick John was the son of Walter - Army Registers of Soldiers Effects. 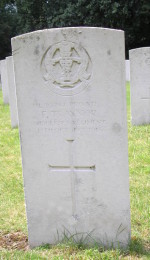 Frank died from his wounds. His brother was William - Army Registers of Soldiers Effects. 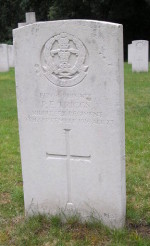 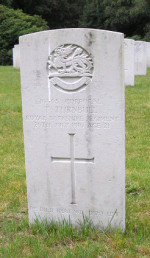 Thomas died from his wounds. He was the son of Harriet - Army Registers of Soldiers Effects. 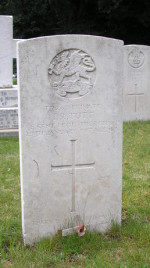 There Is A Blessed Home

Thomas was married to Clara - Army Registers of Soldiers Effects. 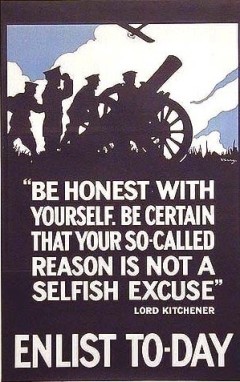