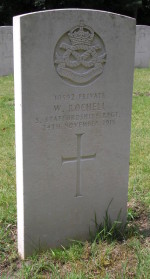 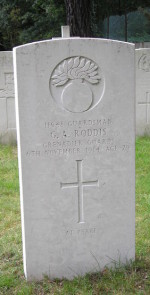 Charles Arthur died of wounds. His father was Walter and he had a sister Ida - Army Registers of Soldiers Effects. 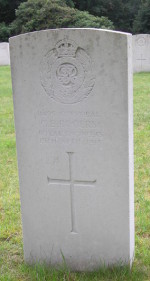 George Edward died from Scepticemia. He was married to Norah - Army Registers of Soldiers Effects. 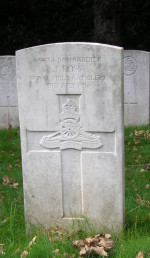 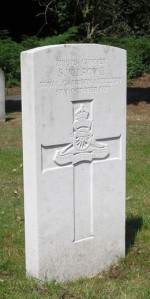 Samuel William John was the son of Annie - Army Registers of Soldiers Effects. 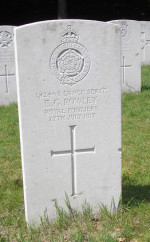 Ernest Gordon was born in Essex. The CWG website states that Ernest was awarded a Military Medal but it isn't listed on his medal card. 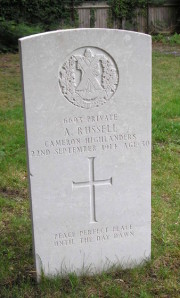 The following article was sent to me by Catherine Switzer in response to my request in the Echo newspaper for stories about the soldiers buried in the cemetery.

Until The Day Dawn

Andrew Russell was the son of Andrew and Eliza Russell of Newtownards. Andrew senior had been a professional soldier and had served in the Zulu war in 1879. No less than five of the couple’s sons – Joseph, John, Andrew, Samuel and Thomas – saw action during the Great War, along with their son-in-law Thomas Clarke. 'All honour to them,' commented the Chronicle in 1914, 'and all honour to the mother
who bore them.'

Andrew was an army reservist, which meant that when war was declared on 4 August 1914, he was called back to his regiment, the Cameron Highlanders. At that time, he was living in Templemore Street, Belfast, and working in the shipyards. He had married less than a year before and his wife Mary was heavily pregnant when he was called away.

The 1st Cameron Highlanders were amongst the first battalions sent to France in the
attempt to stem the German advance. While on active service, Andrew made sure
to send postcards back to his mother in Mark Street to make sure she knew he
was well. Eliza received a postcard from Andrew dated 4 September, but heard
nothing more for several weeks.

Unknown to those at home, Andrew's battalion engaged with the German army near the Chemin des Dames. September 14 dawned amid heavy rainfall and mist, which prevented the Highlanders maintaining proper observation of the enemy and made the job of holding their position against strong German attacks even more difficult than it already was.

Their war diary records that, in these confused and difficult conditions, ‘Throughout the day the behaviour of the battalion was magnificent. On September 20th,
Sir John French told the Brigadier that the results of the action had been most
important and highly recommended the conduct of the Brigade.’

Andrew Russell would definately have taken part in this fighting but the records do not show whether he was wounded during this action, or in the day or two following. On the 19th September he was admitted to a military hospital in Netley near Southampton with a bullet wound to the chest. He died four days later.

The tragedy of his death was compounded by the fact that, back in Belfast, his wife had given birth to a baby girl on 20th September. It is unlikely that this information would have reached Andrew before he died. The Chronicle concluded it's report of Andrew's death with the hope that "in her depths of sorrow, it will doubtless be some consolation to (Mary Russell) to realise that her husband met his death in a noble cause, fighting for the honour of his King and his country"

Andrew was the first Newtownards man to die during the war but, as the town war memorial shows, he was far from the last. He is buried in Netley Military Cemetery in Southampton, and is also commemorated on the Newtownards war memorial, and in St Mark's Parish church.

My thanks to Catherine and her father for letting me use their research.

His effects were sent to his widow Mary.

Burial no 1587 Church of England 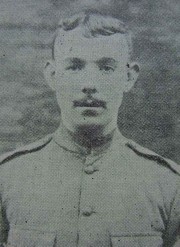 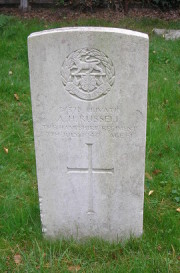 Arthur was in the Royal South Hants Hospital. 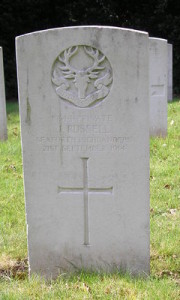 James was born in Berwick. His effects were sent to his widow Lily Mary. 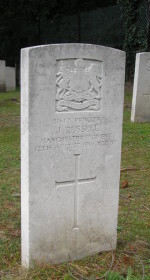 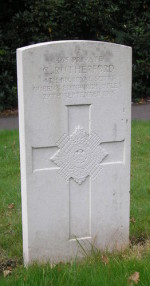 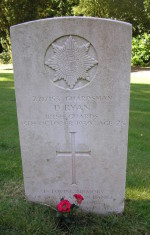 Of Our Dear Son Daniel 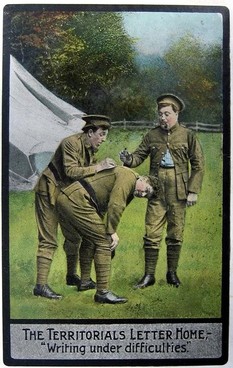