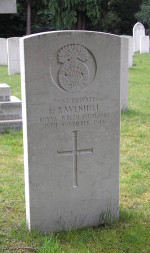 Edward Northwood was born in Birmingham. His effects were sent to his wife Ellen. 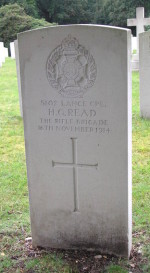 Herbert George was born in Ipswich. He was a Printsman upon enlistment. He died of his wounds received in action. His effects went to his mother Lily. 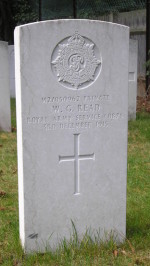 William George was the son of Richard - Army Registers of Soldiers Effects.

Burial record states that he died onboard H.M.S. Aquitania aged 24 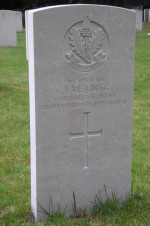 Joseph Ernest was a bandsman. He died of Tubercular Meningitis contracted whilst on active service. Mary was his mother - Army Registers of Soldiers Effects. 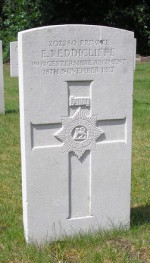 Edward was the son of Bessie and William. He died at the University War Hospital in Southampton - Army Registers of Soldiers Effects.

Thomas was employed in the remount service of the Army Service Corps at Southampton, loading horses onto ships ready for embarkation to battle zones. On 7th August 1917, a horse that he was loading onto a ship., reared up and kicked his head. He was taken to the nearby Netley Hospital, but died two days later on 9th August 1917 from a fractured skull, concussion and compression of the brain.

He was married to Edith Sellars and they had four children.

From Epsom and Ewell History Explorer 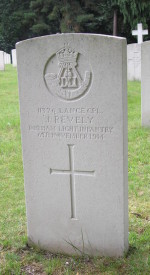 Joseph died of wounds. He was the son of Edmund - Army Registers of Soldiers Effects. 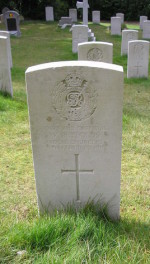 William had a sister Margaret - Army Registers of Soldiers Effects. 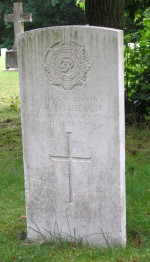 James age 48. Burial record states that he died whilst on his way back from France. Chaplain Charles Smith took the service. 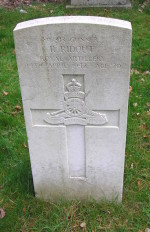 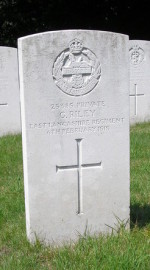 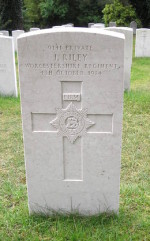 John was a painter, born in Wolverhampton. His effects were sent to his father William. 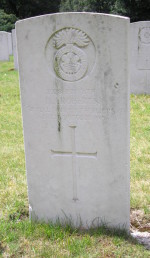 Hugh John died at the University War Hospital Southampton from Enteric Fever - Army Registers of Soldiers Effects. There is also a document on Ancestry which states he died at sea. 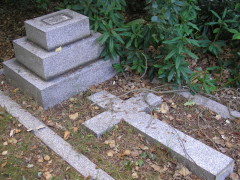 Blessed are the pure in heart for they shall see God

From Enemies at Peace by Simon Daniels ( see Research Recommendations)

At dawn on the 14th July, Jim, in command of B Company, was ordered with the rest of the brigade to attack some high ground believed to be part of the German defensive works. It was called High Wood, known as Foreaux on the map. The fight at High Wood was incredibly fierce and now that the British had taken the hill, they fought doggedly to keep it. So it was, that Jim was here, desperately fighting to try to work along the southern side of High Wood and drive the Germans out, when a German shot rang out as just one of a million other shots. Jim fell suddenly. Medical orderlies rushed to him with a stretcher; they made a quick appraisal of the wound and he was taken to a field dressing station, where he was found to have been shot in the neck and he clearly had a serious back injury; probably the bullet passed through his neck and hit his spine. He needed urgent hospital treatment and was carried onto a crowded, stinking hospital train which jolted him as fast as it could to the nearest port where he was put on board a ship for a British hospital.

On the 20th July 1916, in a surgical ward for officers at this awesome military hospital, (Netley) James Thursby Roberts died of his wounds. He was just 20 years old. The cause of his death was certified by Charles H. Miller MD, who stated that the immediate cause was:

1. Gunshot wound to the neck

The contributing factor was stated as:

Buried in Officers plot  Burial no1818 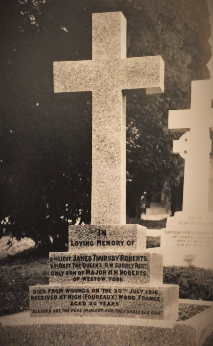 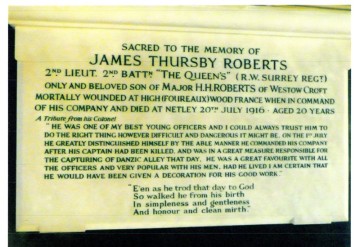 This memorial is in St Mary's Parish Church 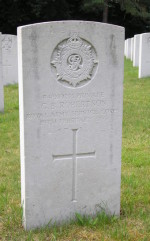 Benjamin was in the ASC Remounts 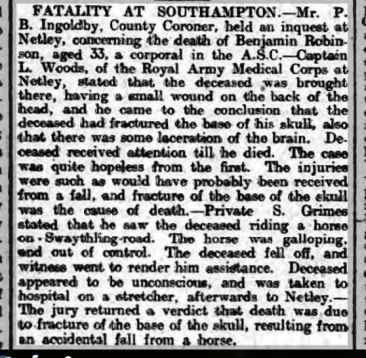 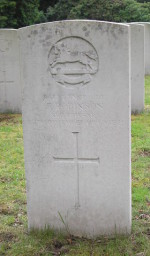 Frederick died of wounds recived in action. His mother was Ellen - Army Registers of Soldiers Effects.