WHAT MADE AN OLD CONTEMPTIBLE ?

To qualify as an "Old Contemptible" the soldier would have to have seen active service actually in France and Flanders between 5 August and 22 November 1914. For this he would qualify for the medal known as the 1914 Star. This medal was introduced in 1917. In 1919 a clasp bearing the qualifying dates was authorised and given to soldiers who had actually been under fire between those dates. It was also known as the "Mons Star"

Here is a link to a very interesting website where the above came from: 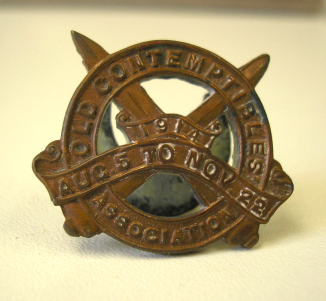 Further research is needed because some didn't get to France and died at home of  other ailments or accidents.