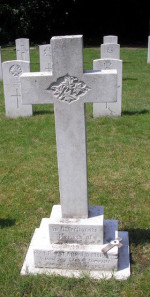 In Affectionate Memory Of

Son of Robert Henry and Ella Marlow. He was born around 1873 and died from Emphysema according to his service records on ancestry. 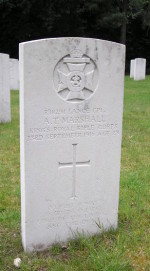 Lord Of The Living 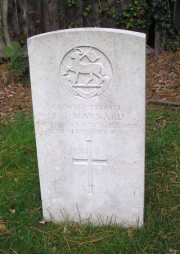 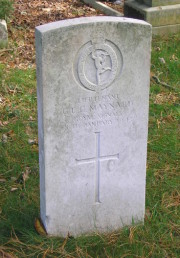 Here is information about George from 'A team from St Mary's Church, Old Harlow'. Thank you very much.

The Electoral Rolls show the family living at ‘Dunelm’, Old Road, Harlow from 1927.  George was educated at Harlow College.  After he left he served as Assistant Secretary of the Old Harlovians Club.  According to their ‘Summer 1939’ magazine he was still living at ‘Dunelm’.  He is commemorated on the Harlow College War Memorial Tablet in the Harlow Museum.  When he died his parents had two addresses, one in Harlow and the other in Cambridge.

The 1939 Register describes Francis as a Tea Planter.  He was working as the Area Officer of the ARP (Air Raid Precautions) based at their Epping Headquarters.  George’s brother David, aged 17, was also there, working on the switchboard.  George, at the time, was a patient at St George’s Hospital, Westminster.  He was said to be a wireless operator.

George served in the Royal Corps of Signals (Parachute Brigade, later part of the Airborne Division).  In 1940 Winston Churchill had ordered the War Office to initiate a Corps of Parachute Troops.  They trained in the UK in 1941 and later that year the 1st Parachute Brigade Signal Division was formed.  On 15.03.1941 George was given a Regular Army Emergency Commission as 2nd Lieutenant 177218.  He was later promoted to Lieutenant.

In November 1942 the Brigade was sent on active service in North Africa but George seems to have remained in the UK.  He died of wounds in the Royal Victoria Military Hospital, Netley on 26.01 1943, aged 23.  The British Army Casualty Lists say that he died as the result of an accident.

George is buried in the Officers Plot, grave 2212 (see right) at Netley Military Cemetery, Hampshire, in the grounds of the former hospital.  A report of his death is preserved in the Andrews Newspaper Index Cards. 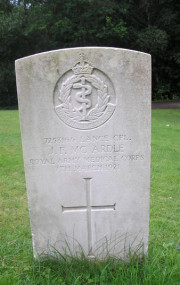 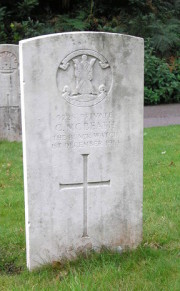 Charles died on the last day of November by drowning according to the burial record. It states that date because that is when he went missing.It also says that he wasn't buried until the 16th September 1915. 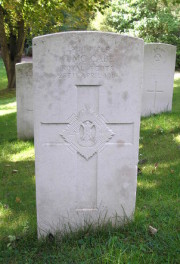 He married Mary McKenna on 31st January 1914, they didn't have any children.

He enlisted in May 1906 and was posted abroad (place names unreadable). Charles became a Piper in 1913.

Mary was awarded a pension of 10 shillings a week effective from 30th October 1916. There was a query as to whether she was eligible for a pension. Charles died from dysentery and this had to be proved that he contracted it when he was on active service, which he did.

In Charge of Medical Division At Royal Victoria Hospital 1911 – 1914

Also of His Eldest Son

The King’s Own Royal Lancaster Regt.

A Much Loved Wife Mother and Grandmother

Knight of Grace of the Order of St. John of Jerusalem in England. M.B. Husband of C. M. McCulloch, of 24, Ramsbury Rd., St. Albans.

Burial no. 1707 Church of England Thomas and Cecilia have the same burial record number but there is an entry for Cecilia towards the end of the records with the same number. His son is not buried here. 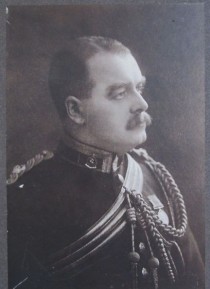 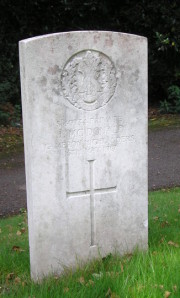 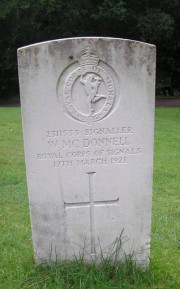 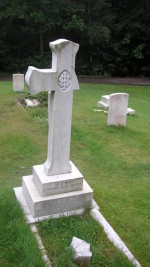 On His Soul Sweet Jesus Have Mercy

James Gregory comes from a military family. His father Patrick Joseph served in the Boer War and was awarded the Queens South African medal with clasps for Wittenberg, Cape Colony and Orange Free State. Also the Good Conduct and Long Service medals.

James was born in Folkestone to his parents Patrick and Mary Anne in 1888. In 1908, he enlisted at Aldershot where he was medically examined and pronounced fit for service. In 1910, age 22, he was in the Corps of Army Schoolmasters which eventually became the Royal Army Educational Corps. The Corps. was set up in 1857 after army research showed that 20% of recruits were illiterate and another 20% could neither read nor write. In the 10 years after, the rate was halved.

James went on to marry Kathleen May Kirkwood on 7th August 1912 in Dublin. They had 3 children – Terence, Desmond and Mary.

He was an army teacher in Bangalore, India after his marriage. One of his obituaries states “He excelled in every kind of sport - cricket, hockey, football, tennis and billiards. For seven years he was the mainstay of the Bangalore Gymkhana Club. His mercurial temperament, his ready wit, his untiring energy, his inexhaustible store of good stories, made him an acquisition in any company. On the homeward voyage (to England), Mr McGlynn was indefatigable in organising concerts and sports for the troops and children on board, and even when ill with influenza, insisted on attending an entertainment promised to the children.”

“For five years he was honorary treasurer of the Departmental and Staff Club, where he was one of the most popular members. It is but a few weeks ago since he came to this office with Mrs. McGlinn to say goodbye, and it seems that he can have hardly more than reached England, from which he had been absent for eight years, before he was attacked with influenza and entered Netley Hospital, where his illness ended fatally. The late Mr McGlinn was only thirty years of age, and leaves a widow and three children. To say that the very deepest of sympathy will be felt for Mrs McGlinn – also well known in the Bangalore musical world – and her little ones is to utter a commonplace, but we know that the sorrow and sympathy in this case will be very real, widespread and lasting. We are informed that there were many tears in Baird Barracks Army Schools this morning – nor are we surprised thereat.”

James developed pneumonia and died on the 4th April 1920.

All the above information was sent to me by Robert Jewell, James’s and Kitty’s grandson. I found his family tree on Ancestry and he very kindly sent me his family history and photographs for which I am very grateful. 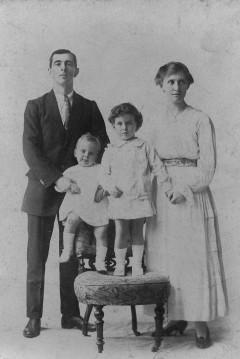 James and Kitty with Terrence and Desmond abt 1918 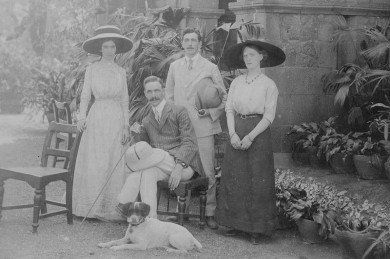 James and Kitty on the right in India abt. 1918 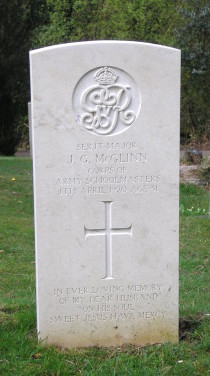 James's damaged headstone was replaced by a Commonwealth War headstone at the request of his family. 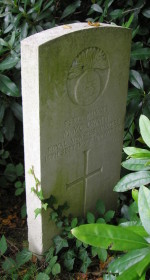 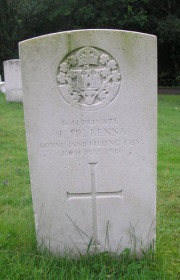 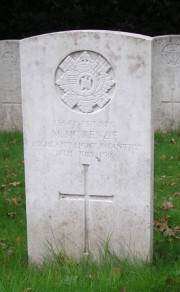 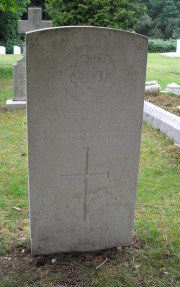 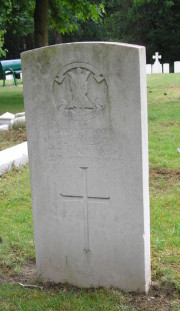 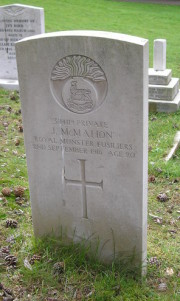 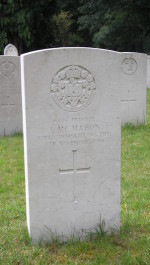 John was married to Sarah Anne. 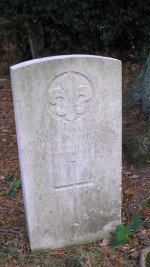 Malcolm was always known as Len. He was born in London. In May 1927, he went to Canada under a Church Army sponsored scheme to train to be a farmer but this didn't work out because he returned in 1932.

He died of acute meningitis in the Isolation Hospital in Southampton. He was 28 years old.

My special thanks to Pat for this information.﻿ 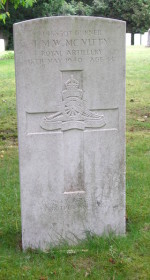 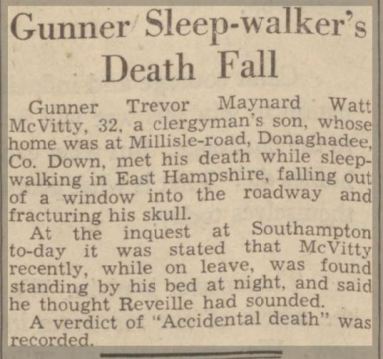